A predominantly industrial town, Scunthorpe, the UK's largest steel processing centre, is also known as the "Industrial Garden Town". It is the third largest settlement in Lincolnshire after Grimsby and Lincoln. The town appears in the Doomsday Book (1086) as Escumetorp, Old Norse for "Skuma's homestead", a site which is believed to be in the town centre close to where the present-day Market Hill is located. Darren Bett, the BBC weather reporter was born in Scunthorpe as was golfer Tony Jacklin. 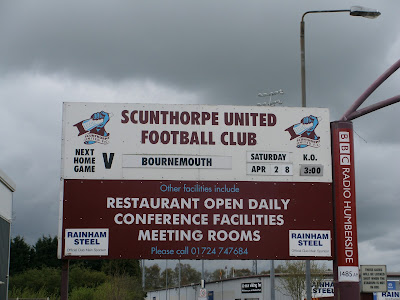 Today marked a significant achievement for this Pieman. Back in 1988, a visit to Scarborough v Hereford United enabled him to complete ‘The 92’. Subsequently, there have been many changes to the constitution of the league, in addition to new stadiums being built for clubs. Accordingly, it is fair to say that ‘membership’ of this particular ‘club’ had somewhat lapsed! Recent seasons have seen a determined effort to regain accreditation. Graeme (top hopper on FootballFans.eu) recently asked why I had not been to Scunny? I could not provide a proper answer but I have now put this right. 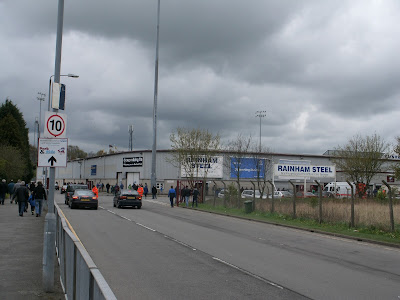 In 1982 I visited Scunthorpe United’s previous home The Old Showground. Glanford Park opened in 1988 at a construction cost of £2.5 million, housing a total of 9,088 supporters. It was the first time that an English football club had moved to a new purpose-built stadium in 33 years, since Southend United moved to Roots Hall in 1955. 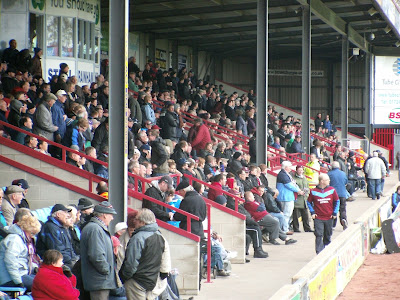 Via Doncaster, we arrived at Scunthorpe around midday and made our way direct to The Honest Lawyer public house, a few minutes walk from the railway station. At this establishment, this Pieman enjoyed Rupert’s Ruin (4.2%) from the Springhead Brewery, Pinnacle (4.1%) from Naylor’s Brewery and the reliable Timothy Taylor Landlord Bitter. 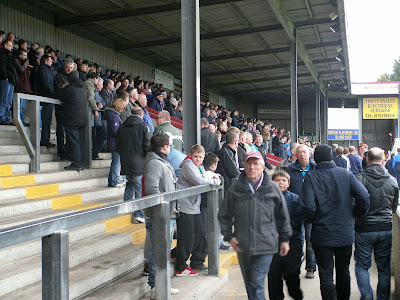 From the pub we walked to Glanford Park. Our train had passed the stadium prior to arriving at Scunthorpe and heading back towards Doncaster (along Doncaster Road) did the trick. I would estimate that the walk took around 35 minutes but we did have the benefit of going down the hill. On arrival at the stadium, having taken a few photographs outside we purchased tickets for the home terraced end. Just occasionally, it is good to be able to stand on the terraces at a league match! 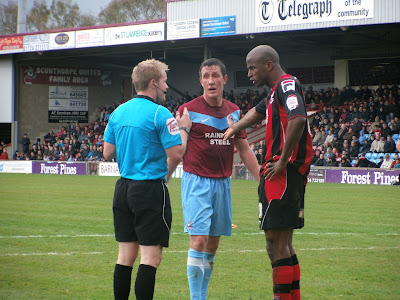 Although unspectacular in appearance, the stadium is functional and a good view can be had from all areas. The home end is the only standing area in the ground. All areas are covered and refreshment facilities are contained in all areas. The match was not a classic (how often do we say that? - Ed) and the atmosphere was subdued. AFC Bournemouth led at the break but a rousing finale saw the home side improve midway through the second period resulting in an equaliser. This awoke the home support and the final minutes of the match were probably the most exciting of the 90! 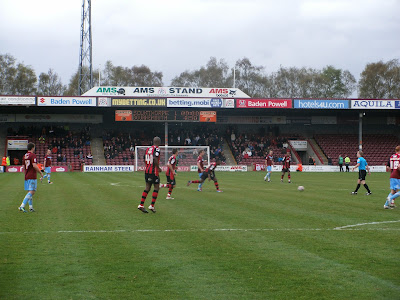 After the match we struck lucky just before ascending Doncaster Road. An empty bus heading for town was flagged down. Our luck improved further when the driver offered to take us to the railway station after ending his shift at the bus station. We were able to catch the 17:18 train to Doncaster, where we adjourned to the nearby Corner Pin to enjoy Bow Hauler (4.1%) from Geeves Brewery (Barnsley). Back at London Kings Cross for 21:15 back home for 22:00, all in all a good day out in Lincolnshire. My travelling companions are both attempting to complete their ‘92’s’ and I wish them well in that quest. 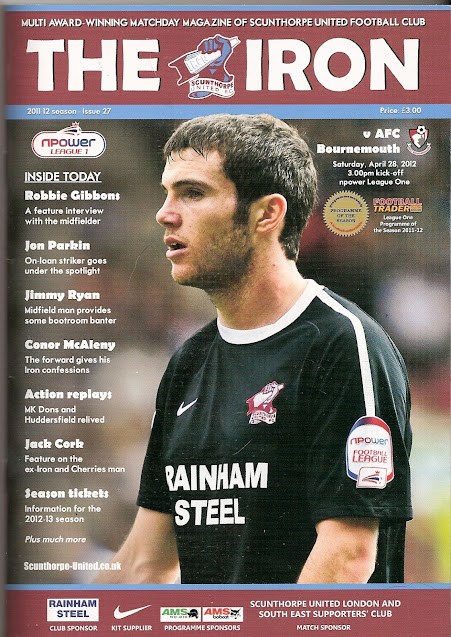 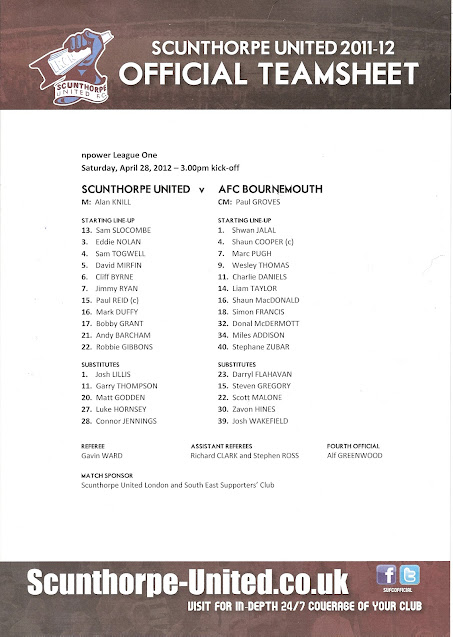 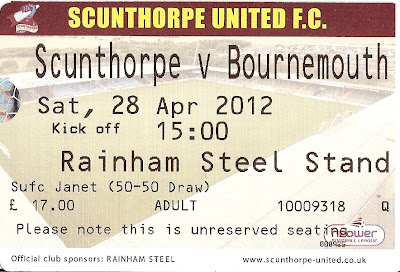