Crawley Green Football Club was established in November 1989 by a merger of three Sunday league clubs, Ramridge Rangers, Stopsley Harriers and The Wyvern. After absorbing Somerset Tavern in 1992, the club established a Saturday team. They joined Division One of the South Midlands League in 1995, and when the league merged with the Spartan League to form the Spartan South Midlands League in 1997, the club was placed in Division One North. However, they left the league at the end of the 1997–98 season. In 1999 the club re-joined the Spartan South Midlands League, and were placed in Division One, which was renamed Division Two in 2001. They won the Division in 2004–05, but were not promoted. In 2007–08 they finished as runners-up and were promoted to Division One. In 2011–12 they won the Division One Cup. They won it again in 2015–16. The season also saw them finish second in the league and earning promotion to the Premier Division. 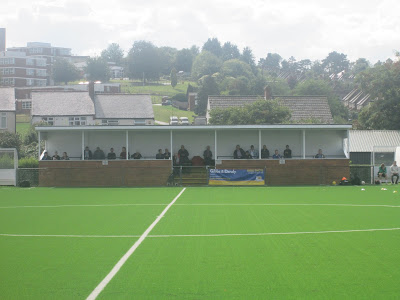 After the club's formation, they obtained a 99-year lease on the Crawley Green Sports & Social Club. A new clubhouse was built and opened by Luton Town manager David Pleat on 9 June 1992. However, the first team was later forced to ground share at Barton Rovers due a lack of floodlights, although the reserves still play at the Sports & Social Club. In 2018 the club moved back to Luton to play at The Brache. 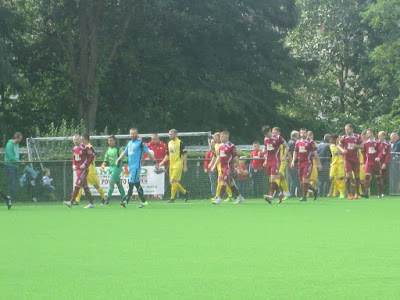 I was fortunate to be offered a lift to this match and the journey from Cheshunt via Hertford and Wheathampstead took around 45 minutes. However, reaching this venue by public transport would be relatively easy, as Luton Airport Parkway station is no more than a 15 minute walk. The Brache is the former ground of Vauxhall Motors FC (once of the Isthmian League). Despite the recent and ongoing refurbishment of the ground, there are number of signs of this former glory. 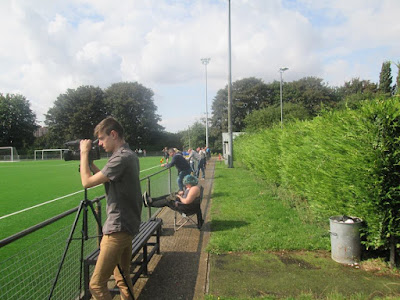 Both ends of the ground are blessed with two steps of narrow terracing, clearly remaining from the previous use. The seated stand is also recognisable as being older than recent additions to the ground. The same can be said for much of the concrete hardstanding. All in all, the place has a renewed smartness and Crawley Green will be pleased with the development so far. Refreshments are available from the Luton Town FC building and it is here that the toilet facilities are housed. 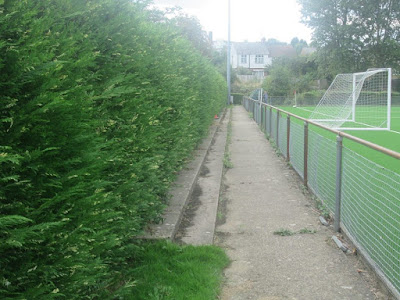 The close proximity to Luton Airport means that aircraft are regularly flying over as they ascend after take-off and it can be a tad noisy. That said, if you are keen on planes you will get the opportunity to view many undercarriages. This particular match was in the Preliminary Round of the FA Cup and the visitors, Aylesbury United have previously graced what is now the National League (5th tier of the English game). 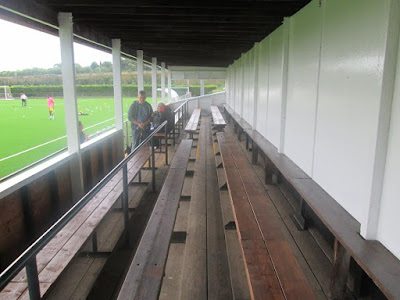 Aylesbury United was by far the better side in the first period and it was no surprise when Jack Wood headed the visitors in front on 20 minutes. Just before the break this lead was doubled when Greg Williams met a corner kick and this effort was confirmed as having crossed the line by a linesman. 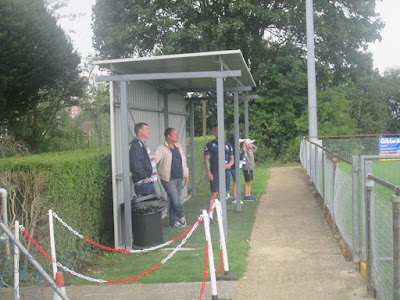 The second half saw the visitors have a number of decent attempts on goal without adding to their tally, with the woodwork intervening on three occasions. Gradually Crawley Green began to assert themselves and Graham Clarke pulled a goal back midway through the half. Jake Bewley then restored the two-goal cushion in favour of the visitors, but with six minutes remaining Clarke scored again to set up a tense finish (Crawley Green had an effort that hit the bar), with Aylesbury United hanging on to progress to the next round. 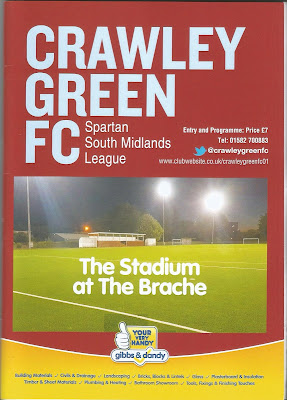