Haverhill is a market town in Suffolk, next to the borders of Essex and Cambridgeshire. It lies 14 miles southeast of Cambridge and 45 miles north of central London. The town centre lies at the base of a gentle dip in the chalk hills of the Newmarket Ridge; running through the town is the Stour Brook, which goes on to join the River Stour just outside the town. The surrounding countryside largely consists of arable land. Haverhill dates back to at least Saxon times and the town's market is recorded in the Doomsday Book. Whilst most of its historical buildings were lost to the great fire on 14 June 1667, one notable Tudor-era house remains (reportedly given to Anne of Cleves as part of her divorce from Henry VIII and thus titled Anne of Cleves House) as well as many interesting Victorian buildings. The 1960's BBC soap opera 'The Newcomers' was filmed in Haverhill, which was used as the fictional county town of Angleton. 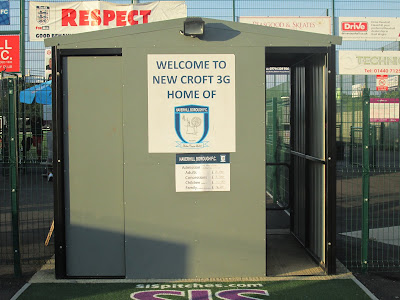 Haverhill Borough FC was established in 2011 as Haverhill Sports Association. The new club joined Division One of the Essex & Suffolk Border Football League and won it at the first attempt, and was promoted to the Premier Division. The following season the club entered the FA Vase for the first time, knocking out three clubs from higher divisions, before losing in the third round. They finished second in the Premier Division, earning promotion to Division One of the Eastern Counties League. In the summer of 2013 the club adopted its current name. In the 2013–14 season the club narrowly missed out on promotion, finishing fourth in Division One. In 2015–16 they won the Division One Knock-Out Cup. The following season saw the club finish third in Division One, earning promotion to the Premier Division. Relegation was to follow at the end of the 2017-18 season. 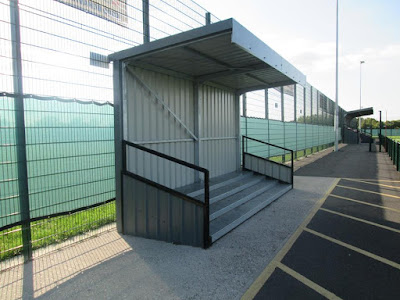 The New Croft 3G is a completely separate playing area from the New Croft (Haverhill Rovers FC) That said it is all part of the same complex and the main administration block, including changing rooms, is shared. There is though, a completely different refreshment area adjacent to the 3G. A covered seated stand and a smaller covered terraced are situated along one side of the pitch. There is hardstanding along the full length of the side and limited areas of similar behind one of the goals. However, the opposite side of the pitch and the remainder of the ends are out of bounds to spectators and not navigable. 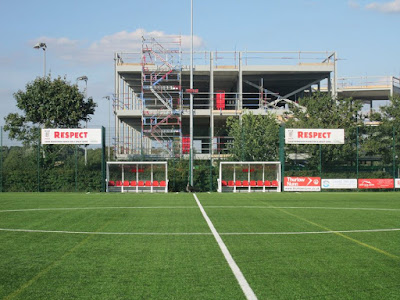 Haverhill, although a relatively large town for East Anglia, is not blessed with railway links and for a midweek match is not the easiest location to reach by public transport. I was fortunate to be offered a lift to this match. The journey via the M11 and A11 was congestion free and arriving at the ground a couple of hours before the scheduled 19:45 kick-off facilitated a stroll to the nearby town centre and a visit to The Drabbet Smock (J D Wetherspoon) for refreshment. 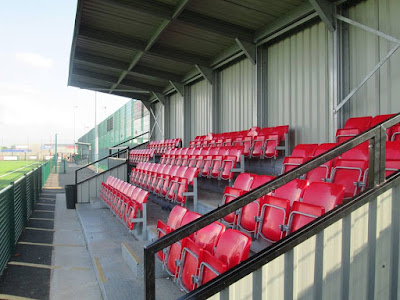 Haverhill Borough had lost both of their preceding league matches this season, both by the odd goal in five. One of those matches was against tonight’s opposition Cornard United. It was clear from the outset that the home side had a point to prove as the swiftly set about their business. 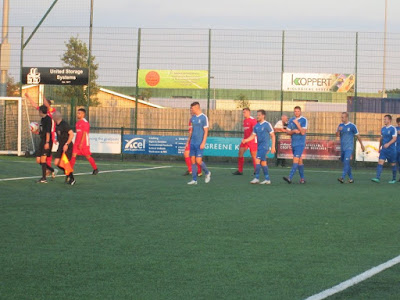 The opening goal came on two minutes when Matt Staines put the hosts ahead and it was the same player that notched the second with less than four minutes played. Not long afterwards Cameron Watson extended the lead with a powerful header and just before half time it was 4-0 when Staines completed his hat-trick. 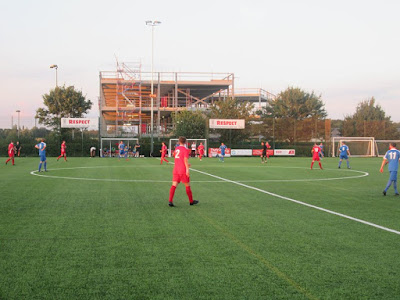 The second period did not produce as many goals but continued to be entertaining. Cornard United will be disappointed with their performance and those early goals pretty much knocked the stuffing out of them. They will have better days. The scoring for Haverhill Borough was completed by Casey Phillips, sweeping home from inside the box and Ryan Swallow on 84 minutes. Again the roads behaved and I was home at Cheshunt around 11pm. 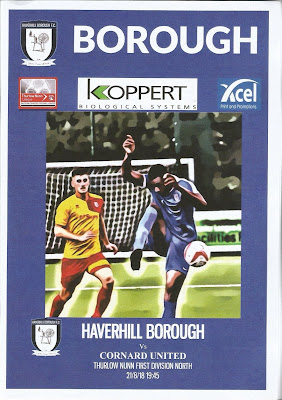