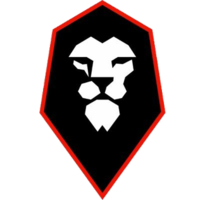 Salford is a city in North West England, in a meander of the River Irwell, which forms part of its boundary with the city of Manchester to the east. The wider City of Salford local government district is administered from Swinton. The former County Borough of Salford, which included Broughton, Pendleton and Kersal, was granted city status in 1926. Historically in Lancashire, Salford was the judicial seat of the ancient hundred of Salfordshire. It was granted a charter by Ranulf de Blondeville, 6th Earl of Chester, in about 1230, making Salford a free borough of greater cultural and commercial importance than its neighbour Manchester, although since the Industrial Revolution of the late 18th and early 19th centuries that position has been reversed. Salford became a major cotton and silk spinning and weaving factory town and inland port on the Manchester Ship Canal in the 18th and 19th centuries. The name of Salford derives from the Old English word Sealhford, meaning a ford by the willow trees. It referred to the willows or sallows that grew alongside the banks of the River Irwell. 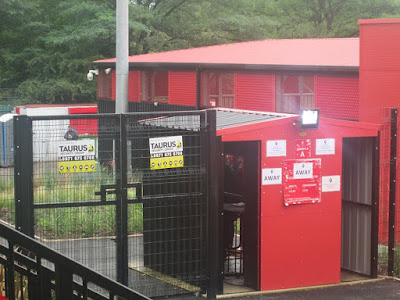 Salford City FC was founded in 1940 as Salford Central. The club competed in local leagues until 1963, when promotion was secured to the Manchester Football League when the name was changed to Salford Amateurs. Nicknamed "the Ammies", the club won the Lancashire Amateur Cup in 1973, 1975 and 1977 and the Manchester Premier Cup in 1978 and 1979. Salford moved into its present ground, Moor Lane, in 1978 and following restoration of the ground, the club entered the Cheshire County League in 1980, which two years later amalgamated with the Lancashire Combination to form the North West Counties Football League. In March 2014, news broke of the proposed takeover of the club by former Manchester United players Ryan Giggs, Gary Neville, Phil Neville, Paul Scholes and Nicky Butt, subject to Football Association and Northern Premier League approval, with the deal expected to be completed by the summer. The remainder of the 2013–14 season saw Phil Power lead Salford to a 12th position finish in the Premier League Division North. On 21 April 2018, the club became champions of the National League North for the 2017–18 season with one game to play, thereby securing promotion to National League, once again re-setting the bar for the highest level the club has ever attained. 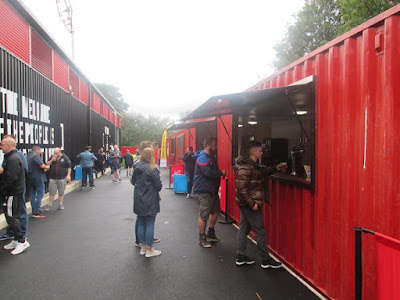 With Manchester United hosting Tottenham Hotspur at 8pm on this Bank Holiday, getting back home afterwards by public transport was not possible. Accordingly, an enforced overnight stay helped to facilitate further activity and also an opportunity to take in another match without rushing around too much. Euston Station was closed over the bank holiday weekend, but an alternative route via Leeds worked well. Arriving at Manchester before midday allowed plenty of time for refreshment before catching a No 98 bus from Shudehill Interchange to Moor Lane. 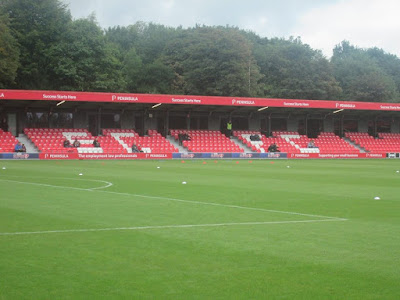 After a short walk I arrived at the ground. It was evident that there had been considerable recent investment and massive development of the ground in the last couple of years. I was impressed with the stadium, but also wished that I had had the opportunity to visit the ground in previous years. A bonus for me, once I had toured the ground taking photographs, was the discovery of a stall selling craft beer from Seven Bro7hers Taproom. My choice of IPA (5%) was inspired and this treat set me up nicely for the match. 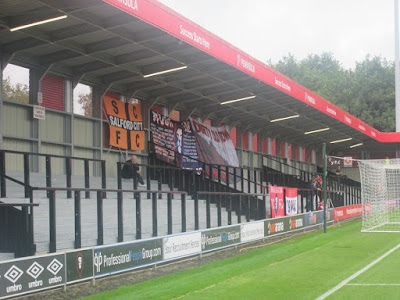 Covered seated stands are situated along the full length of the pitch. The stand opposite the main stand also has a small area of terracing behind the seating, which is a really good idea and there were plenty of people taking up that option. The main stand houses the corporate hospitality areas. Covered terracing is situated at both ends of the ground. With the exception of the segregated area for away supporters, it is possible to access all areas of the ground, terraces and seating. 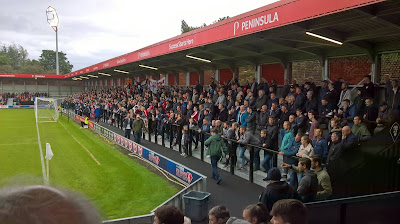 Some very reasonable admission and season ticket pricing has resulted in Salford City gaining a good following. The recent match v Chesterfield attracted an attendance 3,595. This match saw visitors Barrow bring around 500 supporters down from Cumbria. Being a modern build, this stadium provides good spectating facilities for visitors, one end of the stadium and a section of seating in the main stand. 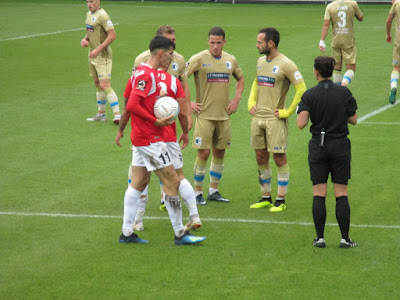 The visitors took the lead through Jason Taylor in the 20th minute but were quickly pegged back by Graham Alexander's side. Adam Rooney, the high-profile summer arrival from Aberdeen, levelled the scores nine minutes later after a Danny Whitehead break, before Salford pulled clear after the interval. Nathan Pond powered in a header from a Danny Lloyd corner before Lloyd himself was on hand to score from the spot after Jack Hindle handballed inside the box. The two goals in four minutes knocked the stuffing out of Barrow and made it four unbeaten for Salford, who moved into the top 10 in the National League table. Within a few minutes of this match ending, I was on the return 98 bus which was full of Barrow supporters, they were heading for Manchester Victoria station and I was looking forward to my visit to Old Trafford. 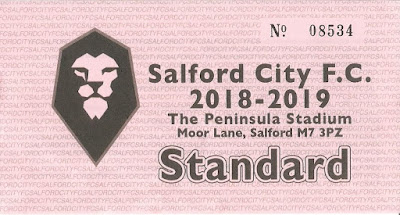 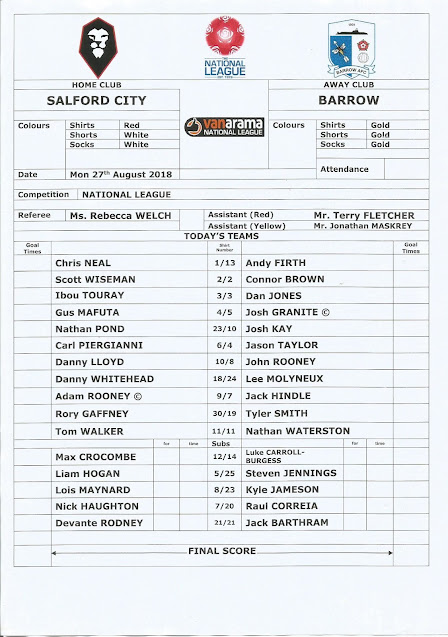 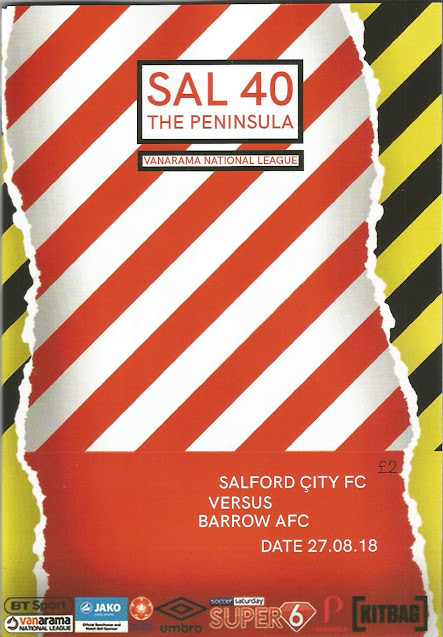