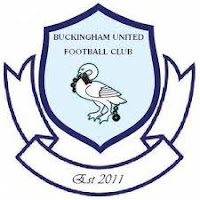 Buckingham is a town in north Buckinghamshire, close to the borders of Northamptonshire and Oxfordshire. Buckingham was declared the county town of Buckinghamshire in the 10th century when it was made the capital of the newly formed shire of Buckingham until Aylesbury took over this role early in the 18th century. In the 7th century, Buckingham, literally "meadow of Bucca's people" is said to have been founded by Bucca, the leader of the first Anglo Saxon settlers. The first settlement was located around the top of a loop in the River Great Ouse, presently the Hunter Street campus of the University of Buckingham. The town suffered from a significant fire that raged through the town centre on 15 March 1725, with the result that many of the main streets of the town were destroyed including Castle Street, Castle Hill and the north side of Market Hill. The result was 138 dwellings being consumed in the fire. The current fine range of Georgian architecture in these streets today is as a direct result of that fire, but the immediate aftermath was difficult for the town. Collections were made in surrounding towns such as Aylesbury and Wendover to help those made homeless and by 1730 had rebuilt only a third of the homes. Buckingham was served by the Buckingham Arm of the Grand Junction Canal from 1801 to 1932, and the canal was finally abandoned in 1964. The canal ran from Cosgrove, Northamptonshire to the centre of Buckingham to a wharf. Buckingham had a railway station on the Banbury to Verney Junction Branch Line and ran from 1850 to 1964. The closest stations are currently Wolverton and Milton Keynes Central to the east and Bicester North and Bicester Town to the south west. 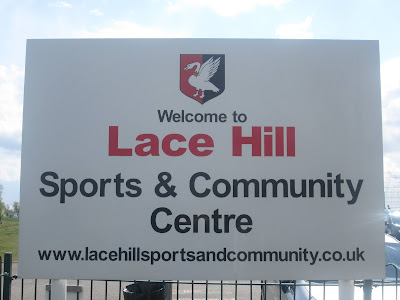 As was the case in recent weeks, it was not straightforward finding a match that you are allowed to watch. Effectively you are restricted to public parks and recreation grounds. The Spartan League Division Two Spring Cup is a competition introduced to provide competitive football for participating clubs. Some of the venues fit the bill and so it was that I visited the Lace Hill Sports & Community Centre. 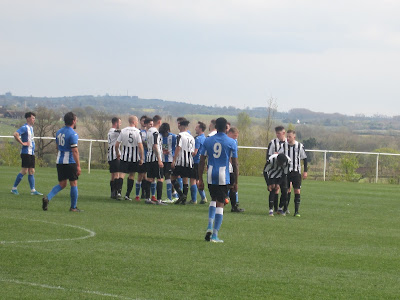 My journey was via the wonderfully picturesque Whitchurch where, following a wander around looking at the abundance of fine old buildings, I adjourned to The White Swan for refreshment (London Pride). A further stop at The Bell at Winslow (Ruddle’s County) ensured adequate liquid intake. On entering Buckingham from this direction, you immediately encounter the housing estate where the ground is located. 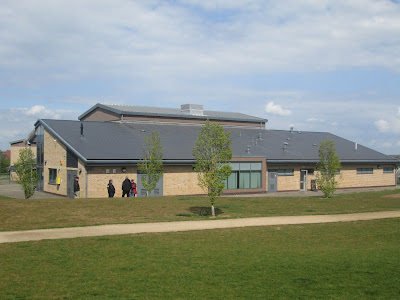 Situated immediately behind the main Sports Centre building is the football ground. Although completely railed off, there are no spectator facilities. However, there is plenty of scope for this to change, should the club progress to a higher level. Despite the lack of facilities, there is still a decent feel to this place. The stunning views for miles over the countryside are an additional bonus. Not for the first time in recent weeks, Red Kites soared above the pitch. 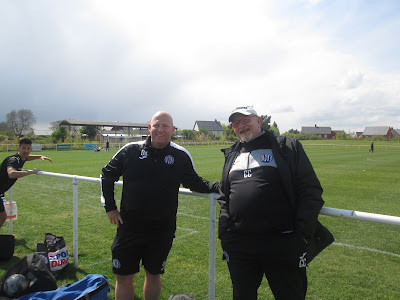 I had seen visitors Old Bradwell United a fortnight previously when they hosted New Bradwell St Peter in this same competition. That match was shortly after the latest restart for football and it is fair to say that they were not firing on all cylinders at the time. 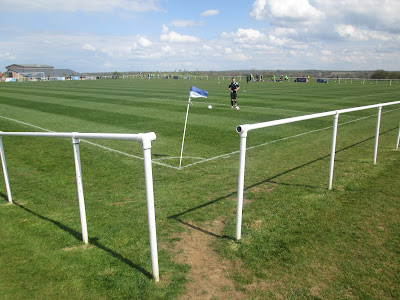 This time out, Old Bradwell United hit the ground running and their approach play was impressive. During the first period this resulted in the award of two penalties. One of which was successfully converted, the other resulting in a goal following a fine initial save by the Buckingham United goalkeeper. 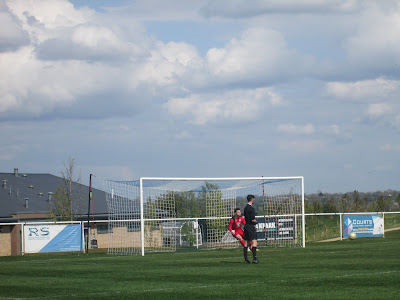 The dominance of the visitors continued in the second half and this was rewarded by a further four goals. Special mention should be offered to Darryl Smith in claiming four of the six goals. The home side will have had better days, but were rewarded for their efforts with a fine consolation goal. I watched the match with a number of fellow enthusiasts who will also have enjoyed the setting. 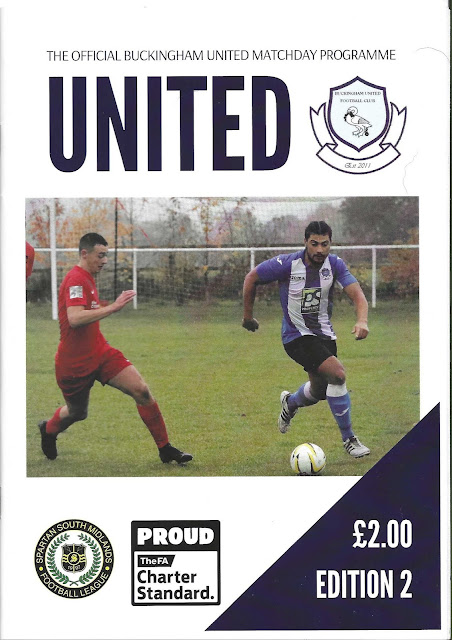