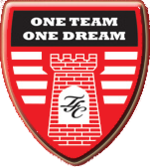 Totternhoe is an ancient village in southern Bedfordshire, near Dunstable and Leighton Buzzard. The village is long and thin and is separated into three parts:  Church End, closest to Dunstable, includes the school and a pub. This area of the village centres around the junction of three of the four main roads into the village: Church Road (leading to Eaton Bray), Dunstable Road and Castle Hill Road (leading to Leighton Buzzard). Dunstable Road becomes Castle Hill Road as one heads West. Middle End has a recreation ground and a Scout Hut (where the First Totternhoe Scouts and Guides meet) next to where the old school used to be. One entrance to the Knolls is up past the Scout Hut. Lower End, towards Leighton Buzzard, is where the quarry is. It is overlooked by the old fort on the Knoll. 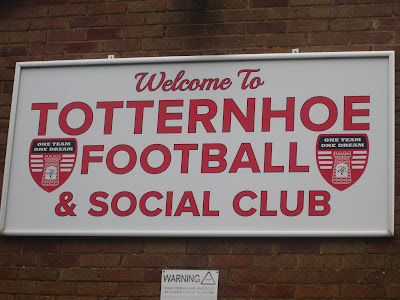 Totternhoe Football Club was formed in 1906. They joined the South Midlands League in 1958, leaving in 1975 before re-joining in 1979. When that league merged with the Spartan League in 1997, Totternhoe were among the founder members of the new Spartan South Midlands League, and still play in that league, currently in Division Two. They have competed in the FA Vase on eleven occasions and progressed through the preliminary rounds once – in 1988–89 when they were eliminated in the first round proper by East Thurrock United. 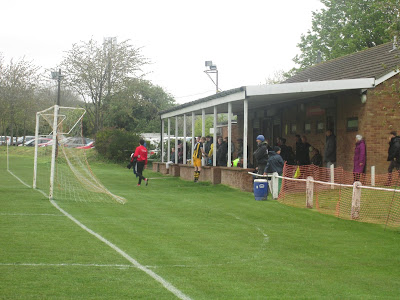 As was the case in recent weeks, it was not straightforward finding a match that you are allowed to watch. Effectively you are restricted to public parks and recreation grounds. The Spartan League Division Two Spring Cup is a competition introduced to provide competitive football for participating clubs. Some of the venues fit the bill and so it was that I visited the Totternhoe Recreation Ground. 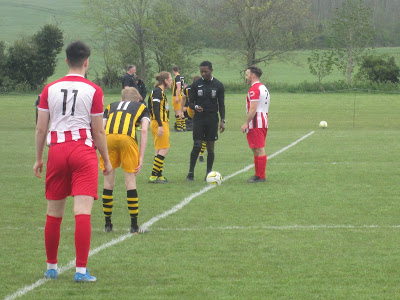 This venue is basic but what it may lack in terms of ground furniture is certainly made up for by the picturesque surrounds. The Chiltern hills provide a scenic background and for the fourth consecutive Saturday I was treated to the spectacular sight of red kites. The clubhouse building is situated behind one of the goals and in front of this structure is a large covered area providing shelter and a decent view of the playing area. A large car park is situated immediately behind the building. The pitch is partly railed off and on matchdays this is enhanced by the remaining side being taped. 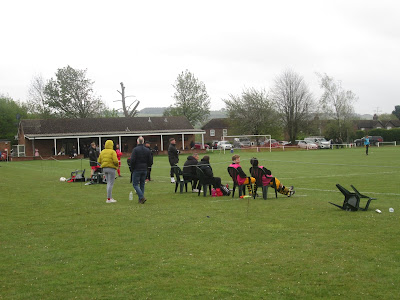 I sensed a real community feel about this place. During the match I spoke to the club chairman, who played in over 600 matches for the club and he spoke warmly about the players who had stepped up in recent weeks to take part in this supplementary competition. The bar was open for refreshment and a number of locals enjoyed their beer whist watching the match. My tea was expertly made by Cheryl who had also ensured the heating in the building was effective on a chilly damp day. 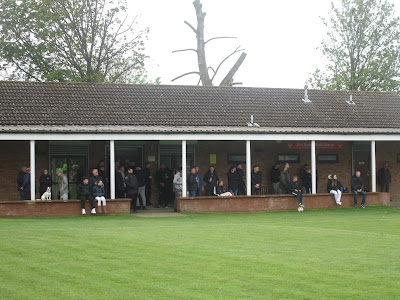 This last group stage match had set up the opportunity for Totternhoe to progress to the semi-finals. They just needed to beat visitors Sarratt for this to happen. I was informed that they usually take a while to get going in matches. However today was a complete contrast to this as the hosts piled on the pressure scoring twice in the early stages along with coming close on other occasions. A further goal before the break ensured a commanding lead. 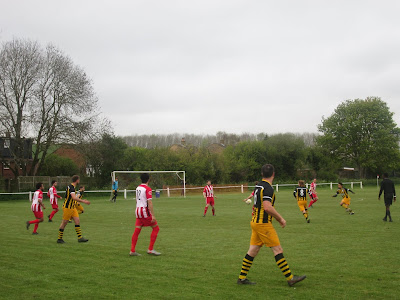 After the initial blitz, Sarratt had shown signs of recovery and by half time had been playing some decent football. This progress continued after the break and was rewarded by a goal. Totternhoe could not afford to relax and the neutrals present were treated to a competitive encounter played in difficult conditions. The sort of weather that makes one appreciate the cod and chips from Pepe's Fish Bar in neighbouring Dunstable, just that bit more!

Attendance: ?
Admission: Not applicable
Programme: Not issued
Tea: £1:00
For a full set of photographs click here
Posted by Pieman at 11:59 pm