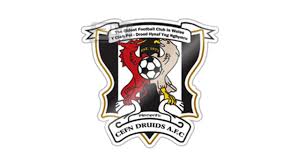 Cefn Mawr is a large village in the community of Cefn within the County Borough of Wrexham, Wales. Its name translates as "big ridge” The community of Cefn comprises the villages of Cefn Mawr, Cefn-bychan ("little ridge"), Acrefair, Penybryn, Newbridge, Plasmadoc and Rhosymedre and is situated on the northern slopes of the Dee Valley. Cefn Mawr was heavily industrialised in the 18th and 19th centuries, with large deposits of iron, coal and sandstone dominating the area. Iron was worked at several blast furnaces and forges throughout the area and coal was mined at pits in Cefn, Plas Kynaston and Dolydd. Stone was cut at quarries above Cefn Mawr. Much of the mineral wealth of the area was exported by canal over the Pontcysyllte Aqueduct on the Shropshire Union Canal, until the railway reached Ruabon in 1855. 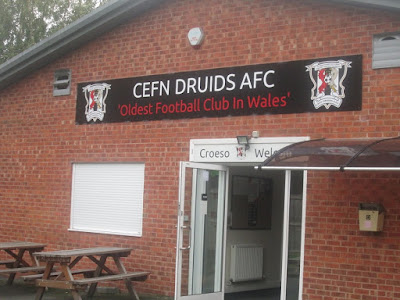 Llewelyn Kenrick who would later go on to found the Football Association of Wales founded Cefn Druids Football Club in 1872. Following several mergers through the club's history it became Cefn Druids AFC in 1992 with the amalgamation of Cefn Albion FC and Druids United. The club is one of the oldest and most successful in Wales, winning the Welsh Cup 8 times and competing in 14 finals, most recently in 2012. In March 2009 planning permission was granted to demolish Cefn's old stadium, Plaskynaston Lane, and replace it with a Tesco supermarket. Delays to the beginning of construction put the project back by 12 months and the club moved into the new stadium, The Rock, in August 2010. The stadium is sited in a disused quarry and one side of the stadium features a sheer rock wall. 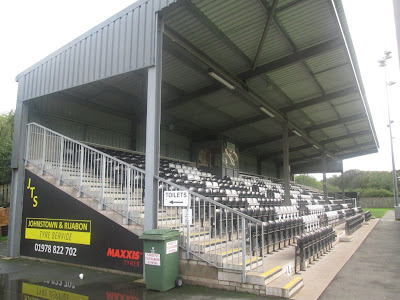 Having checked into my overnight accommodation at nearby Ruabon, I was keen to obtain some daylight photographs of The Rock. I walked to Cefn Mawr and would estimate that this took no more than 25 minutes from the railway station at Ruabon to the football ground. On seeking permission to enter the ground, I was delighted to meet Huw Griffiths, the manager of Cefn Druids.

It was evident from the start of our conversation that Huw is a real football enthusiast, with a genuine passion for the sport. Once I had taken ground photographs, Huw gave me a guided tour of the clubhouse facilities and I was given a real insight into how a club operates at Cymru Premier level. The complimentary tea, provided by another club official, was also most welcome. 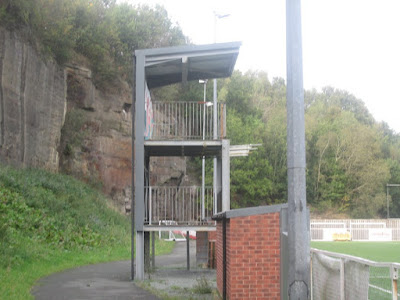 As is often the case at this level, the only covered spectator facility is the main stand, which affords an excellent view of proceedings. This is situated along the same side as the clubhouse building, toilets and refreshment kiosk. There is also a club shop at the end of the ground where the turnstiles back on to the spacious car park. 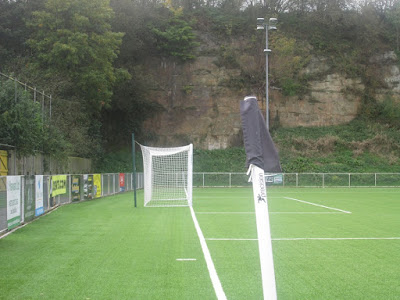 The sheer rock wall that runs along the entirety of the side of the ground opposite the stand is an amazing site. The earlier daylight viewing enabled me to see the graffiti, which in some instances would have involved some acrobatic athleticism to place. Huw informed me that there is local pressure to retain the graffiti as some of it links to the history of the quarry and the local community. This is also the side of the pitch where the dugouts and the purpose built camera gantry are located. 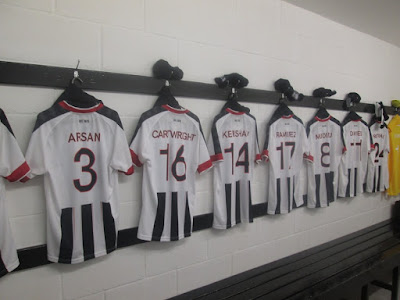 The home side went into this match struggling for form and were at the bottom end of the table. Conceding two early goals against a strong Newtown team will not have helped matters. However, for the latter period of the first half and the entirety of the second half, this neutral believes that the Druids were the better side and deserved more than their one consolation goal. The Rock is a delightful ground at which to watch football and one that I thoroughly recommend to the curious. 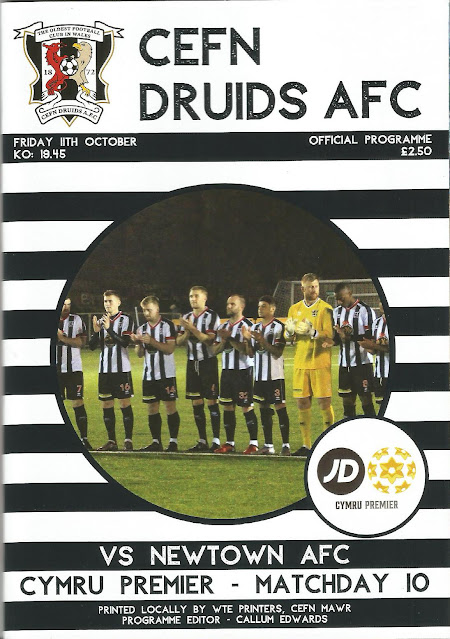 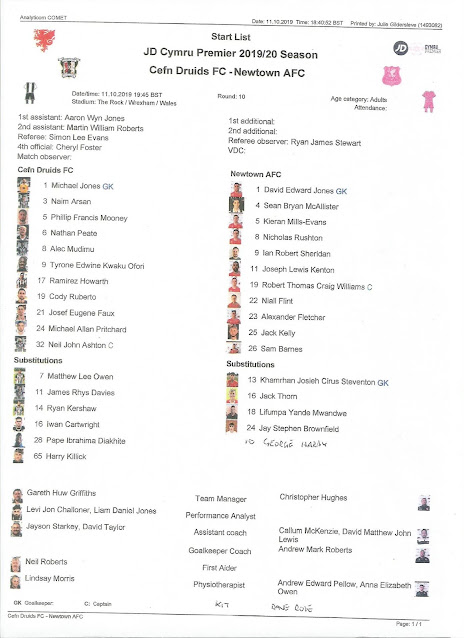