Belgrade is the capital and largest city of Serbia. It is located at the confluence of the Sava and Danube rivers and the crossroads of the Pannonian Plain and the Balkan Peninsula. Belgrade was the capital of Yugoslavia from its creation in 1918 to its dissolution in 2006. Belgrade is a separate territorial unit in Serbia, with its own autonomous city authority. The Assembly of the City of Belgrade has 110 members, elected on four-year terms. A 13-member City Council, elected by the Assembly and presided over by the mayor and his deputy, has the control and supervision of the city administration, which manages day-to-day administrative affairs. It is divided into 14 Secretariats, each having a specific portfolio such as traffic or health care, and several professional services, agencies and institutes. Belgrade has an extensive public transport system consisting of buses, trams, trolleybuses and S-Train. The S-train network, BG Voz, run by city government in co-operation with Serbian Railways, is a part of the integrated transport system, and currently has three lines. 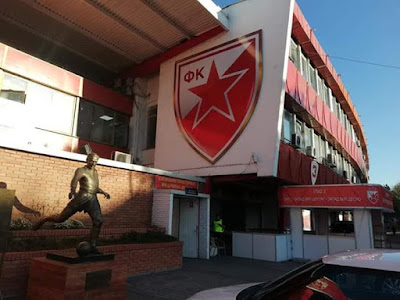 Fudbalski klub Crvena Zvezda (Red Star Belgrade) was founded in 1945 during World War II, when a group of young men, active players, students and members of the Serbian United Antifascist Youth League, decided to form a Youth Physical Culture Society. Dragan Džajić is Red Star's record appearance holder with 389 matches. The goal scoring record holder is Bora Kostić with 230 goals. Dragan Džajić played 85 matches for the Yugoslavian national football team, a national record. The club’s home ground is the Stadion Rajko Mitić, formerly known as Red Star stadium. With a seated capacity of 55,538, it is the largest stadium in Serbia and in the former Yugoslavia. 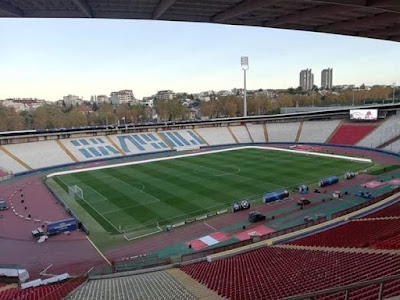 My journey from London was with the usually reliable Lufthansa. From Heathrow to Munich and then on to Belgrade. The connection was good and we reached the Serbian capital as scheduled. Once we had established the geography of the city (not immediately possible when disembarking from the A1 airport shuttle bus) we took the opportunity to enjoy a couple of cold beers before seeking out our hotel. On the day of the match, during the morning we wandered around the city until in an attempt to swerve the rain, we took refuge in a bar. This establishment was a complete contrast to the many new buildings that are gradually appearing on the Belgrade skyline. Of course there is still much of the old Belgrade to see and although the lavatory provision in this bar possessed a urinal, this was complimented by a hole in the ground for additional activity! 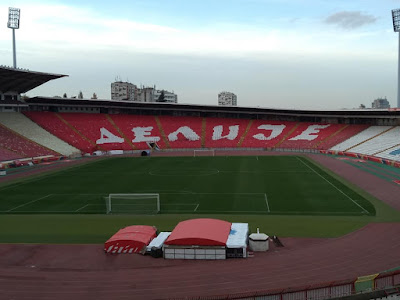 That afternoon I successfully used the Lufthansa online check in facility for the return flights the following day – what could possibly go wrong? Within ten minutes I received a text from the airline to say that my Munich to London flight had been cancelled, but that they were working on a solution! What transpired was that Lufthansa cabin crew staff had commenced a 48 hour strike period covering the Thursday and Friday (1300 flights were cancelled). I later received a communication informing me that I had been rebooked on a flight leaving Belgrade at 18:00 on Friday via Zurich which would have meant arriving at Heathrow at 22:00 as opposed to 17:00 the previous day! More on that later. 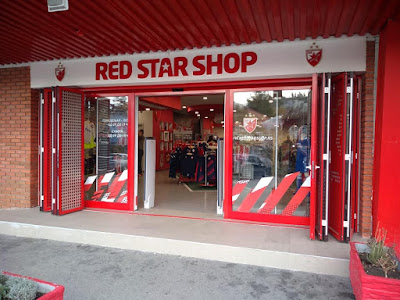 To add to these woes, the Belgrade police refused to allow the buses for the Spurs fans to leave from the city centre as planned. Instead everyone was told to make their own way to a location 9km from town, from where they would be bussed to the stadium. This was despite the protestations of Tottenham Hotspur, UEFA and the FCO. On arrival at the ground, which has a ramshackle charm to it, we experienced a relatively straightforward entry to the away supporters section. However, the toilet facilities (Portaloos) were located outside, so a one-in one-out system was in operation for that purpose. The photographs hereon will hopefully paint a picture of the stadium. This venue will not have received any investment in recent decades for improvements. 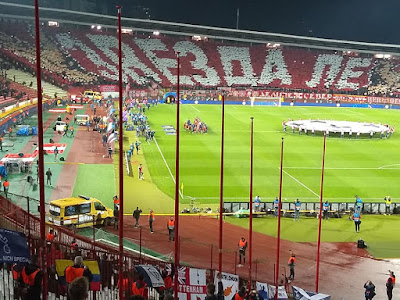 The match (yes there was one!) saw Tottenham Hotspur comfortably beat their hosts for the second time in this group, despite a couple of earlier scares. The home support at the opposite end of the stadium to ours was impressive in their passion and choreographed singing and bouncing up and down. I’m not sure if they watched any of the match though, as they were most likely too busy! Why let the football spoil a good night out? For the record the goals were scored by Lo Celso, Son (2) and Eriksen 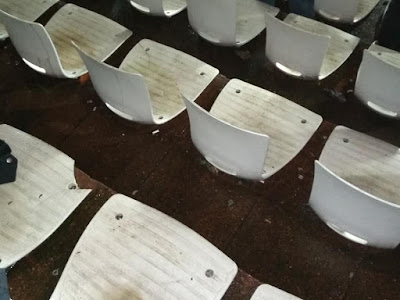 The following day, due to our unscheduled extended Belgrade experience, we took a wander up to the ground for daylight viewing, which confirmed the tatty appearance. A decent Serbian meal (which Lufthansa will fund along with the extra hotel cost) and a visit to a craft beer establishment was a nice end to the evening. On the Friday we were (not without a few glitches) able to persuade Lufthansa to rebook us on their flights to Munich and Heathrow. In the end we reached Heathrow precisely 24 hours after we would have done on the same timed flights. My second visit to Serbia was eventful, but I have to say that most of the people I met were friendly and helpful. 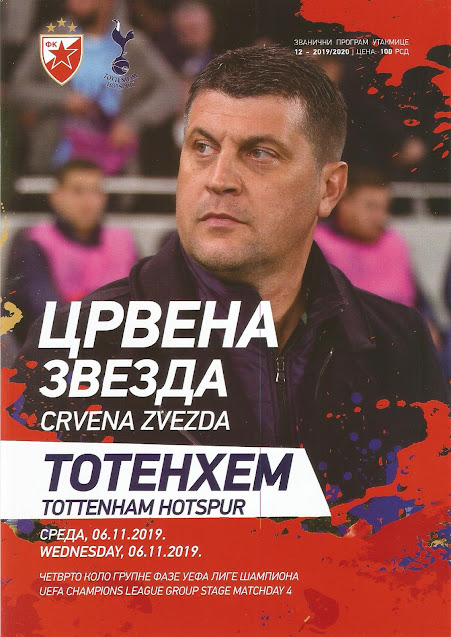