White Ensign Football Club was formed in 1951 and is named after the British naval ensign of the same name, which is incorporated into the club's badge. They played in the Southend Borough Combination until joining Division Two of the Essex Intermediate League in 2002, going on to win the division at the first attempt, earning promotion to Division One. That season also saw them win the Capital Counties Feeder League Trophy and the league's Senior Cup. They were Division One champions the following season, as well as retaining the Senior Cup and winning the Senior Challenge Cup. In 2004–05 the club retained the league title and Senior Challenge Cup. The league was renamed the Essex Olympian League in 2005. White Ensign won the Capital Counties Feeder League Trophy for a second time in 2005–06. 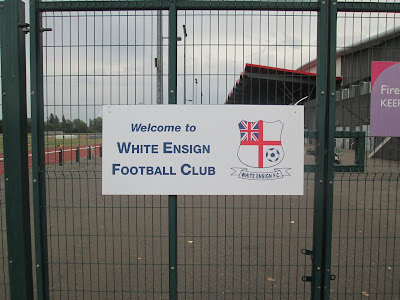 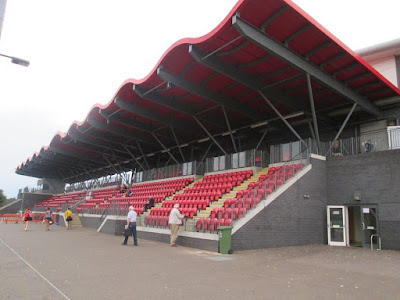 Following elevation to Step 6 of the non-league pyramid, White Ensign FC is playing at Basildon Sporting Village, located on Cranes Farm Road. The £38m complex is one of the UK’s premier leisure venue hires and was an official training centre for London 2012. The 750-seat athletics stadium is the venue for the football and a 400-bay free car park and close proximity to the A127, A13 and M25 add to the attraction of this location. Basildon station is also just a mile walk away through Gloucester Park. 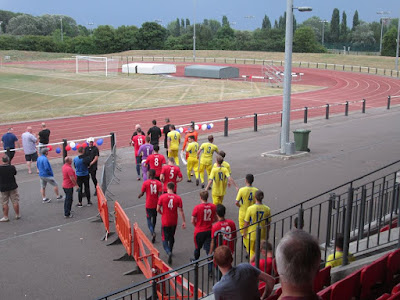 This match was the first for White Ensign at this venue and there were a number of ‘neutrals’ in the crowd. Spectator facilities are limited to the covered seated stand, which runs along the majority of one side. This stand backs on to the rest of the leisure facility and it was by exploring the corridors of the complex that I discovered a refreshment area where I was able to purchase a cup of tea. 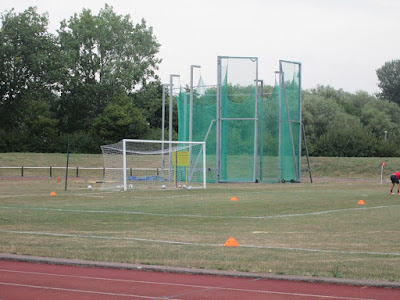 The match took a while to settle, with lots of early passes going astray. The pitch was hard from the recent spell of hot and dry weather and any chances of flowing football were restricted. Visitors Burnham Ramblers had played two levels above this in recent years but it was not evident on this occasion. 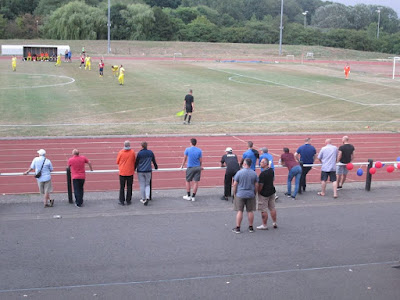 Eventually, White Ensign took a grip on the match, Connor Barmby weighing in with two well-taken goals. He was the outstanding player in a match that cried out for greater quality. It was good to be in attendance at the host club’s first home match in this league and at this stadium. The M25 behaved after the match and I was grateful for my lift home. 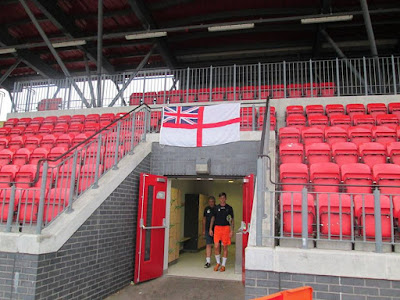 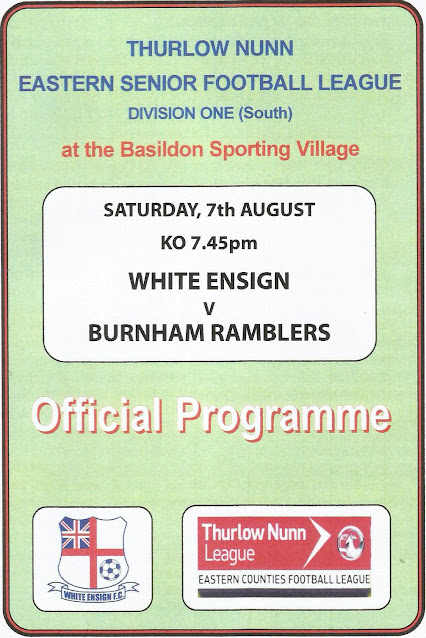