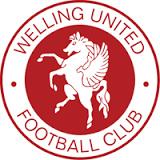 Welling is a town in Greater London and a part of the London Borough of Bexley. It is located north west of Bexleyheath and 10.5 miles east south-east of Charing Cross. The East Wickham part of Welling is probably one of the oldest settlements in this area. A Neolithic stone axe was found in East Wickham in 1910 and more recently in 1989 the remains of Roman buildings were unearthed near Danson. Before the coming of the railway, with the opening of the Bexleyheath Line on 1 May 1895, Welling was a village on the main road between London and Kent (Watling Street). It had been a traditional staging post for coaches; the presence of three inns along the main road is the result of that. After World War I, Bexley Urban District Council built over 400 houses north of the railway. Later, when the Danson estate was sold to developers, the land to the south was opened up to suburban sprawl and the settlement incorporated the local parishes of St Michael's East Wickham and St John’s Welling.

Welling United Football Club was founded in 1963. The club began as a youth team playing in local league football on a park pitch, which gradually expanded and began playing Saturday football in the London Spartan League. In 1977 Welling moved to the Park View Road ground, which had previously belonged to the defunct Bexley United (historically called Bexleyheath & Welling). They joined the Athenian League in 1978. In 1981 they progressed to the Southern Football League Southern Division. After just one season at this level, the club found itself in the Southern League Premier Division after the league was re-organised. In 1985–86 they won the league title by 23 points and were promoted to the Football Conference.

This Pieman caught the train from London Bridge to Welling station for this pre-season friendly match. The ground being less than ten minutes walk from the station. The home side defeated a young Tottenham Hotspur team 2-1. 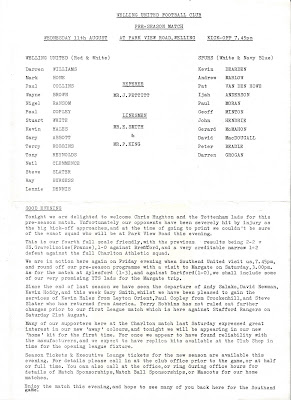 Other visits to Park View Road