Piraeus is located within the Athens urban area, 7 miles south-west from the city centre and lies along the east coast of the Saronic Gulf. The Port of Piraeus is the chief port in Greece, the largest passenger port in Europe and the second largest in the world, servicing about 20 million passengers annually. Piraeus, which roughly means 'the place over the passage', has been inhabited since the 26th century BC. The city provides a wide variety of entertainment. Piraeus is famous for its tavernas and restaurants, renowned for their cuisine. Most are spread along the coasts of Mikrolimano and Piraiki, specialising in seafood and attracting many visitors, including tourists. The nightlife of the city is vibrant, with numerous bars and nightclubs. One of the most popular events in Piraeus is the Ecocinema International Film Festival, staged annually in late February. During this event, a number of films are screened at the Atticon Cinema and the Cineac Cinema, both of which are to be found within the city's Town Hall Square. In the summer, the Maritime Festival and the Piraeus Rock Wave Festival take place, while the Three Kings' Way Festival marks the beginning of the carnival, with all the associated costumes and entertainment. 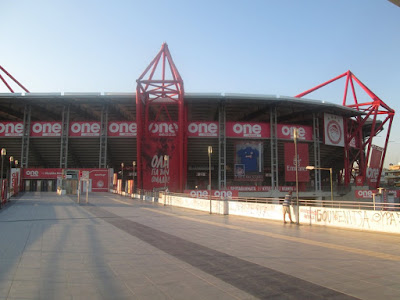 Oλυμπιακός Ποδοσφαιρικός Όμιλος (Olympiacos Football Club) was founded on 10 March 1925. The club's initial aim, as stated in the statutes, was the systematic cultivation and development of its athletes' possibilities for participation in athletic competitions, the spreading of the Olympic athletic ideal and the promotion of sportsmanship and fanship among the youth according to egalitarian principles, by stressing a healthy, ethical and social basis as its foundation. Members of "Piraikos Podosfairikos Omilos FC" (Sport and Football Club of Piraeus) and "Piraeus Fans Club FC" decided, during a historical assembly, to dissolve the two clubs in order to establish a new unified one, which would bring this new vision and dynamic to the community. Notis Kamperos, a senior officer of the Hellenic Navy, proposed the name Olympiacos and the profile of a laurel-crowned Olympic winner as the emblem of the new club. Olympiacos is the most successful club in Greek football history, having won 44 League titles, 27 Cups and 4 Super Cups. The club's dominating success can be further evidenced by the fact that all other Greek clubs have won a combined total of 39 League titles, while Olympiacos also holds the record for the most consecutive Greek League titles won, with seven in a row in two occasions (1997–2003 and 2011–2017). 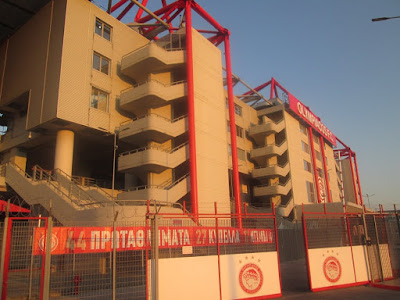 The Georgios Karaiskakis Stadium is the largest football-only stadium and the second largest football stadium overall in Greece. It is named after Georgios Karaiskakis, a military commander of the Greek War of Independence, who is considered a national hero and was mortally wounded in the area. It was used during the 1896 Summer Olympics as the Neo Phaliron Velodrome, where Frenchman Paul Masson took the three track cycling gold medals. It was renovated during the 1960s and hosted the European Winners' Cup Final in 1971. The stadium was completely rebuilt in 2004 into a 32,115 capacity, all seater venue ready for the football competition of the 2004 Summer Olympics. 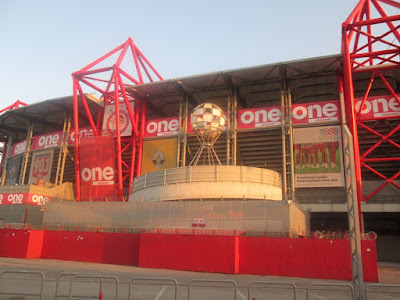 I had been to the stadium the previous afternoon to take some photographs of the exterior of the ground. The final two photographs on this article were supplied by my good friend, the Much Travelled Adam Carne, the reason for which will be revealed. The stadium is situated next to the penultimate stop on the Metro Line to Piraeus and having got my bearings, I was able to walk back into town to enjoy some refreshment and gaze at some extremely large boats. 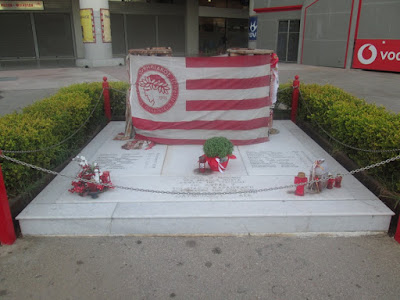 The following day and before the main event, I attended the U19 match in the UEFA Youth League between the two sides. A separate report will cover that match. As for the main match, Tottenham Hotspur threw away a two-goal lead as they were forced to settle for a point in this Champions League Group B opener. 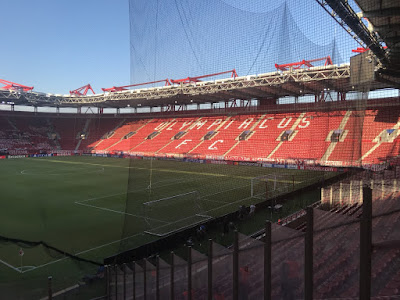 Sadly I have to report that prior to the match I was attacked outside the ground a couple of hours before kick-off. The general consensus is that it was assumed I was carrying a Spurs flag and it was wanted as a trophy. I believe the Greek authorities turn a blind eye to this sort of activity rather than actually dealing with it (personal opinion). I am recovering and still managed to see much of the match. I am grateful to the Greek medical staff for their attention and outstanding courtesy and to Olympiacos FC for getting me back to the stadium. Also to the Tottenham Hotspur officials for their professionalism, assistance and concern. Lastly to all the Spurs fans for their compassion and concern – it really was humbling to know how much they all care. 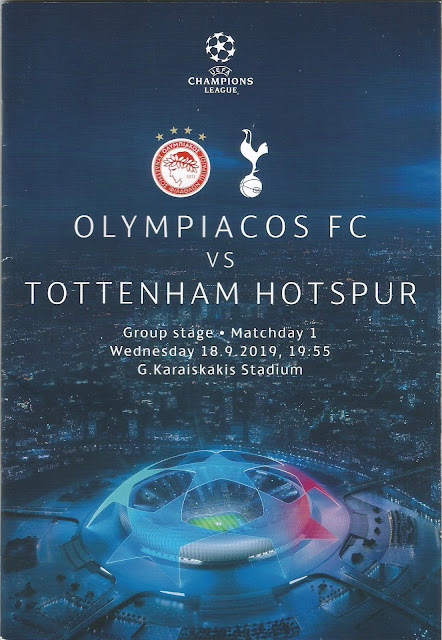