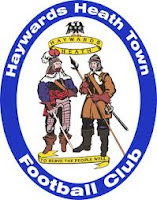 Haywards Heath is a town in West Sussex. It lies 36 miles south of London, 14 miles north of Brighton, 13 miles south of Gatwick Airport and 31 miles east northeast of the county town of Chichester. The name Hayward comes from Old English meaning an official who protected hedged enclosures from wandering livestock. There is a local legend that the name comes from a highwayman who went under the name of Jack Hayward. Haywards Heath as a settlement is a relatively modern development. Following the arrival of the London & Brighton Railway in 1841, its size has increased considerably. Haywards Heath railway station opened on 12 July 1841 and served as the southern terminus of the line until the completion of Brighton station on 21 September. The position of Haywards Heath, and its place on both this railway and near the main road (A23) between London and Brighton, enables it to function as a commuter town, with many residents working in London, Brighton, Crawley and Gatwick Airport. 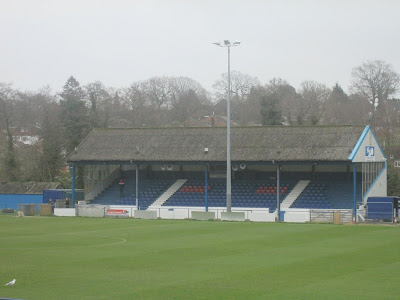 The club was formed in 1888 as Haywards Heath Juniors. The club was renamed Haywards Heath Excelsior in 1894, before becoming simply Haywards Heath in 1895. They were founder members of the Mid-Sussex League in 1900, and were runners-up in the Senior Division in 1901–02, 1902–03, 1903–04 and 1905–06. The club dropped out of the Senior Division in 1908, but won Division Two in 1911–12. In 1919–20 Haywards Heath were Mid-Sussex League champions without losing a game. A move to the Hanbury Stadium in 1952 allowed Haywards Heath to join the Metropolitan League, but after several seasons of struggling in the new league, they finished bottom of the table in 1960–61 and re-joined the Sussex County League. In 2012–13 Haywards Heath were Division Three runners-up, resulting in promotion to Division Two. The division was renamed Division One in 2015 when the league was rebranded as the Southern Combination and the club went on to win the Division One title in 2015–16, earning promotion to the Premier Division. They finished top of the Premier Division the following season and were due to be promoted to Division One South of the Isthmian League. However, after being penalised with a nine-point deduction for fielding in several matches a player who was serving a ban, the championship was awarded to Shoreham. The club went on to win the Premier Division in 2017–18, earning promotion to the newly formed South East Division of the Isthmian League. 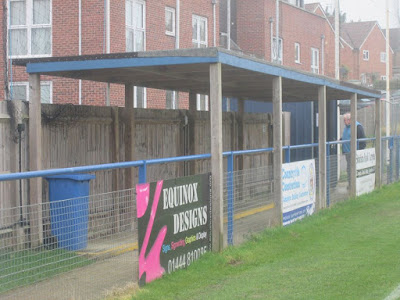 The journey to Haywards Heath was made using the Thameslink service direct from St Pancras International. The fare with a railcard discount was a very reasonable £7:85. Speed restrictions due to high winds meant an additional fifteen minutes added to the journey, which usually takes around an hour. 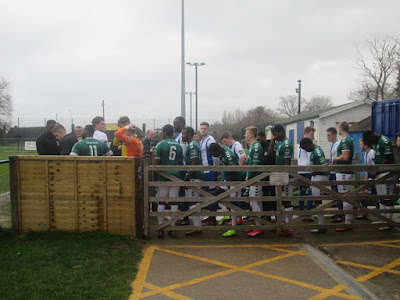 To reach the ground from the railway station on foot takes a little over twenty minutes. The route I followed took me through Clair Park, which contains a cricket pitch (Haywards Heath Cricket Club). There is a two-tiered bank overlooking the playing area containing lots of park benches. I would imagine many a summer has been spent and enjoyed there by the locals, such is the magnificent setting. 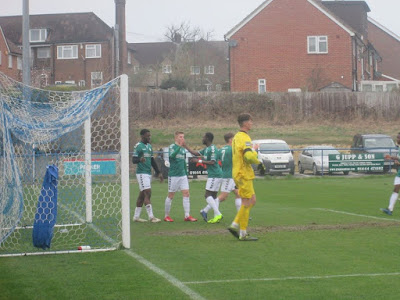 That banking at the cricket field is not the only spectacular sporting structure in Haywards Heath. I have long intended to visit the football ground, having seen pictures of the marvellous grandstand, I was not dissapdisapp! It is the standout feature of the ground and also contains the changing rooms and clubhouse facilities. The only other spectator viewing area at the ground is a small one-step standing area beside the turnstiles (a welcome retreat on a blustery day). 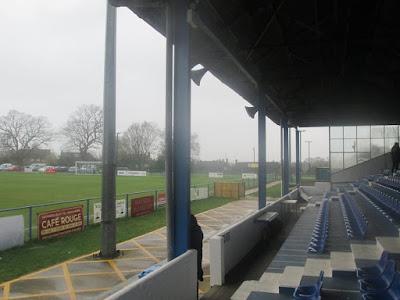 It was in the homely clubhouse that I was able to sample a couple of beers from the local Bedlam Brewery. Pale (4.8%) is brewed using US hops and was very pleasant indeed. However, I resisted the pull to have another, instead opting for the Porter which did not disappoint and set me up nicely for the match. 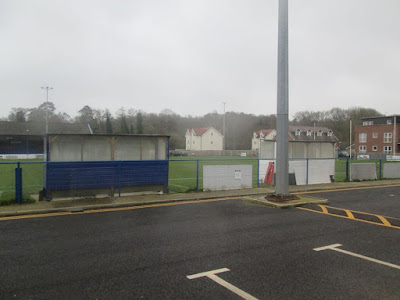 Currently in the play-off positions, the home side was looking to assert themselves in this match. However, in very strong winds, it was Whyteleafe that were the more composed early on and it was no surprise when they took the lead through Junior Aikhionbade. A vastly improved second half performance from the home side saw them takes the points following Andy Dalhouse’s leveller and two goals from Callum Saunders. The walk back to the station enabled me to catch the 17:17 return Thameslink Service. I enjoyed my visit to Haywards Heath Town and can now cross the Hanbury Stadium off my bucket list! 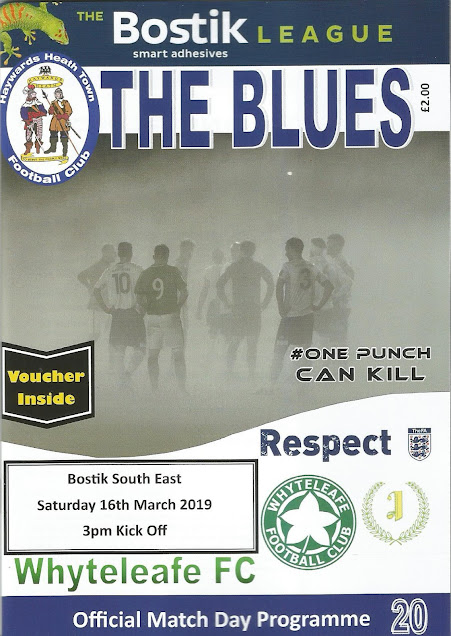 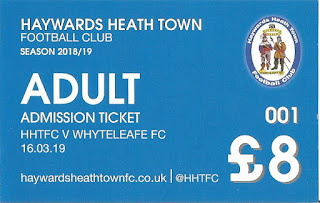 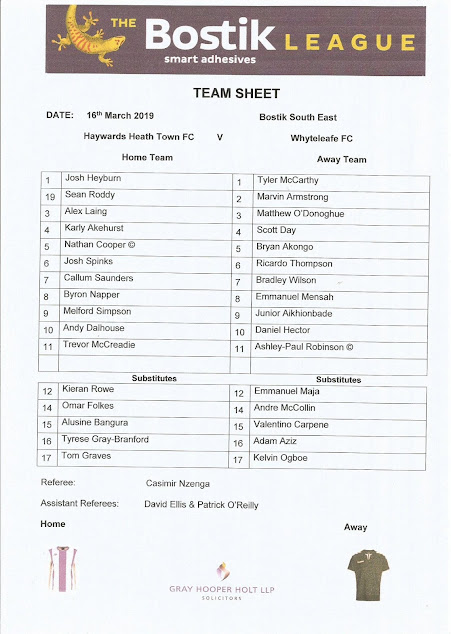