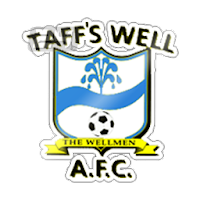 Taff's Well is a semi-rural village located 6 miles to the North of Cardiff known locally as the 'Gates to the Valleys', Taff's Well is distinguished because it contains the only thermal spring in Wales. The tepid water is thought to rise along a fault-line from the Carboniferous Limestone. The Garth Mountain overlooks the village and was the inspiration for the fictional "Ffynnon Garw", featured in the book, and film The Englishman Who Went Up a Hill, But Came Down a Mountain. Taff's Well grew into an important railway junction during the mid to late nineteenth century, when Cardiff was a major global exporter of coal. The railway station, which opened in 1863 is situated on the Rhondda and Merthyr Lines. Services are provided by Transport for Wales northbound to Treherbert, Aberdare, Merthyr Tydfil via Pontypridd and southbound to Cardiff Queen Street and Cardiff Central. The average journey time to Cardiff Central is 20 minutes at a frequency of 6 trains per hour. 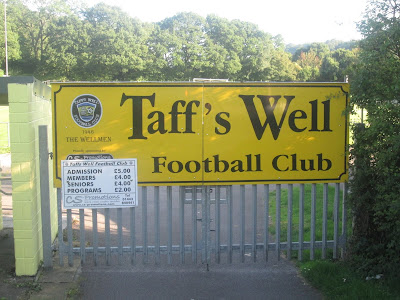 The football club was formed at a meeting of interested people in the summer of 1946. Foremost at the meeting were Bill Newman, Elan Gough and John Morley. Two teams were formed and entered into the Cardiff and District League. The Gwaelod y Garth cricket ground "The Ynys", alongside the river provided the clubs first home. This ground was not ideal and in their second year they opened negotiations with Dai Parry, a local Rhiw Dda'r farmer, who provided them with a field. The dressing rooms were in St Mary's church hall, Glan y Llyn. During the inaugural year a successful application was made to join the newly formed South Wales Amateur League. The club soon achieved success and between 1949 and 1956 were runners-up four times and champions twice. They won the old Corinthian Cup in 1954 and were finalists in 1951 and 1953. In 1947 an application to join the Welsh League failed. In those days the pyramid system did not exist. The club entered the Welsh League in 1977. 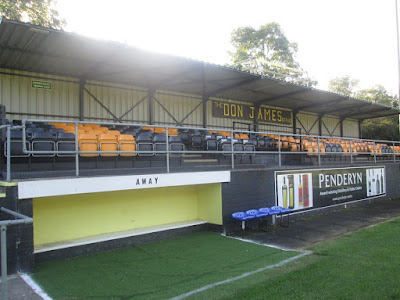 I travelled to Taff’s Well on one of the frequent train services from Cardiff. From the station it takes around ten minutes to walk to Rhiw’r Ddar. On arrival at the ground I was greeted by Don James (club president), who was manning the turnstile. Don has been involved with the football club since 1960, when he joined as club secretary. This friendly welcome was replicated in the clubhouse where the gentleman behind the bar gave me a programme from a previous match.

The clubhouse is a shrine to the club’s history and contains a wealth of photographs, programmes and trophies, painting a picture of the club’s progression over the years. There is a licensed bar and a refreshment hatch within the building along with the changing facilities for the players and match officials. 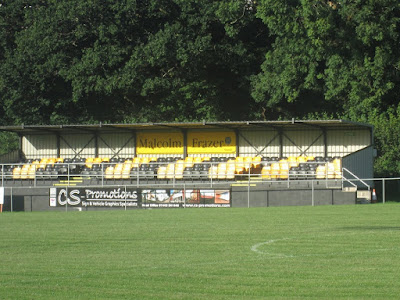 The ground is situated in a picturesque setting with the previously mentioned mountain providing a superb backdrop. The ground is fully railed with hardstanding. On both sides of the pitch are similar raised covered seated stands, one of which contains the dugouts as part of the same structure. 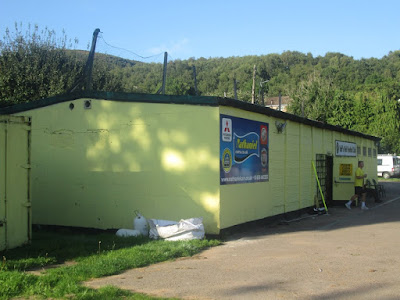 Visitors Swansea University are making good progress since re-joining the Welsh League in 2017. They were certainly in the ascendancy during the early part of this match and anyone assuming a 19:45 kick off rather than 19:30 (I do prefer the traditional earlier start) may have missed the first two goals for the visitors. 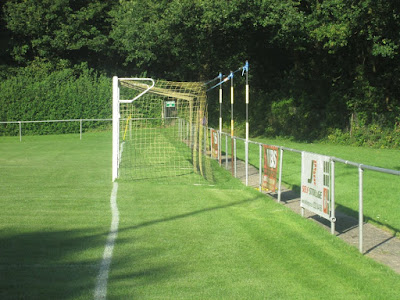 The second period saw the home side perform better and following a couple of chances they did reduce the arrears. However, Swansea University always threatened and their third goal wrapped up the points and ensured their first win of the season. The 21:34 service back to Cardiff ran on time and was another reason that I welcomed that 19:30 kick off! 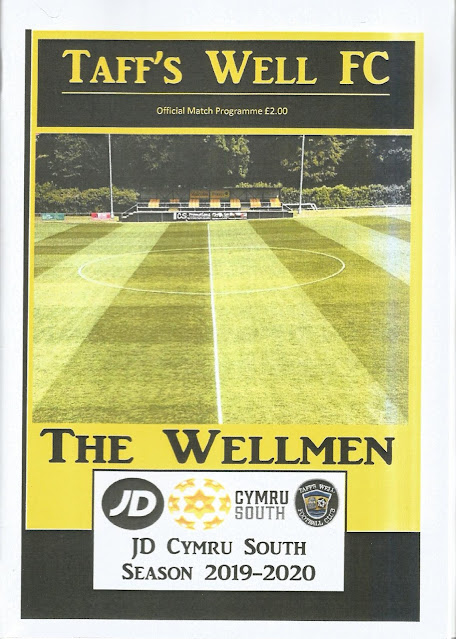