Frenford clubs was founded in 1928 by Jack Carter, originally as a boys club. By 1930 it had grown into a sports and social club. The football club was established during World War II by the Frenford Sports and Social Club under the name Frenford Senior. They later joined the Ilford & District League, and were Premier Division champions in 1975–76. In 1995 the club joined Division Two of the Essex Intermediate League, going on to win the division at the first attempt and earning promotion to Division One. The 2003–04 season saw them win the Essex Premier Cup and the Capital Counties Feeder League Trophy. They finished second in Division One again in 2004–05, after which the league was renamed the Essex Olympian League. 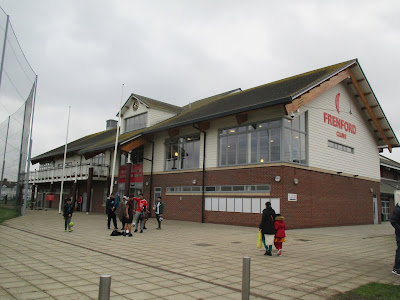 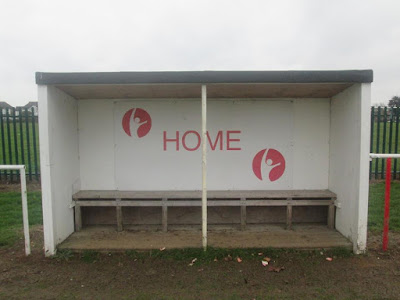 The journey to the Jack Carter Centre was relatively straightforward. I was able to catch a train from Cheshunt to Stratford and then took a Central Line train to Gants Hill. The walk from the station to the ground took around 15 minutes, although you see the ground much earlier, but there is no access at the earlier stage. 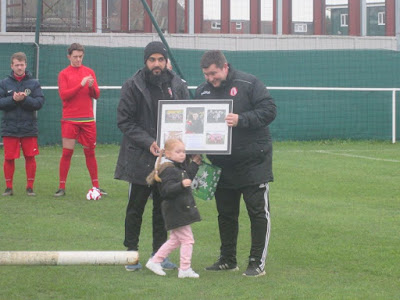 As a new entrant to senior football, Frenford’s ground and associated spectator facilities are at the embryonic stage and there is a lot to do in order to maintain their current status. Plans are in hand to enhance the facilities, which will include the installation of floodlights and an artificial playing surface. 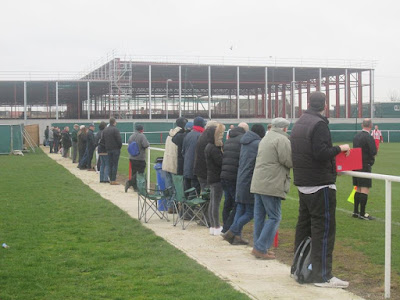 This match was proceeded by a presentation made to Frenford’s long serving manager David Forbes for whom the previous match was his 500th as manager of the club. The 15:06 kick off on an overcast gloomy February day without floodlights was probably not the best way to commence proceedings but matches at this level do not always start on time. 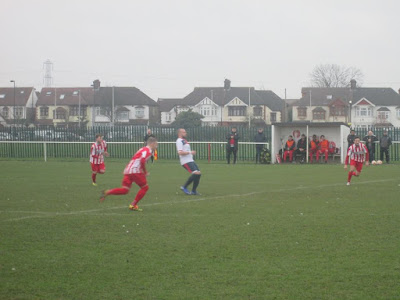 I would describe this match as a slow burner, with both teams taking time to discover some rhythm. White Ensign had the greater initiative early on but as the first half progressed, the home side was making their mark. The second period had a higher tempo and exploded into life when the visitors took the lead courtesy of a long-range lob over the keeper. 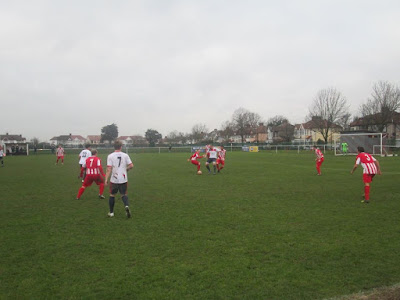 The home side levelled through another strike over the keeper and the two goals provided a bit of excitement that was not in keeping with the overall quality of the match. Most would agree that a draw was a fair result between two committed teams. Phil Bayley was on hand to provide a lift to Redbridge Station, which meant I was able to catch the 17:30 train from Stratford. 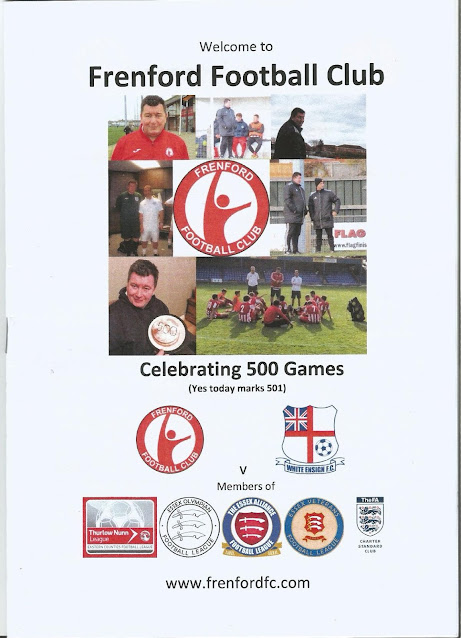