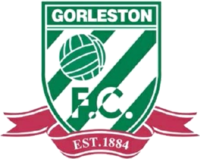 Gorleston-on-Sea is a town in Norfolk, to the south of Great Yarmouth. Situated at the mouth of the River Yare, it was a port town at the time of the Doomsday Book. The port then became a centre of fishing for herring along with salt pans used for the production of salt to preserve the fish. In Edwardian times the fishing industry rapidly declined and the town's role changed to that of a seaside resort. Historically the town was in the county of Suffolk. In the Middle Ages it had two manors, and a small manor called Bacons. In 1832, it became a part of Great Yarmouth for electoral purposes. Finally in 1835 it merged with the town and became part of Great Yarmouth in the county of Norfolk. Two railway stations once served the town. Both were on the coastal line which joined Great Yarmouth with Lowestoft - Gorleston-on-Sea closed in 1970 whilst its neighbour, Gorleston North closed in 1942. In the Great Storm of 1987, Gorleston experienced the highest wind speed recorded in the UK on that day, which was 122 mph. 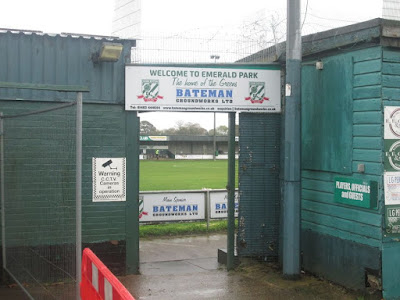 The football club was established on 27 September 1887 by members of Gorleston Cricket Club looking for a winter pastime, and was initially nicknamed the "Cards", playing in crimson shirts and blue shorts. The first competitive match was a game against Beccles Caxton in the Suffolk Senior Cup. In 1935 Gorleston FC was a founder member of the Eastern Counties League. Their final trophy before World War II was the Senior Cup in 1937–38, beating local rivals Great Yarmouth Town 3–0. After the war, the club won the Senior Cup again in 1951. In 1951–52 the club reached the first round of the FA Cup for the first time, and were drawn against Leyton Orient. After a 2–2 draw at Brisbane Road and a 0–0 draw at the Recreation Ground (at which the club's record attendance of 4,473 was set), a second replay was held at Arsenal Stadium (Highbury), resulting in a 5–4 win for Leyton Orient, with Gorleston having been 4–1 down at one point in the match. In 1983 the club left their former Recreation Ground base to move to Emerald Park. In November 2019 the club revealed plans to move to a new ground on the site of East Norfolk Sixth Form College on Church Lane. 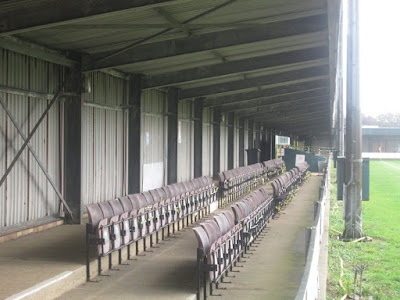 The journey by train was made from Cheshunt via London Liverpool Street and Norwich. I used a discounted rail voucher resulting in a return fare of £5:00 (thanks again Martin). On arrival at Great Yarmouth, I headed straight for The Troll Cart (J D Wetherspoon) taking advantage of the large breakfast and a couple of decent guest ales. This establishment is adjacent to bus station and a number of regular services run to Gorleston from there. The most frequent being route 8 which also serves Caister in the other direction. The journey across the River and along to Gorleston takes around 25 minutes, route 8 takes you to within 5 minutes walk of the ground. 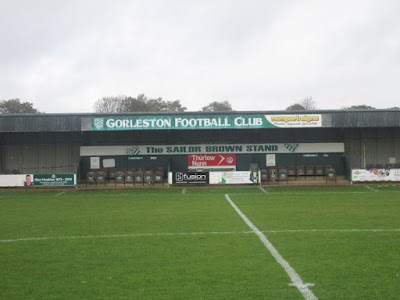 On arrival at the ground, there was an immediate welcome from the gentlemen manning the entrance. I was able to explore the ground and even given permission to go onto the pitch. Emerald Park is a superb venue and has cover on three sides of the ground. Step terracing is complemented with rows of seating along one side. My initial thoughts were that this venue is better than many playing at higher level. The fully enclosed ground is part of a much wider green field expanse with other football pitches and recreational facilities. I was told that when the club relocate, a total of 97 houses would be built on the site. 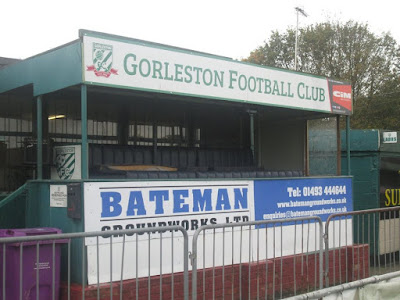 I was also informed that the new ground would have a 4G surface. The new place will be functional and efficient, but it will take a lot for it to get anywhere near Emerald Park in terms of charms and quirky character. Along the main side of the pitch are a collection of buildings including the changing rooms, clubhouses and turnstile area. I guess that this collection has emerged over the years and represents a lot in terms of the history of the club. I also got the impression that there is a real club spirit at Gorleston with everyone pulling together to do their bit. 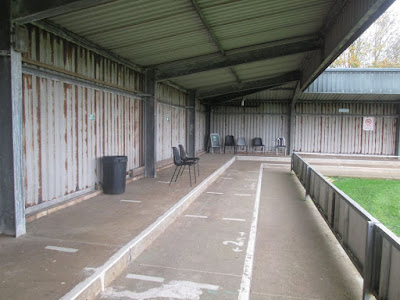 This FA Vase encounter with Downham Town would be settled on the day, if necessary, by penalties. The visitors were on a good run of form and although a dour first half ended goalless, it was they that had looked the more likely to break the deadlock. Seven minutes into a lively second half, Downham took the lead through Ryan Pearson. Another goal for the visitors may well have put the game out of reach for Gorleston. However, it was the hosts that sprung into life with their best movement of the match when Chris Henderson equalised. Surprisingly, Downham took the lead again through Joe Jackson (whilst down to ten men temporarily as a result of a player being sent to the sin bin). 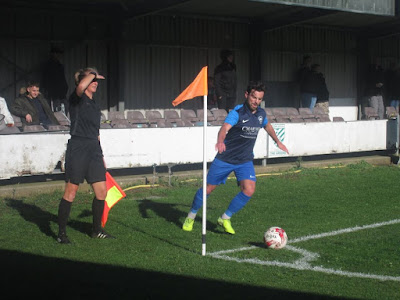 Substitute Marcus Dunthorne-McInerney scored a second leveller for Gorleston in the 87th minute, before Henderson grabbed his second and the winning goal to send Gorleston into the next round. The result was harsh on Downham Town who for most of the match did not look like a team from a lower division. They certainly did not deserve to be beaten. However, goals win football matches and Gorleston scored three from what I believe were their only direct attempts on goal! I’m so glad I managed to visit this wonderful ground! 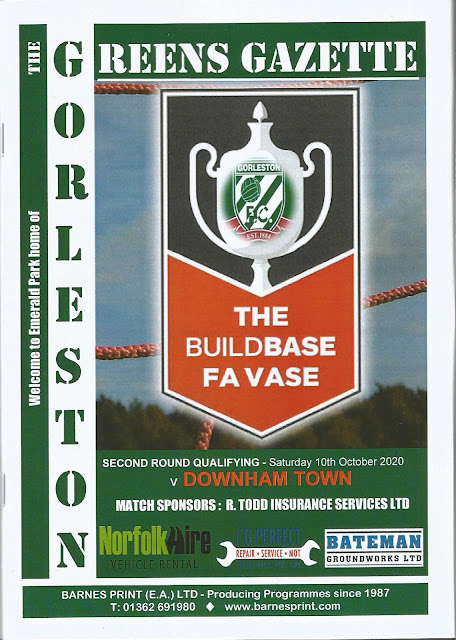 Glad the vouchers are coming of use Steve,and sounds like a good day was had.
Chris Henderson interestingly left King's Lynn only a week or two before the start of their National League campaign for personal reasons. He was probably their best player last season but apparently couldn't commit to the extra travelling etc. Will be a stand out at Gorleston I think.