It is believed that the Romans arrived in the Leicester area around AD 47, during their conquest of southern Britain. The Corieltauvian settlement lay near a bridge on the Fosse Way, a Roman road between the legionary camps at Isca (Exeter) and Lindum (Lincoln). It remains unclear whether the Romans fortified and garrisoned the location, but it slowly developed from around the year 50 onwards as the tribal capital of the Corieltauvians under the name Ratae Corieltauvorum. In the 2nd century, it received a forum and bathhouse. In 2013, the discovery of a Roman cemetery found just outside the old city walls and dating back to AD 300 was announced. The remains of the baths of Roman Leicester can be seen at the Jewry Wall; recovered artefacts are displayed at the adjacent museum. Henry Walker was a successful pork butcher who moved from Mansfield to Leicester in the 1880s to take over an established business in High Street. The first Walker's crisp production line was in the empty upper storey of Walker's Oxford Street factory in Leicester. In the early days the potatoes were sliced by hand and cooked in an ordinary fish and chip fryer. 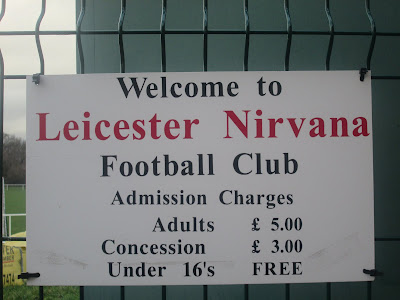 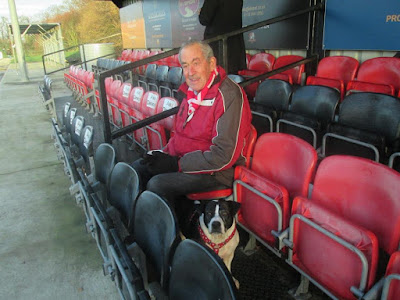 With the Leicester City v Tottenham Hotspur fixture rescheduled for a 19:45 kick off, this Pieman was presented with an opportunity to visit another ground within the city. I had seen Leicester Nirvana previously in an away fixture at Peterborough Northern Star a few years ago. It was good to get to see a home match at Hamilton Park. 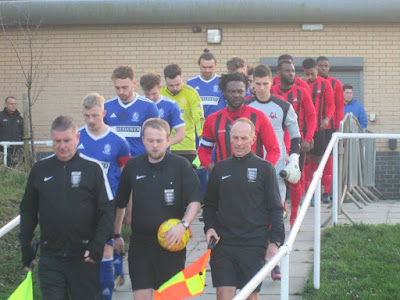 To reach the ground by public transport it is very straightforward. Arriva buses operate routes 58 and 58a (five services per hour for each) from Humberstone Gate in the city centre. The two routes run in a loop and it is worth bearing in mind that the 58a service is quicker before the match and the 58 service is quicker after the match. The bus stops are just a couple of hundred yards from the ground. 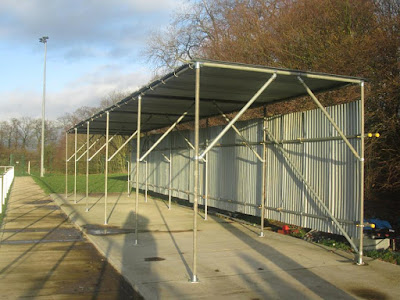 Hamilton Park is a tidy venue. There is a small covered seated stand along one side of the pitch and next to this is a covered flat concrete based structure, both areas providing shelter from adverse weather which was certainly needed on this particular afternoon. The fine clubhouse building is on a raised level behind one of the goals. Apart from the changing rooms, this block also contains a refreshment area. There is also a slight overhang from this building providing a little more cover. With the exception of the dugouts, situated on the opposite side of the pitch, there are no other facilities. 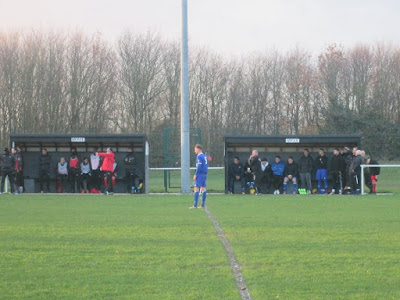 This match saw 9th placed Leicester Nirvana host 4th place Oadby Town. The match was effectively a local derby with Oadby being located just outside Leicester. In tremendously blustery conditions, the home side were playing with a tailwind and really took the game to the visitors. Two early goals set the scene and by half time the score was 5-0. 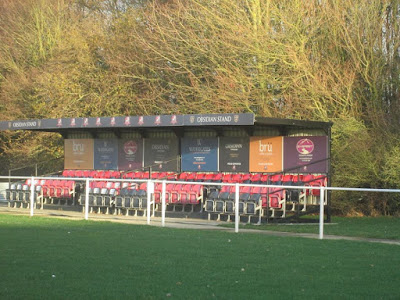 Playing with the wind in their favour in the second period, Oadby pulled a couple of goals back and with a little more good fortune, could have made the match closer. However, when considering all factors, Leicester Nirvana displayed enough quality over the 90 minutes to deserve their victory. The half dozen Tottenham Hotspur supporters attending this match appreciated the warm welcome from the host club and the Spurs fan on the Oadby Town bench. Special mention to Robert Davies, one of the Spurs fans in the crowd, who probably touched the ball more than the home goalkeeper. 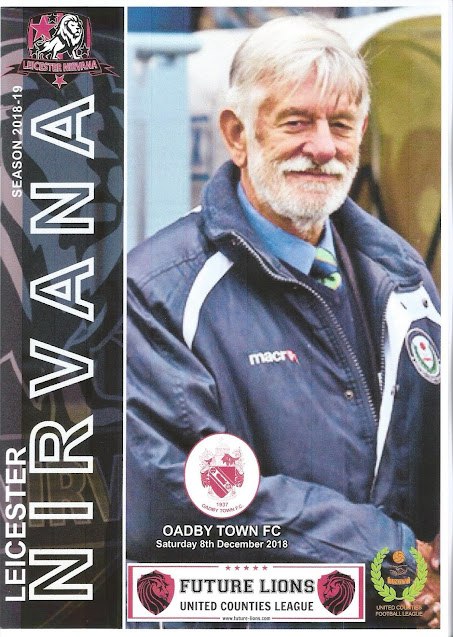