Cork is a city in Ireland, located in the South-West Region, in the province of Munster. It is the second largest city in the state. The city is built on the River Lee, which splits into two channels at the western end of the city; the city centre is divided by these channels. They converge at the eastern end where the quays and docks along the riverbanks lead outwards towards Lough Mahon and Cork Harbour, one of the world's largest natural harbours. The city's charter was granted by Prince John, as Lord of Ireland, in 1185. The city was once fully walled, and some wall sections and gates remain today. Since the nineteenth century, Cork had been a strongly Irish nationalist city, with widespread support for Irish Home Rule and the Irish Parliamentary Party, but from 1910 stood firmly behind William O'Brien's dissident All-for-Ireland Party. O'Brien published a third local newspaper, the Cork Free Press. In the War of Independence, the centre of Cork was burnt down by the British Black and Tans and the city saw fierce fighting between Irish guerrillas and UK forces. During the Irish Civil War, Cork was for a time held by anti-Treaty forces, until it was retaken by the pro-Treaty National Army in an attack from the sea. 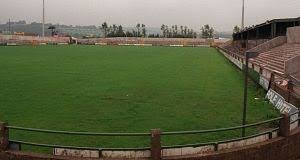 Musgrave Park first purchased by the Munster Branch of the Irish Rugby Football Union in the late 1930s, and in use by the early 1940s. Named for Jimmy Musgrave, a past-president of the IRFU, this early ground incorporated a small pavilion between two pitches. Terracing and seating were later added. Dolphin and Sunday's Well rugby clubs were tenants from the outset, though the ground also sometimes hosted provincial and international games. The latter included a number of notable Munster Rugby performances against touring international teams, including Australia (in 1967), the All Blacks (in 1973).

This pre-season match was played at Musgrave Park rather than Turners Cross, presumably due to the latter being deemed unsuitable to host a visit from Tottenham Hotspur and the large crowd that was expected. 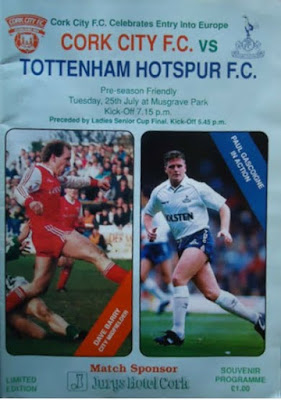