Finchley is a district of North London, England, in the London Borough of Barnet. It is on high ground, about 11 km north of Charing Cross and formed an ancient parish in the county of Middlesex, becoming a municipal borough in 1933, and has formed part of Greater London since 1965. It is predominantly a residential suburb, with three town centres. Finchley probably means "Finch's clearing" or "finches' clearing" in late Anglo-Saxon; the name was first recorded in the early 13th century. Finchley is not recorded in Doomsday Book, but by the 11th century its lands were already held by the Bishop of London. In early medieval period the area was sparsely populated woodland. During the 12th and 13th century, proper farming began, and by the 15th and 16th centuries the woods on the eastern side of the parish had been cleared to form Finchley Common. The medieval Great North Road, which ran through the common, was notorious for highwaymen until the early 19th century. In 1933, the Underground New Works Programme, 1935-1940 was announced, to electrify the lines through Finchley, and connect the Northern line from Archway to East Finchley, via a new tunnel. Much of the work was carried out, and East Finchley station was completely rebuilt, but the project was halted by the Second World War. All passenger services from Finchley to Edgware ended in September 1939. Nevertheless, Underground trains began running from central London to High Barnet in 1940, and to Mill Hill East, to reach the large army barracks, in 1941. After the war, the introduction of London's Metropolitan Green Belt undermined pre-war plans, and the upgrading between Mill Hill East and Edgware (the 'Northern Heights' project) was abandoned, although the line continued to be used by steam trains for goods traffic through Finchley, until it closed completely in 1964. George Michael, the singer, was born in East Finchley. 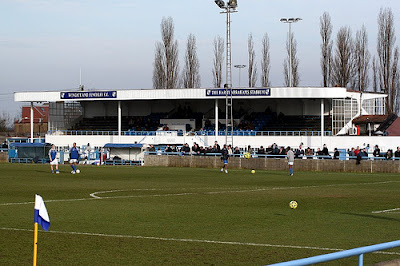 Finchley Football Club was founded in 1874 by Pa Jackson and play at Summers Lane. In 1902 the club joined Division Two of the London League, and after finishing fourth in 1903–04, they were promoted to Division One. League reorganisation saw them placed in Division One B for the 1909–10 season, after which they left the league. They returned to Division One for the 1910–11 season, but left in 1912 to become founder members of the Athenian League. In 1914 they rejoined the London League, playing in the Amateur Division, but did not return after World War I until 1923–24, when they were placed in the Premier Division. In 1929 the club rejoined the Athenian League, but returned to the London League after a single season. They were Premier Division champions in 1936–37, and returned to the Athenian League for the 1939–40 season, which was abandoned due to World War II. After the war the club rejoined the Athenian League. They reached the first round of the FA Cup for the first time in 1946–47, losing 5–0 at Port Vale. In 1952–53 they reached the first round again, where they defeated Kidderminster Harriers 1–0. In the second round they beat Crystal Palace 3–1 at home, before losing 2–0 at Shrewsbury Town in the third round. The following season they were Athenian League champions, and reached the first round of the FA Cup again, losing 3–1 at home to Southend United. When the league added more divisions in 1963 they were placed in the Premier Division, where they remained until being relegated to Division One at the end of the 1969–70 season. In 1973 they transferred to Division Two of the Isthmian League. In 1980–81 they finished bottom of a (renamed) Division One, and were relegated to Division Two. They were placed in Division Two North after restructuring in 1984, and after finishing second in 1984–85, were promoted to Division One. However, they were relegated back to Division Two North after finishing bottom of Division One in 1986–87. 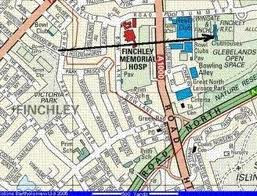 This Pieman visited Summers Lane for a pre-season match. Tottenham Hotspur ran out 4-1 winners on the night. The journey was made by Northern Line underground services. 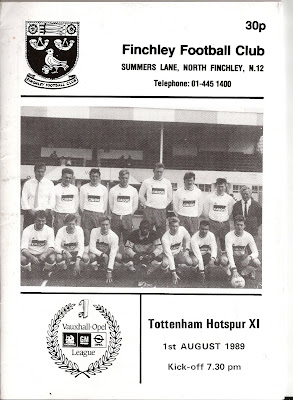