Hamilton is a town in South Lanarkshire, in the Central Lowlands of Scotland. It serves as the main administrative centre of the South Lanarkshire council area. The town sits 12 miles south-east of Glasgow, and 74 miles north of Carlisle. It is situated on the south bank of the River Clyde at its confluence with the Avon Water. The town of Hamilton was originally known as Cadzow. During the Wars of Scottish Independence, the Hamilton family initially supported the English and Walter fitz Gilbert (the head of the Hamilton family) was governor of Bothwell Castle on behalf of the English. However, he later changed loyalty to Robert the Bruce, following the Battle of Bannockburn, and ceded Bothwell to him. For this act, he was rewarded with a portion of land which had been forfeited by the Comyns at Dalserf and later the Barony and lands of Cadzow. The town was renamed Hamilton in the time of James, Lord Hamilton, who was married to Princess Mary, the daughter of King James II. 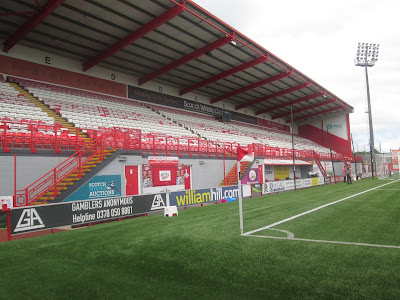 Hamilton Academical FC was formed in late 1874 by the rector and pupils of Hamilton Academy. The club soon became members of the Scottish Football Association and initially began competing in the Scottish Cup and Qualifying Cup, before joining the Scottish Football League in November 1897 following the resignation of Renton. In 1994 the club sold its home ground, Douglas Park, to Sainsbury's and a supermarket now stands on the old site. Groundsharing in Glasgow and Coatbridge followed for seven years.  During this period the club went through financial hardships and unpaid players went on strike. As a result, Hamilton Academical was unable to fulfil its fixtures during the 1999–2000 season and was docked 15 points, the eventual result of which was relegation to the Third Division. The club moved into its New Douglas Park stadium in 2001. In 2008, for the first time in 20 years, Accies gained promotion to the top division of Scottish football. 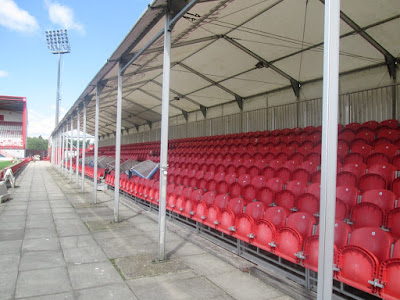 In February 1988 I visited Hamilton’s former ground, Douglas Park, for a match v Clyde. On that occasion my journey from London Euston involved changing trains at Motherwell in both directions, avoiding going all the way in to Glasgow. These days the Motherwell connection is not viable. Therefore, I ventured to Glasgow Central from London Euston, stopping off for some refreshment before catching a service (4 per hour) from the low-level station to Hamilton West. 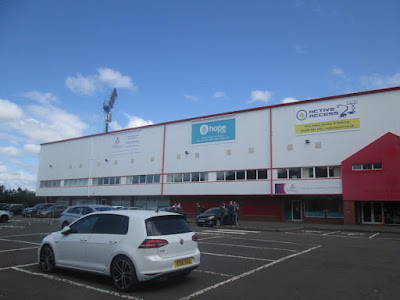 To reach New Douglas Park from the station, there is a footpath running adjacent to the railway and the walk takes around five minutes. The route takes you past the Sainsbury’s store, situated on the site of the old ground. An alternative route is to stay on the opposite side of the railway to the stadium and enter the club car park via a road tunnel. 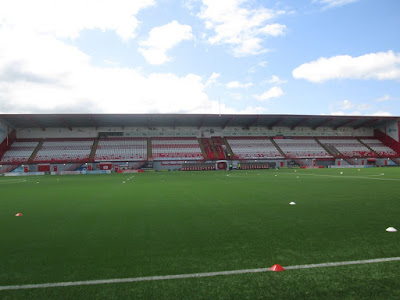 On arrival, I was able to purchase a match ticket and a programme before taking photographs outside the stadium. I also took the opportunity to sneak inside the ground on the far side, opposite the main stand, in order to get some pictures of the ground from there that I would not have been able to obtain once in the correct area. Only the main stand was in use for this match and token segregation was in place (Queen’s Park fans occupied one corner). 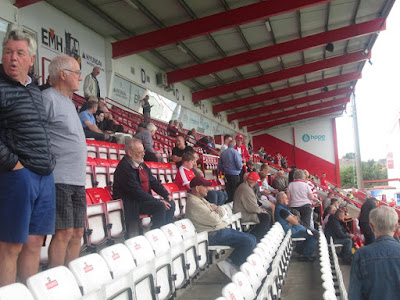 The ground is effectively three sided with the main stand and another (to the left as you face the pitch) being the permanent structures, both containing covered seating affording good vies. Another (temporary looking in appearance) stand is situated opposite the main stand. This covered seated area would presumably only be put to use when there is a greater volume of away support. This stand does have a number of posts that may hinder views. The remaining end of the ground has no spectator facilities and the club has used large banners and fences to segregate the playing area from the training facilities immediately behind. 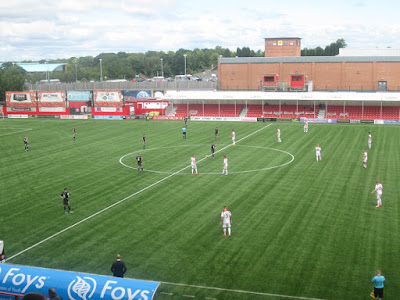 The artificial playing surface is impressive and on another day may have encouraged a free flowing match with plenty of goal opportunities. Queen's Park did well to compete with their higher ranked opponents, but it is fair to say that both defences held the sway in a match of very few chances. Queen’s Park won an extra point towards their Group Stage tally, courtesy of a 6-5 victory in a penalty shootout. The hosts thought they had won the shootout in sudden death when Owain Fon Williams saved Alfredo Agyeman's effort, only for referee Nick Walsh to order a retake after the goalkeeper moved off his line. The keeper also received a yellow card, probably dictated by the rules but I thought this was harsh. 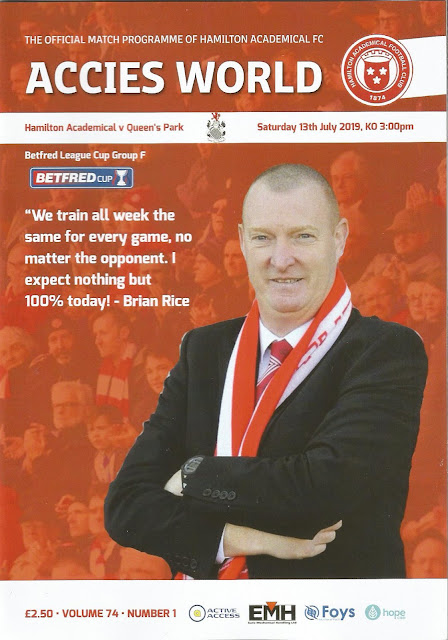 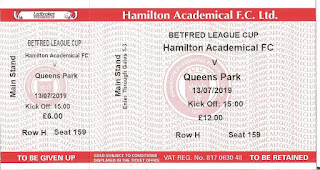 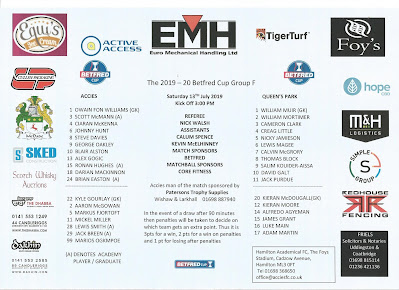