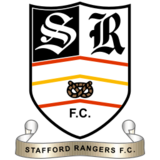 Stafford is the county town of Staffordshire, in the West Midlands. It lies approximately 16 miles North of Wolverhampton and 18 miles south of Stoke-on-Trent. Stafford means 'ford' by a 'staithe' (landing place). The original settlement was on dry sand and gravel peninsula that provided a strategic crossing point in the marshy valley of the River Sow, a tributary of the River Trent. There is still a large area of marshland northwest of the town, which has always been subject to flooding. The Normans built Stafford Castle in about 1090. It was first made of wood, and later rebuilt of stone. It has been rebuilt twice since, and the ruins of the 19th century gothic revival castle on the earthworks incorporate much of the original stonework. The oldest building now in Stafford is St Chad's Church, dating back into the 12th century. The town was represented in Parliament by the famous playwright Richard Brinsley Sheridan in the 18th century. 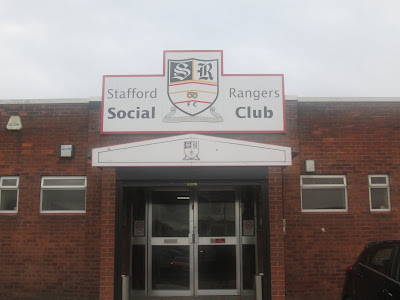 Despite extensive research, no one has been able to prove conclusively when Stafford Rangers FC was actually formed, as early minute books were destroyed during the First World War. Rangers' formation year is recognised as 1876 because of articles in the local Advertiser newspaper, but an alternative theory on Rangers' formation date, printed in the Sentinel newspaper during 1891, suggests that the club was founded by a Bible class in 1877. 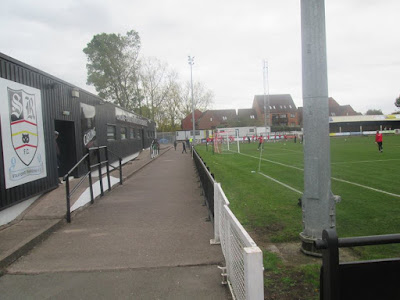 With The Wolverhampton Wanderers v Tottenham Hotspur fixture being scheduled for a “very considerate” 19:45 Saturday evening kick-off, this presented an opportunity to take in a non-league match in the vicinity. There are four trains per hour between Stafford and Wolverhampton, with a journey time of around 15 minutes and this fitted nicely with my plans. Marston Road is also a venue that I have wanted to visit for many years. 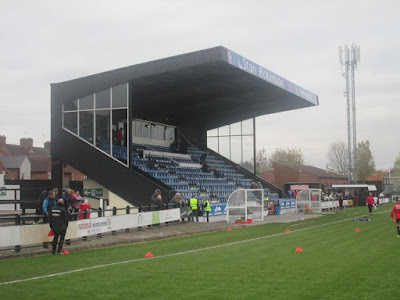 To reach the ground, walking from Stafford railway station takes around twenty minutes and takes you past the imposing HM Prison walls. Before heading to the ground, I also took the opportunity to have a look around the town centre. A number of olde worlde and quirky buildings help to add to the interest. It is good to see a town centre that has retained character and heritage. 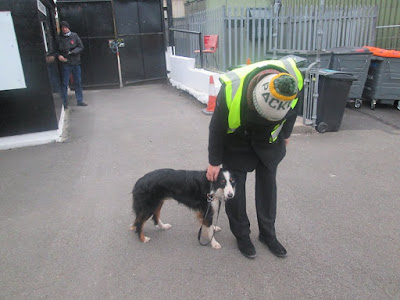 On arrival at the ground I was greeted by a couple of stewards who informed me that the Gainsborough Trinity team coach was soon to arrive. The visiting supporters transport was soon to follow, having mistakenly arrived at Stafford Town FC before arriving at the correct destination. It was good to be able to enjoy the hospitality in the social club before the match. Bombardier on hand pump was a bonus, as was a brief tour of the club facilities. This also included an area dedicated to the Royal Staffordshire Regiment (particularly poignant at this time of year). 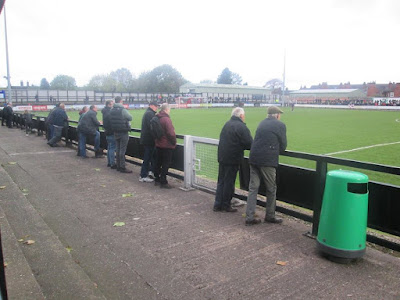 It was good to spend some time with the travelling Gainsborough Trinity supporters in the social club and both they and the home fans I spoke with were extremely friendly and welcoming. I was very impressed with the stadium. Lots of “old school” terracing around much of the ground. This was complimented by a fine seated stand along one side of the pitch. The terrace on the other side is covered and provides excellent shelter. In addition to the remembrance commemoration taking place before the match, we were able to pay tribute to Jon Downing (club president and former chairman), an extremely influential and popular man in the recent history of Stafford Rangers. Jon had passed away a few days earlier on 30 October. 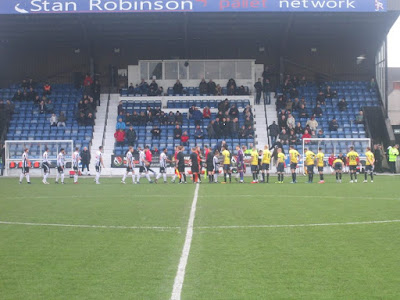 As for the match, the home side (16th in the table) were taking on their visitors from Lincolnshire (8th place). Gainsborough Trinity were experiencing a bit of a goal drought leading up to this match and it was Rangers (or Boro as they are known!) that were worthy of their one goal lead at the break. The second period saw a much-improved performance from the visitors who got stronger as the half progressed. Their equaliser was good reward for this and a point each was probably about right. 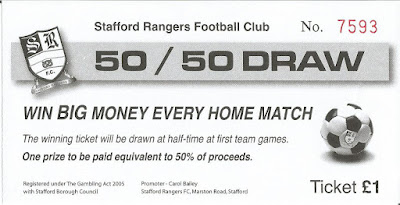 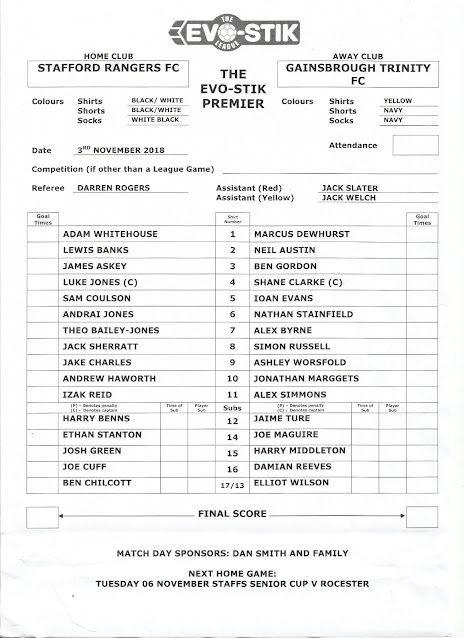 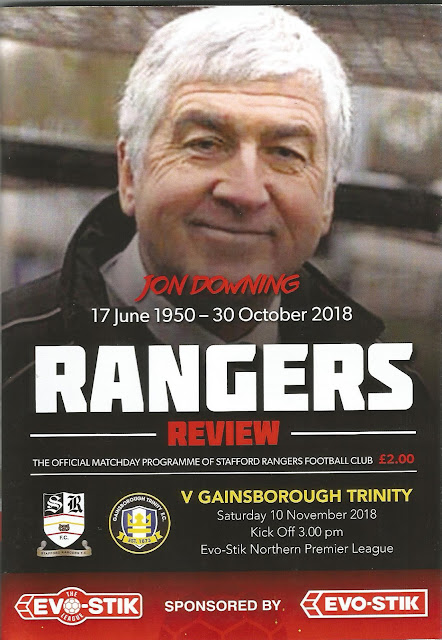