Madrid lies on the River Manzanares in the centre of both Spain and the Community of Madrid (which comprises the city of Madrid, its conurbation and extended suburbs and villages); this community is bordered by the autonomous communities of Castile and León and Castile-La Mancha. As the capital city of Spain, seat of government, and residence of the Spanish monarch, Madrid is also the political, economic and cultural centre of the country. Madrid is considered one of the top European destinations concerning art museums. Best known is the Golden Triangle of Art, located along the Paseo del Prado and comprising three museums. The most famous one is the Prado Museum, known for such highlights as Diego Velázquez's Las Meninas and Francisco de Goya's La maja vestida and La maja desnuda. The other two museums are the Thyssen Bornemisza Museum, established from a mixed private collection, and the Reina Sofía Museum, where Pablo Picasso's Guernica is exhibited, having been returned to Spain from New York after more than two decades. Madrid hosts the largest plaza de toros (bullring) in Spain, Las Ventas, established in 1929. Las Ventas is considered by many to be the world centre of bullfighting and has a seating capacity of almost 25,000. Madrid's bullfighting season begins in March and ends in October. Bullfights are held every day during the festivities of San Isidro (Madrid's patron saint) from mid May to early June, and every Sunday, and public holiday, the rest of the season. 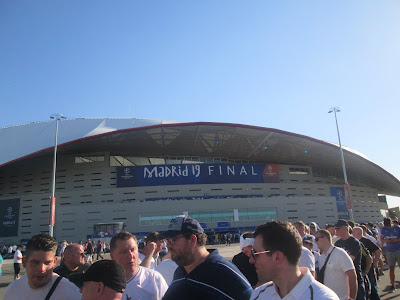 Atlético Madrid FC was founded on 26 April 1903 as Athletic Club Sucursal de Madrid by three Basque students living in Madrid. These founders saw the new club as a youth branch of their childhood team, Athletic Bilbao who they had just seen win the 1903 Copa del Rey Final in the city. In 1962, they won the European Cup Winners' Cup, beating Fiorentina 3–0 after a replay. This achievement was significant for the club, as the Cup Winners' Cup was the only major European trophy that Real Madrid never won. The following year the club reached the 1963 final, but lost to Tottenham Hotspur 5–1. 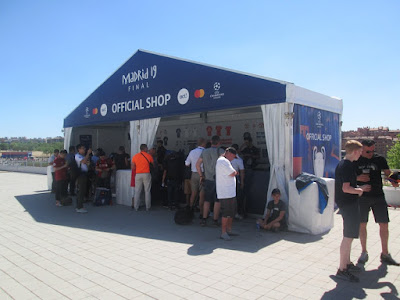 Estadio Metropolitano has been the home stadium of Atlético Madrid since the 2017–18 season. It is located in Rosas neighbourhood in the San Blas-Canillejas district. The stadium was built as part of Madrid's unsuccessful bid to host the 1997 World Athletics Championships, and was opened on 6 September 1994 by the Community of Madrid. It was closed in 2004 due to the city's bid for the 2016 Olympics and in 2013 it was passed into the possession of Atlético Madrid. The stadium was renovated and the new facility was reopened to the public on 16 September 2017, when Atlético Madrid faced Málaga CF in La Liga. The stadium accommodates 68,000, with all spectator seats covered by a roof. There are 4,000 car parking spaces available at the stadium. 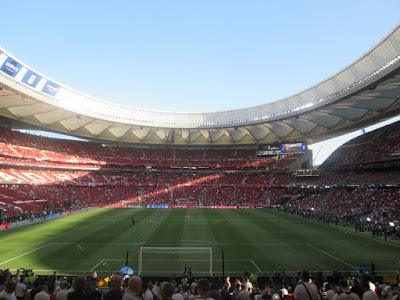 I have been attending Tottenham Hotspur matches for many years. I grew up in an era when there was limited access to football on TV. One of the few exceptions was the European Cup Final when I was able to watch the likes of Ajax and Bayern Munich as they dominated the continent. For me, this match was not about the corporate gravy train that is the UEFA Champions League – This was the European Cup Final! With two English teams contesting the final, it was clear that Spain (let alone Madrid) was going to be extremely busy in the days leading up to the match. Airlines and hotels would conveniently forget any morals and hide behind “market forces” as an excuse to fleece enthusiastic fans. Even the official travel partner of both clubs saw an opportunity to make a fast buck; such was the enormity of the occasion. 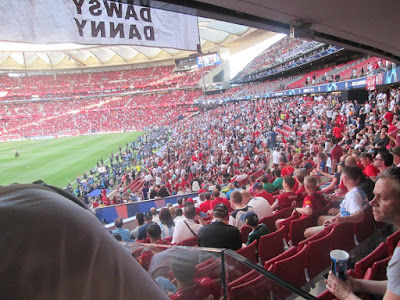 On arrival at the stadium, it was very clear that there is a fairly bland barren environment outside. I appreciate that this is most likely a work in progress, but I did expect a little more considering that the venue has been open a while now. The Spanish police were their usual obstructive, unhelpful, disrespectful selves, but sadly this is to be expected. However, once we had negotiated that hurdle, it was great to be able to wander around the immediate exterior of the stadium, enjoy some cold beer (Heineken on a very hot day almost tastes good) and meet football fans from around the globe. 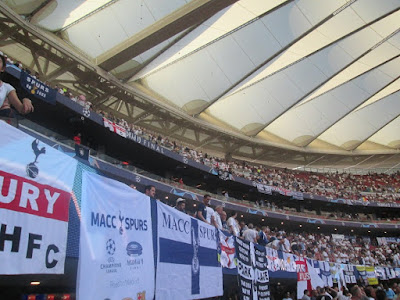 The inside of the stadium contrasts greatly with the disappointing exterior. It really is a fantastic modern venue with good views, good spectator facilities and if I’m honest is only bettered by that new place in N17! I liked the overall feel of the place and would love to return one day to watch an Atlético Madrid match. The match was settled by early and late goals enabling Liverpool to win the trophy for an impressive 6th time (congratulations to them). I will leave the detail and associated conjecture to other channels to report on. 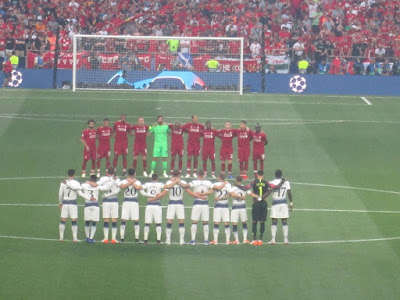 My travelling companion and long term Spurs associate, Kevin Dawney, informs me that in attending all 13 Champions League matches this season, he has seen 39 goals and spent £761 on match tickets. He has also travelled 4,233 miles from his base at Hemel Hempstead. There are many of us with similar stories. However, it doesn’t stop there, the Tottenham Hotspur Stadium was sold out for the screening of this match and the surrounding area was also extremely busy. The passion for the club is enormous and although the English media are reluctant to acknowledge accordingly, in favour of other stories (there were two clubs in this match), reaching the final was a remarkable achievement. The adventure has been season long and has featured some amazing matches. COYS. 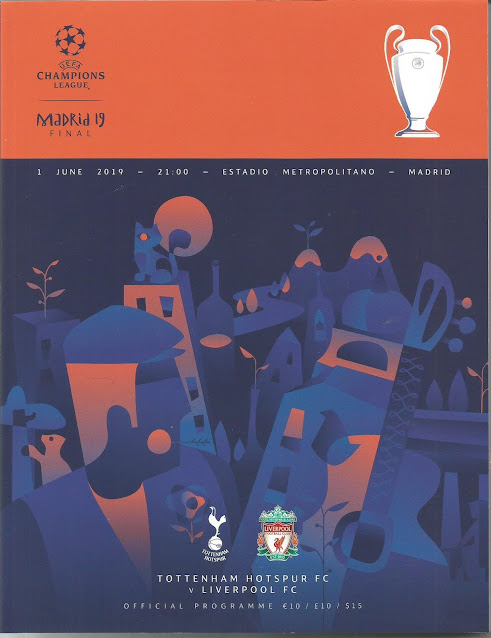