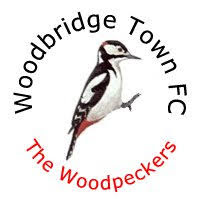 Woodbridge is a town in Suffolk, about 8 miles from the coast. It lies along the River Deben and has a population of about 11,000. The town is served by Woodbridge railway station on the Ipswich–Lowestoft East Suffolk Line. It lies within a short distance of the wider Ipswich urban area. The earliest record of Woodbridge dates from the mid-10th century, when St Aethelwold, Bishop of Winchester, acquired it. The Doomsday Book of 1086 describes Woodbridge as part of the Loes Hundred. Much of Woodbridge was granted to the powerful Bigod family, who built the famous castle at Framlingham. In 1943, the Royal Air Force (RAF) constructed a military airfield east of Woodbridge. During the Cold War, the United States Air Force used RAF Woodbridge as the primary home for two Tactical Fighter Squadrons until 1993. Woodbridge has a brass band, the Excelsior, which was formed in 1846, making it the oldest community brass band in East Anglia. 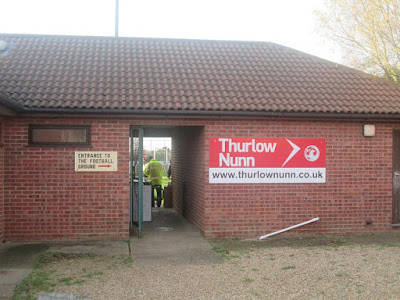 Woodbridge Town FC was formed at a meeting held on 23 July 1885, and the first match was played between the club's own members on a pitch at Farlingaye Hall. The club's first match, against St Helens of Ipswich, resulted in a 10–0 victory. The Suffolk County Football Association was formed in the same year, and the club were a founder member, as well as winning the first Suffolk Senior Cup by beating Ipswich Town 3–1 in the final at Portman Road. In 1908–09 they won the Junior Cup by beating RFA Ipswich 2–1, and in 1912–13 were champions of the Ipswich and District League's Senior Division. They won the Junior Cup again in 1927, beating Southwold Town 4–2. In 1929 they reached the final of the Senior Cup, but lost 5–0 to Ipswich Town. 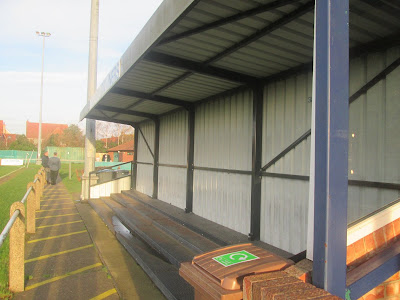 Making use of a complimentary Greater Anglia voucher. I was able to make a return journey from Cheshunt to Woodbridge via Stratford and Ipswich. The total cost of £5:00 representing fine value. On arrival at Woodbridge, my 25-minute walk to Notcutts Park was interrupted in order to take refreshment at The Cherry Tree (Adnams), where this Pieman delighted in his pint of Broadside. 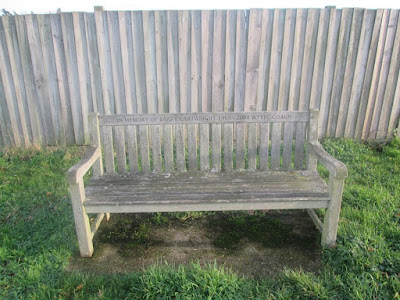 Notcutts Park is a tidy, if basic, venue. All the main facilities are situated along one side of the ground. The main clubhouse building incorporates a licensed bar, snack bar and a function room. The changing rooms and turnstile area are also part of this block. A short distance along from the clubhouse is a covered standing area, adjacent to which, is a covered seated stand. 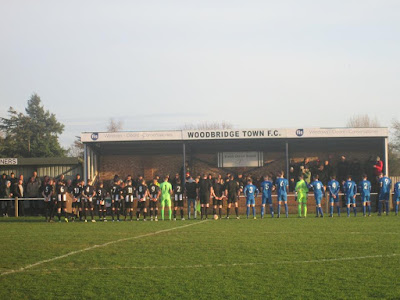 The pitch is fully railed and there is a concrete hardstanding surrounding the perimeter, with the exception of the area immediately behind the dugouts. This side of the ground backs onto the busy A12. There is housing behind one of the goals (it is via this estate that you access the ground) and a sloping open field behind the other. 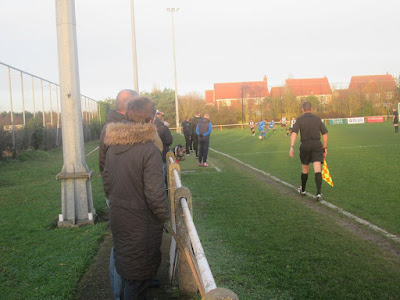 This match saw the 5th placed hosts, pitted against their 8th placed visitors. A win for Brantham Athletic would see them leapfrog Woodridge Town in the table, although the latter had two matches in hand. The first period saw the visitors lead following a header from a corner and try as Woodbridge did, they were unable to get past some resolute defending. 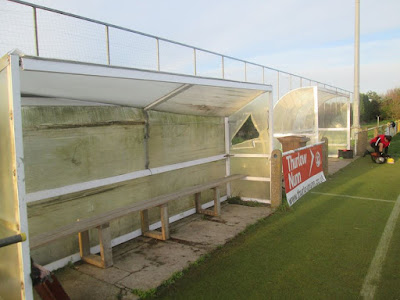 The second period commenced with a couple of substitutions for the home side. This clearly had the desired effect, as the hosts were more assertive and levelled with another headed goal from a corner. Although finishing stronger, the hosts could not find a winner. I was back at Woodbridge station in plenty of time to catch the 17:18 service to Ipswich, from where my onward connection to London was on time. Special thanks to Martin Norton for the rail voucher. 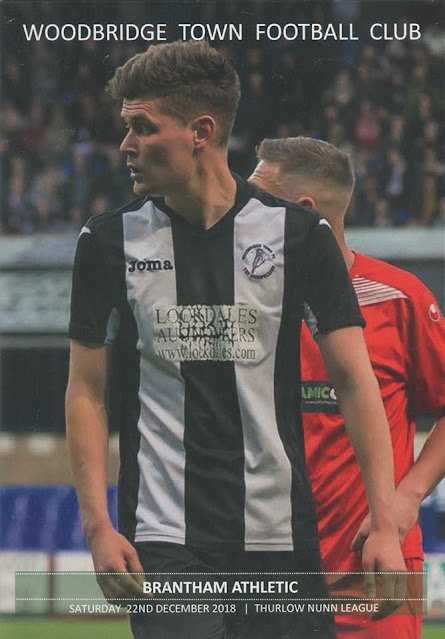