The Fylde is a coastal plain in western Lancashire, England. It is roughly a 13-mile square-shaped peninsula, bounded by Morecambe Bay to the north, the Ribble estuary to the south, the Irish Sea to the west, and the Bowland Hills to the east. The eastern boundary is approximately the location of the M6 motorway. It is a flat, alluvial plain; parts were once dug for peat, and it is the western part of an area formerly known as Amounderness. The River Wyre meanders across the Fylde from Garstang on the eastern edge, westwards towards Poulton and then northwards to the sea at Fleetwood. The area north and east of the tidal Wyre, known as Over Wyre, is the more rural side of the river. The West Coast is almost entirely urban, containing the towns of Fleetwood, Cleveleys, Blackpool, St Annes and Lytham; with Thornton, Carleton and Poulton-le-Fylde not far inland. This area forms the Blackpool Urban Area. The central southern part of the Fylde includes the smaller towns of Kirkham and Wesham. The rest of the Fylde is rural, containing villages that include Freckleton, Warton, Wrea Green, Great Eccleston, Hambleton, Knott End and Pilling. 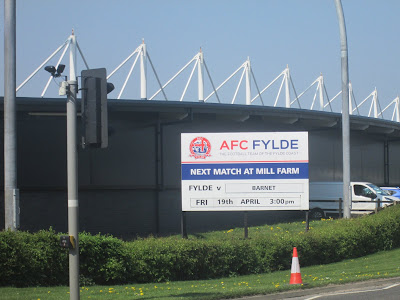 The club was formed by the amalgamation of Kirkham Town and Wesham in 1988, adopting the name of a previous club that had played in the West Lancashire League in the years immediately before World War I. The new club assumed Kirkham Town's place in Division One of the West Lancashire League. In 1989–90 they finished bottom of the division and were relegated to Division Two. After three seasons in Division Two they were promoted in the 1992–93 season after finishing third, only to be relegated again in 1994–95. The following season they finished as runners-up in Division Two, losing only two league games all season, and were promoted back to Division One. Following their West Lancashire League championship success in 2006–07, the club were accepted into Division Two of the North West Counties League for the 2007–08 season. For the start of the 2008–09 season, the club changed their name to AFC Fylde. In 2016–17 the Club won the National League North, earning promotion to the National League. 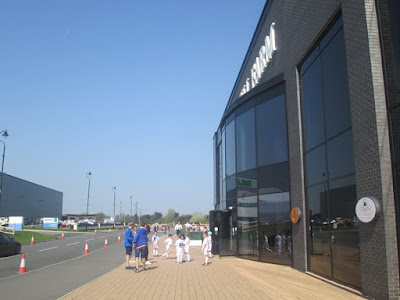 Two away matches for Tottenham Hotspur at Manchester City over four days, coupled with Euston Station being closed over the Easter weekend, facilitated a longer than usual stay in the North West. The Good Friday fixtures proved kind with AFC Fylde v Barnet selected. It was relatively easy to travel from Manchester to Kirkham & Wesham station, changing trains and stations at Wigan. On arrival I ventured to Kirkham for breakfast followed by a visit to the excellent Tap & Vent micropub. I was keen to try local ales and opted for Top Dog 4.4%. From the same brewery, I also enjoyed Bitter Bunny 3.8%. Two high quality ales – a credit to the brewery. 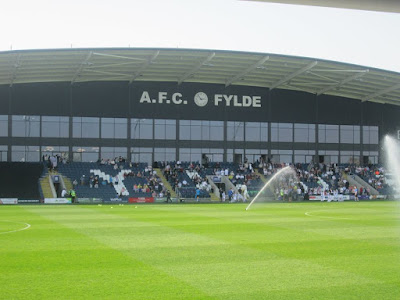 After this it was time to walk back up the hill, past the railway station and on to Wesham. I would estimate that from the station it takes around fifteen minutes to walk to Mill Farm. However, the imposing sight of the main stand is in view before you reach the vicinity of the stadium. On arrival I was able to collect my pre ordered match ticket and adjourn to Bradley’s Sports Bar. This impressive facility is situated behind the main stand along with the club reception area and the club shop. The bar contains numerous TV screens which were showing Sheffield United v Nottingham Forest. This Pieman enjoyed a pint of Pheasant Plucker 3.7% from the Bowland Brewery. 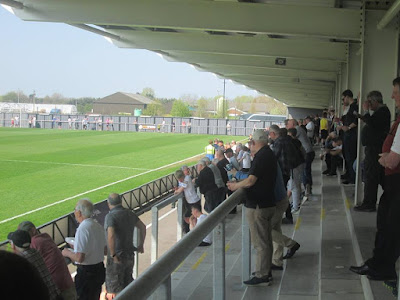 The main stand is impressive and contains the only seating available at the ground. The end used to house visiting spectators is terraced and covered, whereas the opposite end of the stadium is flat and uncovered. The remaining side of the ground is terraced and covered and this is where I watched the match from. On a hot sunny day, the steps at the back provided shade. 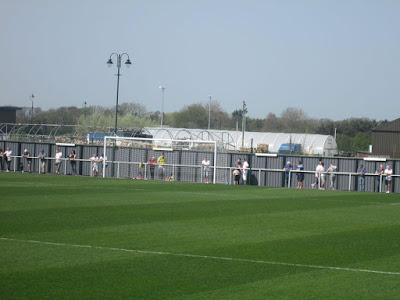 Visitors Barnet had arrived late due to heavy bank holiday traffic, but that did not appear to have affected them as they played some excellent football in the opening half an hour against their play-off chasing hosts. However, a superb volley from Danny Rowe (for me the best player on show) put Fylde ahead. This was followed by a red card following a foul by a Barnet player, which I thought was harsh and pretty much determined the outcome of the match. 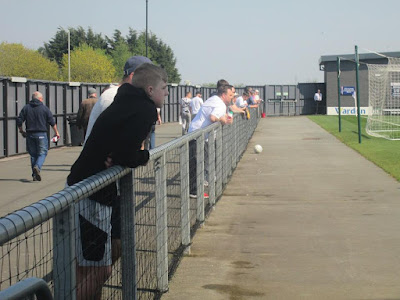 The second period saw the home side in the ascendancy although they failed to add to their tally. An easy stroll back to the station enabled me to catch a train back to Preston for an onward connection to Manchester Piccadilly. I enjoyed my visit to Mill Farm and the friendly welcome there and in Kirkham was much appreciated. 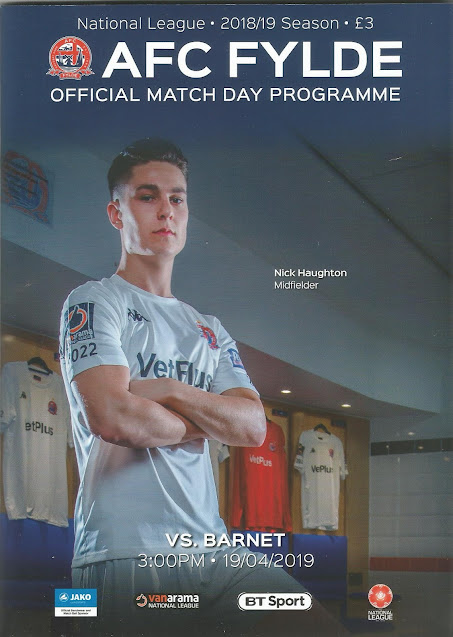 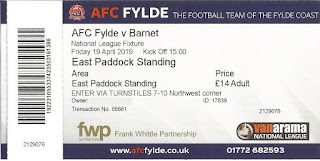 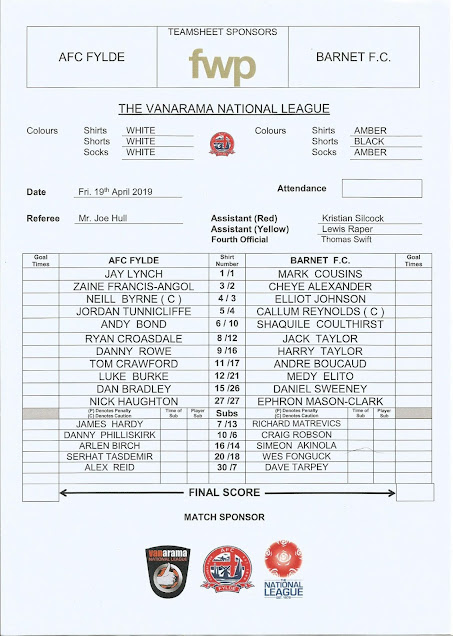 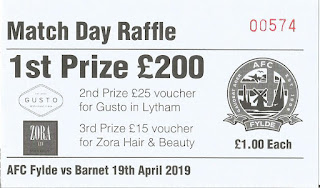