Chippenham is a large historic market town in northwest Wiltshire, England. It lies 20 miles east of Bristol, 86 miles west of London. The town was established on a crossing of the River Avon and some form of settlement is believed to have existed there since before Roman times. The town continued to grow when Great Western Railway arrived in 1841; it is now a major commuter town. The original Buttercross, a stone structure, was erected in c. 1570 and stood at the centre of the Shambles, at the current location of Barclays Bank. It was used for the sale of meat and dairy products. In 1747 a bribery and corruption scandal (involving two members of parliament for Chippenham) led to the downfall of Sir Robert Walpole's government. In 1889, Mr E C Lounges bought the Buttercross for £6 and re-erected it as a gazebo in the kitchen garden of the Castle Combe Manor House, where it subsequently fell into disrepair. The Buttercross was re-erected in 1995 by the Chippenham Civic Society, funded by many local people and organisations. It currently stands as the centre-piece of the pedestrianised area of the town centre, where a market is held each Friday and Saturday. 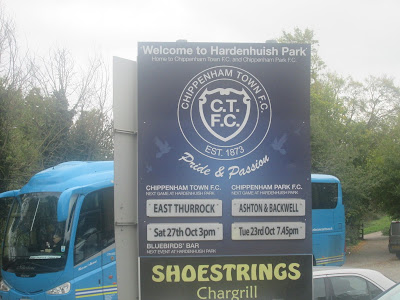 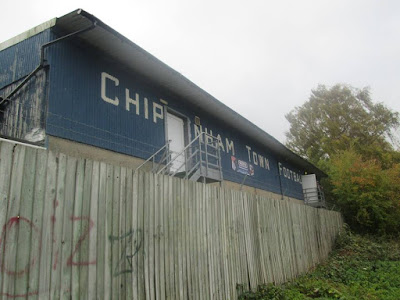 The journey to Chippenham was made by catching the 11:30 train from London Paddington. On arrival, this Pieman was delighted to find, within a short walk from the station, the Prince of Wales micropub. This small, but very welcoming establishment, had only opened a few weeks earlier. My visit was therefore timed to perfection. There was a good choice from the four hand pumps and my pre-match pint was Elmers (3.8%), an English Ale from the Flying Monk brewery, based nearby at Hullavington near Malmesbury. A lovely ale brewed with Maris Otter malt, hopped with East Kent Goldings and Nelson Sauvignon. 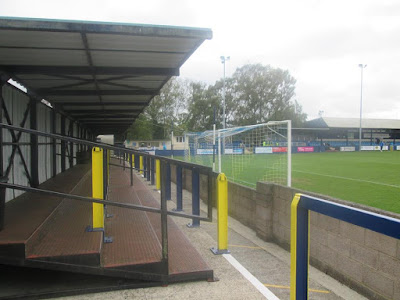 It takes less than ten minutes to walk to Hardenhuish Park from the station. On arrival the first part of the ground I saw was the back of the main stand. Immediately I could see that this structure is steeped in history. The club will soon celebrate 100 years of playing at this venue. Clearly the main stand has been added to over the years with additional seating added to either side. At the rear of the stand is the clubhouse with licensed bar. It is worth popping in here to view the extensive display of memorabilia that details the history of the club. 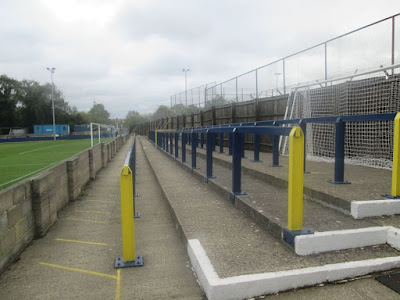 Both ends of the ground are terraced, with one end being covered. The side of the ground behind the dugouts is also covered and although flat hardstanding, affords a good view of proceedings. This was the area from which I watched the match. On a bitterly cold windy afternoon, this was a strategic decision. Steak & Ale Pie with Chips and a large cup of tea also assisted in thwarting the chill. 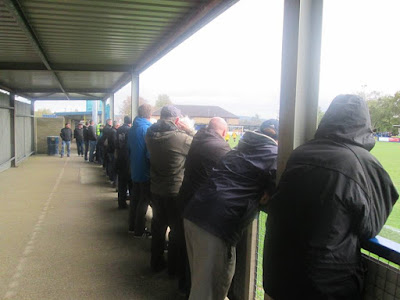 This match saw a mid-table home side host struggling East Thurrock United. From the opening exchanges it looked that Chippenham Town would have little difficulty beating their Essex visitors. However, despite plenty of pressure the scores were level at the break. Playing down the slope in the second period, this was to change as two well-taken goals by Nick McCootie enabled Chippenham to establish a lead. A missed penalty for the home side meant they were unable to add to their tally, but the points were already secured in this one-sided match. 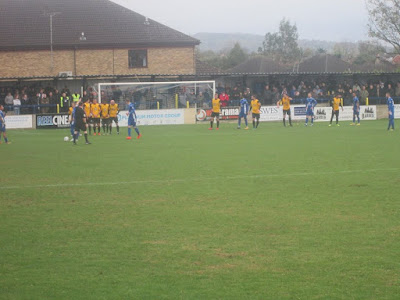 With over an hour after the match before the return train to London Paddington, I felt obliged to visit the Prince of Wales micropub again (we should support local businesses). On this occasion my choice was Junctus (4.5%), a pale ale from the Vibrant Forest brewery at Lymington. Again, I was delighted with the quality of my choice – the end to a fine afternoon in Wiltshire. 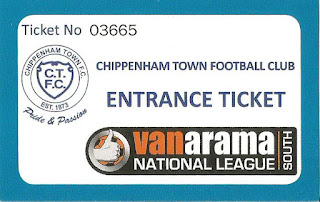 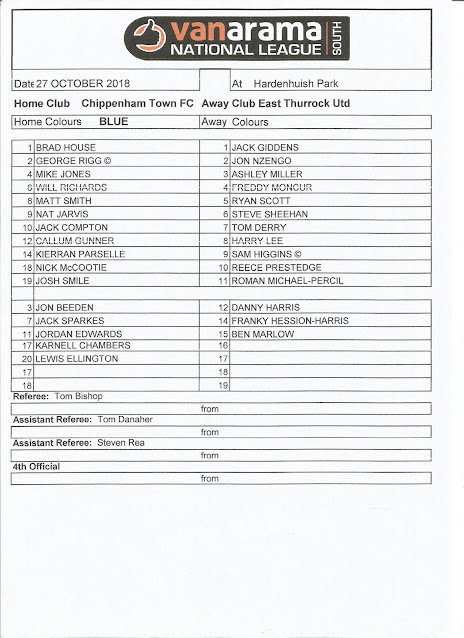 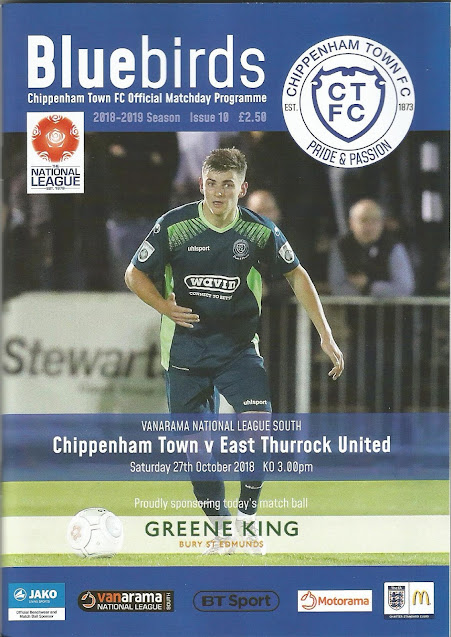