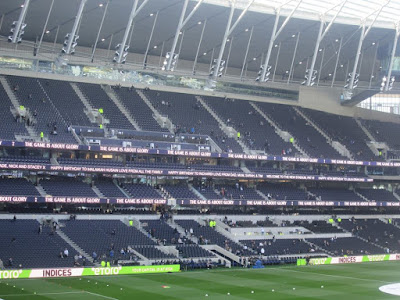 Originally named Hotspur Football Club, the club was formed on 5 September 1882 by a group of schoolboys led by Bobby Buckle. They were members of the Hotspur Cricket Club and the football club was formed to play sports during the winter months. A year later the boys sought help with the club from John Ripsher, the Bible class teacher at All Hallows Church, who became the first president of the club and its treasurer. Ripsher helped and supported the boys through the club's formative years, reorganised and found premises for the club. Tottenham Hotspur won the FA Cup for the first time in 1901, the only non-League club to do so since the formation of the Football League in 1888. Tottenham were the first club in the 20th century to achieve the League and FA Cup Double, winning both competitions in the 1960–61 season. After successfully defending the FA Cup in 1962, in 1963 they became the first British club to win a UEFA club competition – the European Cup Winners' Cup. They were also the inaugural winners of the UEFA Cup in 1972, becoming the first British club to win two different major European trophies. Since the 1921 FA Cup final the Tottenham Hotspur crest has featured a cockerel. Harry Hotspur, after whom the club is named, was said to have been given the nickname Hotspur as he dug in his spurs to make his horse go faster as he charged in battles, and he was also said to be fond of fighting cocks fitted with spurs. The club used spurs as a symbol in 1900, which then evolved into a fighting cock. 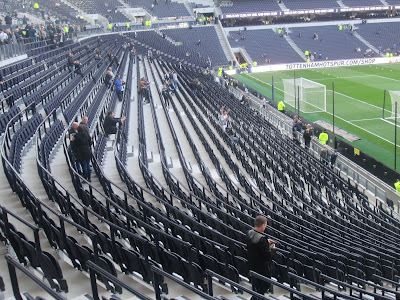 The construction of the Tottenham Hotspur Stadium was initiated as the centrepiece of the Northumberland Development Project, intended to be the catalyst for a 20-year regeneration project in Tottenham. The project covers the site of the now demolished ground of White Hart Lane and areas adjacent to it. The project was first conceived in 2007 and announced in 2008, but the plan was revised several times, and the construction of the stadium, beset by disputes and delays, did not commence until 2015. Supporters were initially billeted at Wembley Stadium for the 2017-18 season and this temporary relocation ran through to March 2019 when two test event matches were eventually scheduled in order for the club to gain the necessary safety certification. The stadium is an enclosed asymmetric bowl, with a capacity of 62,062. The bowl shape of the stadium comes from the need to maximise hospitality facilities while the asymmetry is the result of the creation of a single-tier stand in the south. 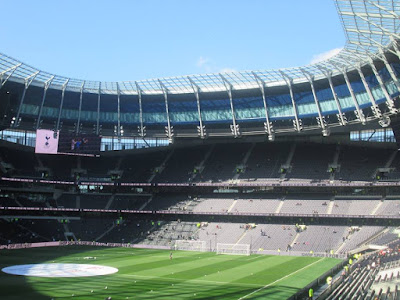 The stadium is around 48 m high, 250 m long on its north-south axis and about 200 metres wide east to west. There are 9 floors in the northern section, above the basement, and 5 floors in the south, with a gross internal area of 119,945 m2. The front of the West Stand faces the High Road and features a projecting, angled, glazed box, that encases an escalator and serves as the main entrance for guests and patrons. The projecting entrance, along with the facades of other buildings of the Tottenham Experience, present a traditional linear frontage along the High Road. A 9.5-m pavement is created in front of these buildings to improve the flow of the crowd on match day on the High Road. To the east, on Worcester Avenue, is a dedicated entrance for NFL events. There are two raised podiums, one to the north and one to the south, for fans access. A large open public square, the size of Trafalgar Square, has been created on the south podium as the main access point for home fans, and it may be used for sporting and community activities. 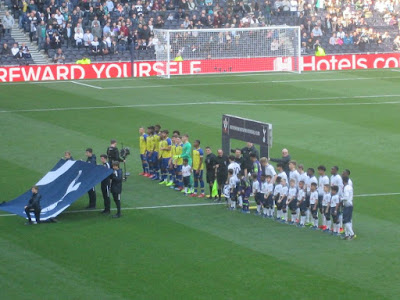 For the first of two test events incorporating football matches (there had been other test events), required in order to obtain the necessary safety certification, Tottenham Hotspur U18 hosted their counterparts from Southampton. This match was an existing fixture that was switched from the training centre to the new stadium. Season ticket holders and club members along with members of the local community were given the opportunity to attend the match. This helped the club to test the infrastructure and facilities of the stadium and surrounding area in a matchday situation. 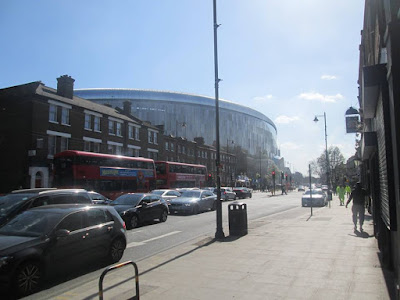 I must confess that although I had seen pictures and footage of the venue for some time, nothing fully prepared me for my first sight of the new place once inside. For me, having attended numerous matches at White Hart Lane, being inside the replacement really was breathtaking. Your scribe will confess to being biased, but this venue is the best stadium I have visited. From the extensive catering facilities spread throughout the stadium, to the excellent views, decent legroom and very importantly, proper raking of the seating enhancing the viewing experience. 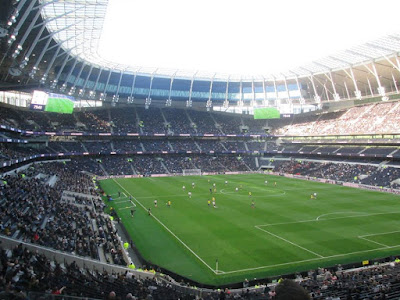 The fact that the first match played at the stadium was a competitive league fixture was a massive bonus. The excitement of both sets of players in the days leading up to the match will have been immense. The Spurs team had not lost a league match during the season and ensured the continuation of this run with a 3-1 victory. Some of the football played was in keeping with the fine traditions of the club and the first ever goal at the ground, scored by J’Neil Bennett was worthy of the occasion, a superb curling effort inside the keepers left-hand post. It took longer than anticipated but Spurs are back home! 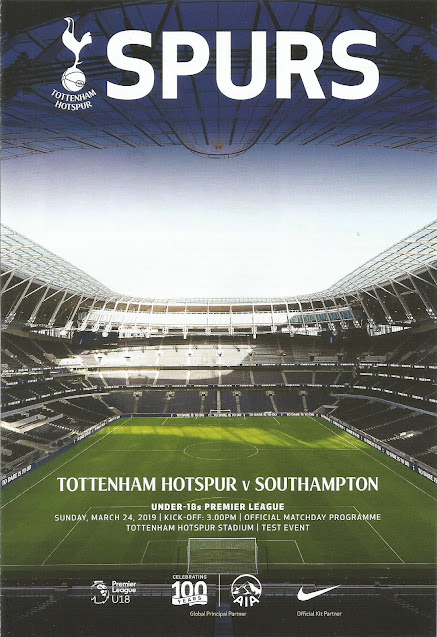 Over the years I have met many friends through supporting Tottenham Hotspur. Sadly some are no longer with us, including Ian Scott, Andy Porter, Roy Woodward, Bert Hearn, Colin Sams, Tony Knight (Dennis or Jack Jones), Tony Jarvis (Jinxy) and Ian Gray (Dougall). When I picked up my pint of Beavertown ale in the ground, it was raised in their memory.