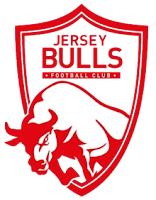 Jersey is a British Crown dependency located near the coast of Normandy, France. It is the second closest of the Channel Islands to France, after Alderney. Jersey was part of the Duchy of Normandy, whose dukes went on to become kings of England from 1066. After Normandy was lost by the kings of England in the 13th century and the ducal title surrendered to France, Jersey and the other Channel Islands remained attached to the English crown. Jersey is a self-governing parliamentary democracy under a constitutional monarchy, with its own financial, legal and judicial systems, and the power of self-determination. The Lieutenant Governor on the island is the personal representative of the Queen. Jersey is not part of the United Kingdom and has an international identity separate from that of the UK, but the UK is constitutionally responsible for the defence of Jersey. The definition of United Kingdom in the British Nationality Act 1981 is interpreted as including the UK and the Islands together. Jersey issues its own postage stamps and Jersey banknotes and coins that circulate with UK coinage, Bank of England notes, Scottish notes and Guernsey currency within the island. Jersey currency is not legal tender outside Jersey. However, in the United Kingdom it is acceptable tender and can be surrendered at banks within that country in exchange for Bank of England-issued currency on a like-for-like basis.


In September 2018, it was announced that Jersey Bulls Football Club would apply to join the English football league system following UEFA's decision to reject a membership application from the Jersey Football Association. In November 2018, the English Football Association approved the club's bid to join the Division One of the Combined Counties League for the 2019–20 season. The club play at Springfield Stadium, a 1,700 capacity multi-purpose facility in Saint Helier. The stadium is owned by the States of Jersey and is home to the Jersey Football Association and the Jersey official football team. My visit to the Springfield Stadium was long before the existence of the Jersey Bulls. Tottenham Hotspur sent a strong side to the Island for a friendly match. I travelled by ferry from Portsmouth, the outward leg was calm but the return was far from it with enormous waves crashing against the boat. Not my favourite sea crossing. I enjoyed my limited stay on Jersey and particularly liked the Mary Ann beers. The stadium will have changed a lot since my visit.

Programme: Not issued. However, the Jersey Evening Post produced a special edition for the match