Sarratt is both a village and a civil parish in Three Rivers District, Hertfordshire. It is situated 4 miles north of Rickmansworth on high ground near the county boundary with Buckinghamshire. The chalk stream, the River Chess, rising just north of Chesham in the Chiltern Hills, passes through Sarratt Bottom in the valley to the west of the village to join the River Colne at Rickmansworth. The conditions offered by the river are perfect for the cultivation of watercress. Sarratt has the only commercially operating watercress farm in Hertfordshire. In some of the early novels of John le Carré, Sarratt is the fictional location of an agent training school and interrogation centre for the British foreign intelligence service called the nursery. 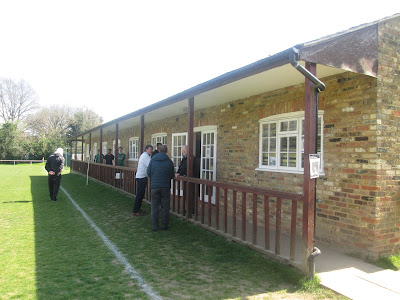 Although the government has allowed football to restart following the widespread disruption caused by the Covid pandemic, it is not straightforward finding a match that you are allowed to watch. Effectively you are restricted to public parks and recreation grounds. The Spartan League Division Two Spring Cup is a competition introduced to provided competitive football for participating clubs. Some of the venues fit the bill and so it was that I visited King George V Playing Fields. 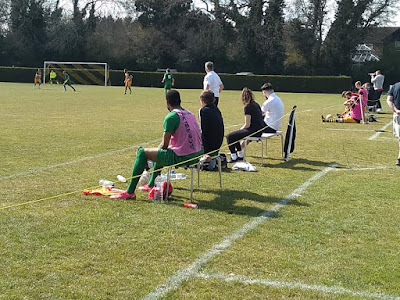 Sarratt FC was established in 1919. Much of the clubs recent history was spent in the Hertfordshire County League, with a move to the lower level of the Spartan South Midlands League taking place in 2018. My journey to Sarratt was made via Watford where I undertook a Covid test as part of the requirement to attend another football match the following day. 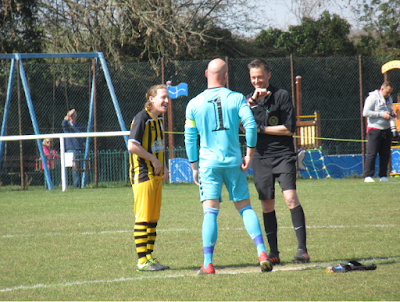 The test needed to be taken after a specific time and as I was early, an adjournment to the Moon Under Water (JD Wetherspoon) was facilitated. The real ale options were extremely limited (no guest beers), but my pint of Brewdog IPA was a splendid accompaniment to my lunch. There is a public house near the ground at Sarratt and a fellow enthusiast informed me that the ale was reasonably priced. 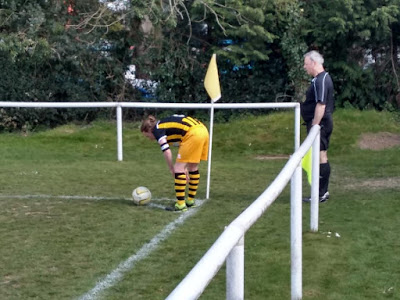 Unsurprisingly the ground is basic as befits this level in the football pyramid, but it does have the requisite facilities. There is a large clubhouse building, with a very decent overhanging roof that would provide shelter in less favourable weather. The venue is also part railed off with this side opposite the clubhouse being separated from the wider expanse by tape. The facility is also shared with cricket. 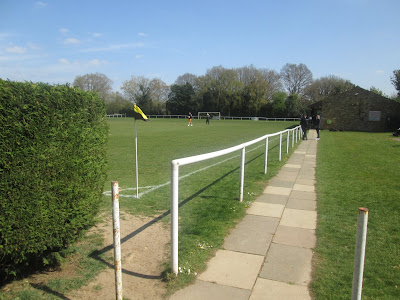 As is often experienced in this part of the home counties, there is an abundance of Red Kites constantly soaring above the ground, providing alternative entertainment. That said, this was a competitive local derby in this supplementary competition. The home side took the initiative in the early stages and were perhaps unfortunate not to be awarded a penalty for what this neutral believed to be a blatant push. 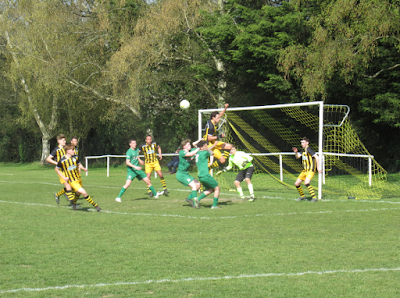 The visitors soon took control of proceedings and were the stronger team for the remainder of the half. This pattern continued in the second period and it was no surprise when Bovingdon took the lead. An equalising strike for Sarratt meant that we were treated to chances in search of a winner at both ends, but a fine finish ensured that Bovingdon maintained their 100% record so far in this competition, with their third win

Attendance: ?
Admission: Not applicable
Programme: Not issued
For a full set of photographs click here