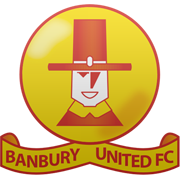 Banbury is a market town on the River Cherwell in Oxfordshire. The town is situated 64 miles northwest of London and 37 miles southeast of Birmingham. Banbury is a significant commercial and retail centre for the surrounding area of north Oxfordshire and southern parts of Warwickshire and Northamptonshire, which are predominantly rural. Banbury's main industries are car components, electrical goods, plastics, food processing, and printing. Banbury is home to the world's largest coffee-processing facility (Jacobs Douwe Egberts), built in 1964. The town is famed for Banbury cakes – similar to Eccles cakes but oval in shape. Banbury stands at the junction of two ancient roads: Salt Way (used as a bridle path to the west and south of the town), its primary use being transport of salt; and Banbury Lane, which began near Northampton and is closely followed by the modern 22-mile-long road. It continued through what is now Banbury's High Street and towards the Fosse Way at Stow-on-the-Wold. Banbury's medieval prosperity was based on wool 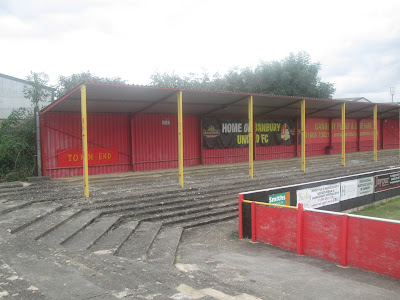 The football club was established in 1931 as Spencer Sports Club, a works team of the Spencer Corsets factory. They initially played friendly matches, with their first match against St John's of the Oxfordshire Junior League played on 29 August 1931 and resulting in an 8–2 win for St John's. In 1933 they joined the Banbury division of the Oxfordshire Junior League, at which point they were renamed Spencer Villa. Later in the season they were renamed Banbury Spencer, and went on to win the league title in their first season. They then joined the Oxfordshire Senior League for the 1934–35 season. After winning the league at the first attempt, they were elected to the Birmingham Combination. In 1965 the club was renamed Banbury United after a change in ownership, and at the end of the 1965–66 season they transferred to Division One of the Southern League. In 2014–15 Banbury won the Oxfordshire Senior Cup for a sixth time defeating North Leigh 4–3 on penalties in the final. The club was placed in the Premier Central division at the end of the 2017–18 season as part of the restructuring of the non-League pyramid. 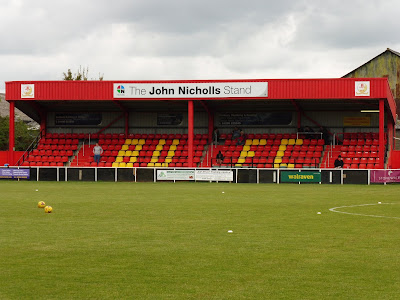 The original plan was to attend Solihull Moors v Wrexham in the National League, but that match was postponed. With train tickets already purchased, a long overdue visit to Banbury was a perfect replacement. The fast service from London Marylebone takes around an hour to reach Banbury. Just before arriving, almost adjacent to the railway, you get the first sight of the Spencer Stadium. 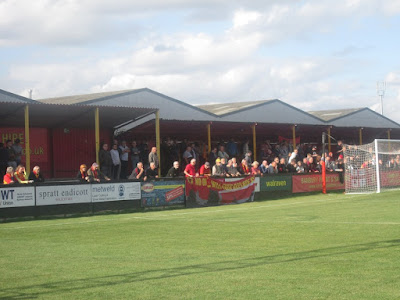 However, before venturing to the ground, an opportunity was taken to head in to the town centre. Breakfast was consumed at The Exchange (J D Wetherspoon) before the obligatory visit to the Banbury Cross. From there, as a result of some earlier research, I headed for the Bailiff’s Tap. This superbly quirky micropub is clearly a labour of love and I could envisage locals spending many a happy hour there. For the short period of time that I was there, it was a delight to enjoy the Pale Ale (5.6%) from Burning Sun and Redcat Porter (4.5%) 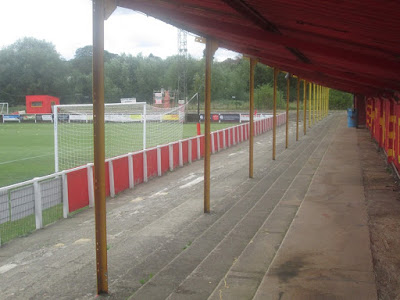 Arriving at the stadium, it was good to meet up with my Fakenham based retired colleague who had driven across from Norfolk for the match. The ground is a superb relic from a bygone era, with lovely old terracing just oozing with history. There is a decent sized covered seated stand along part of one side. The clubhouse and changing facilities are also situated on this side. Behind one goal is an old covered terrace, the rear of which would strike the heads of all but the shortest of people. The opposite end houses a much smaller modern terraced structure. The remaining side of the ground, where the dugouts are located, houses a combination of terracing and hard standing. 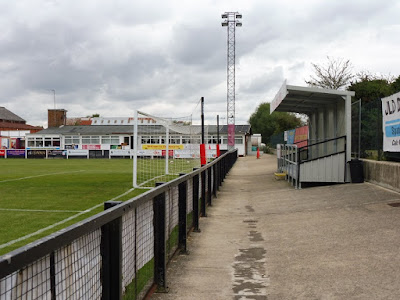 This was the proverbial “game of two halves” with the visitors from Lincolnshire dominating the opening period. However, they only had a solitary goal to show for their efforts at the break, courtesy of a penalty. The second period was a complete transformation with the hosts eventually drawing level from the spot. Their continued dominance was thwarted when the visitors regained the lead. 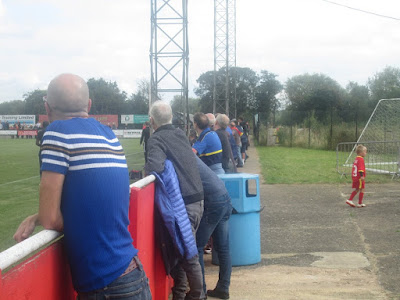 With time ticking away it looked likely that the visitors would be heading in to the Second Qualifying round. This would have been harsh on the home side, but a final twist to this tale saw them awarded the third penalty of the match, which was duly converted. The resultant draw meaning that the teams would meet again three days later in order to settle the tie. 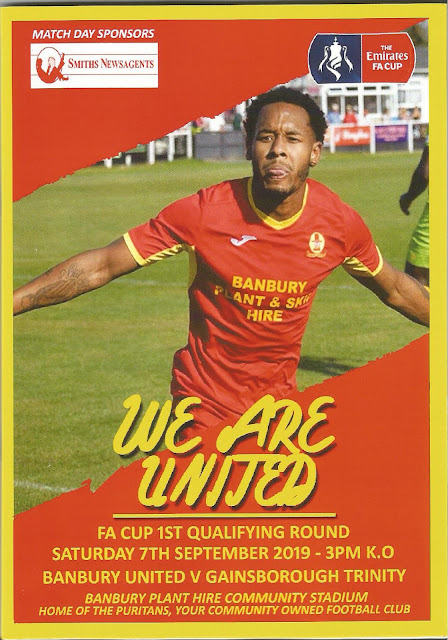 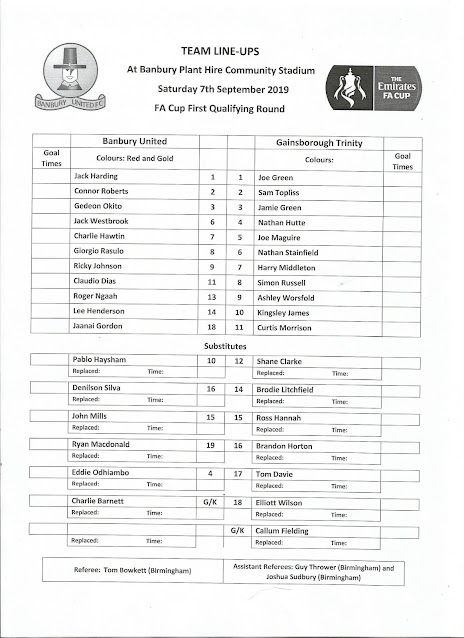