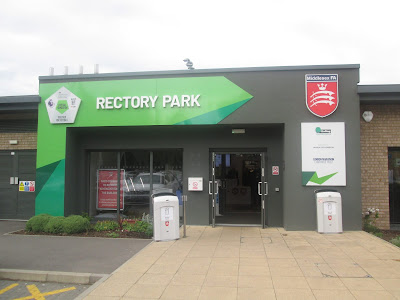 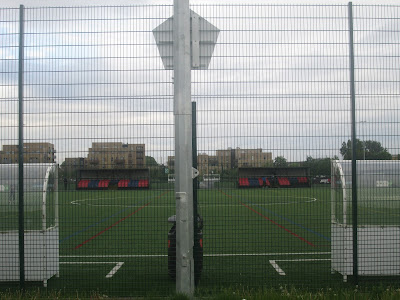 The Middlesex FA Premier Cup is open to Second or Under 21 teams of Senior Clubs, First Teams of Clubs playing at Steps 6 and 7 of the National League System and other teams approved by the Committee. The competition was introduced in 1980 with the first winners being Yeading FC. The current season saw seventeen clubs enter the competition, with the finalists each winning three matches to reach this stage. 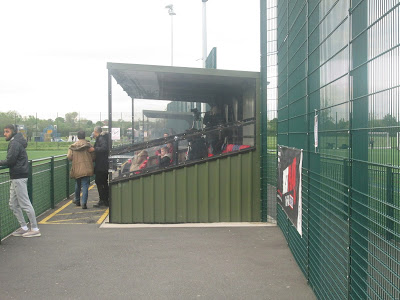 The Much Travelled Adam Carne described this venue as uninspiring and I can see what he means. The facility could also be described as functional, in that it lacks the personal charm of some club venues. Effectively, the main pitch and that adjacent to it, are housed in cages. The main pitch has additional spectator facilities in the shape of two identical covered seated stands. These stands are situated along the only side of the pitch that spectators have access too. Toilets and a rather smart refreshment café are located in the main clubhouse building and serve the entire complex. 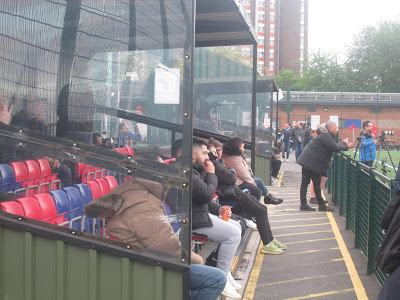 Admission to the match was by ticket only and I suspect that a number of those disappointed at the quick take up of the 150 tickets made available, turned up and were able to watch the match through the fence. They witnessed a lively and often feisty match which saw a first half dismissal (two yellow cards) for a Kensington player. St Panteleimon missed an early penalty before eventually taking the lead. 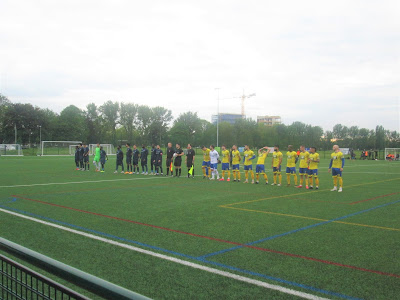 Despite the reduction in their numbers, Kennington were themselves awarded a penalty which was duly converted and you could see that the second period was still going to be highly competitive. The referee was kept busy all night and further yellow cards were produced at regular intervals. As the match wore on, St Panteleimon were applying greater pressure and this told when they took the lead curtesy of an unfortunate own goal. A further strike clinched the cup for St Panteleimon, on a ground where they had played a few home fixtures in recent times. 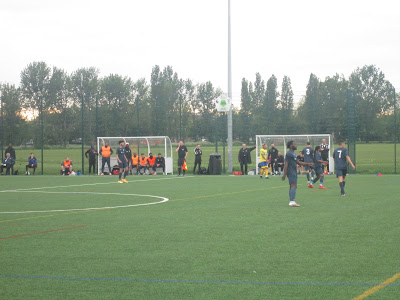 It was good to witness such a competitive match as the month of May reaches a conclusion. I should also mention the sighting of a red kite over the ground before the match, thus continuing a recent theme. The journey home via the North Circular and A10 (thanks Phil) was swift, more pleasant and much quicker than the public transport alternative. 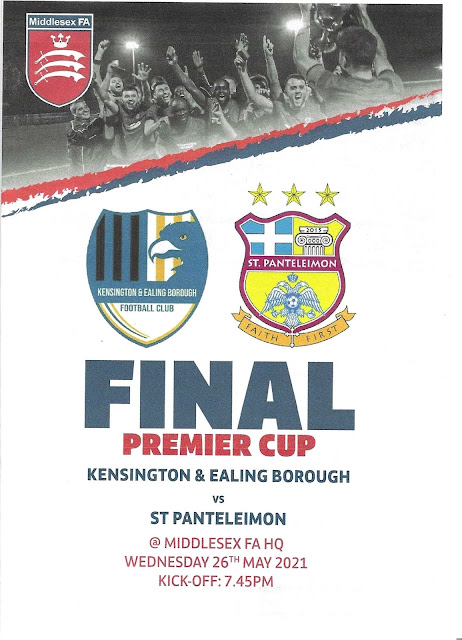