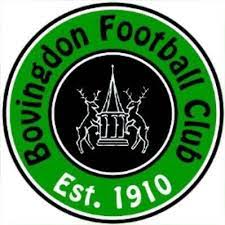 Bovingdon is a village in Hertfordshire, four miles southwest of Hemel Hempstead, and lies within the local authority area of Dacorum. It forms the largest part of the ward of Bovingdon, Flaunden and Chipperfield. Next to Bovingdon is the disused former World War II, Eighth Air Force and post-war Royal Air Force airfield, RAF Bovingdon. The airfield was built in 1942. Between 1943 and 1946 it became a B-17 operational training base for units such as 92nd Bomber Group, B-17 Flying Fortress Combat Crew Replacement Centre (CCRC), 11th CCRC, and 8th USAAF HQ Squadron. Of the three original runways, the North East/South West runway is still complete, and used for parking for the Saturday market held on the site. 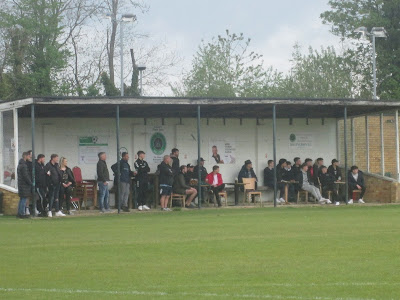 The football club was formed in 1910 and originally played matches at Blacksmiths Hill. There were no on-site facilities and players had to change in the Village Hall and walk to the ground. In 1953 the club moved to their current Green Lane base. A new clubhouse was opened in 1973 complete with a bar, four changing rooms and separate shower blocks. The early years were spent in the West Herts League before progressing to the Herts County League in the late 1950’s. Having won the Premier Division in 2018, the club joined the Spartan South midlands League and won Division Two at the first attempt. 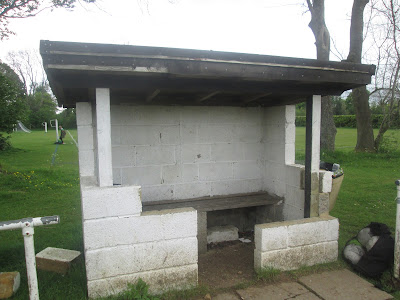 My arrival in Bovingdon presented an opportunity to visit The Bell public House. This establishment is situated on the High Street opposite the start of Green Lane and less than a ten minute walk to the ground. My choice of ale was Side Pocket For a Toad (3.6%) from Tring Brewery. This is described by the brewery as “having unmistakable citrus and floral notes from only the best American Cascade hops”. The name of this beer comes from an old Hertfordshire saying, alluding to the uselessness of anything, somewhat akin to the “chocolate teapot” phrase. For me it was the best beer I have tasted recently and I felt obliged to have another! 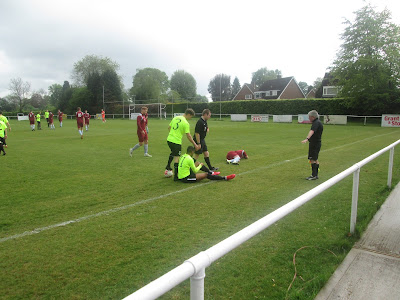 Fully refreshed from my visit to The Bell, I ventured along Green Lane, accessing the ground via a narrow driveway between houses. There is a decent sized car park situated behind the clubhouse backing on to a smart looking tennis club. I was impressed with the enclosed nature of this venue considering the level in the football pyramid. Alongside the clubhouse is a very decent covered area that would provide both shelter in poor weather with a good view of the match. 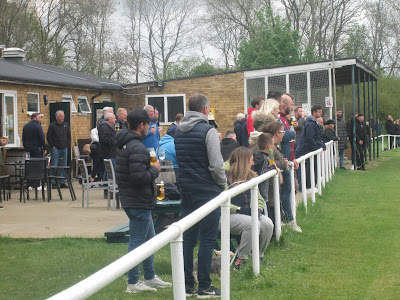 The opposite side of the pitch is where the dugouts are situated. These concrete structures are a real blast from the past and rarely seen these days. Immediately behind this side, separated by well established trees, is some open space which is used for training. It is possible to walk the entirety of the perimeter of the main pitch, which is fully railed off. 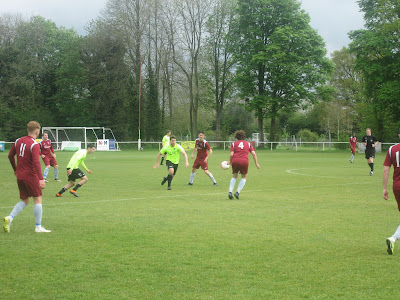 The Spartan League Division Two Spring Cup is a supplementary competition introduced to provide competitive football for participating clubs, compensating in part for the disruption caused by the Covid pandemic. I had seen four matches in the group stage of the competition and looked forward to seeing Bovingdon, who had impressed at Sarratt a few weeks previously. 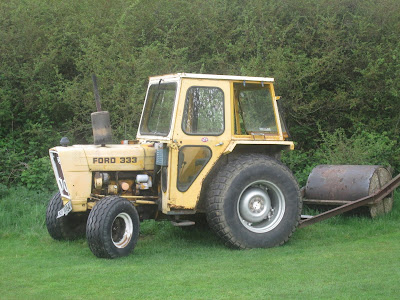 However, it was visitors New Bradwell St Peter that started strongly with some impressive attacking play. A stunning opening goal was followed by another strike shortly afterwards and the home side were struggling to match their confident opponents. When the home keeper was lobbed for a third goal just before the interval it seemed a long way back for Bovingdon. In the second period despite not giving up, the hosts were restricted to a late consolation goal. I lost count of the number of yellow cards (there was a red too). New Bradwell St Peter qualified for the final and were much sharper than when I saw them a few weeks ago. I enjoyed my visit to Green Lane and for the fifth successive Saturday was able to report the sighting of red kites!

Attendance: ?
Admission: Not applicable
Programme: Not issued
For a full set of photographs click here
Posted by Pieman at 11:59 pm