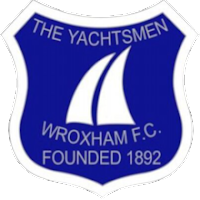 Wroxham is a village in Norfolk, situated within the Norfolk Broads on the south side of a loop in the middle reaches of the River Bure. It lies in an elevated position above the Bure, between Belaugh Broad to the west and Wroxham Broad to the east or southeast. Wroxham is eight miles northeast of Norwich, to which it is linked by the A1151 road. The village and broad lie in an area of fairly intensive agriculture, with areas of wet woodland adjoining the broad and river. On the northern side of the Bure is the village of Hoveton, often confused with Wroxham. Wroxham Bridge was rebuilt in brick and stone in 1619 replacing a bridge built in 1576, which itself replaced an earlier, probably wooden, structure. It is considered to be the second most difficult on the Broads to navigate (after Potter Heigham) and a pilot station sits on the Hoveton side of the river to assist boaters for a fee: £12 each way per boat. The 20th-century children's author Arthur Ransome visited Wroxham in the 1930s. In his book Coot Club (1934) he describes the busy scene on the river at Wroxham Bridge with numerous boats – a wherry, punts, motor cruisers and sailing yachts – jostling for a mooring. 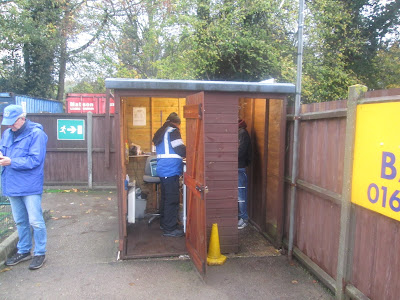 Wroxham FC was established in 1892 by George Preston, a former captain of the Norfolk County team. The club played friendly matches until entering teams into the East Norfolk League and the Norwich City Junior League. They joined the East Anglian League in 1935, but after finishing bottom of the league in 1953–54 and 1954–55, they dropped into the Norwich and District League. When the East Anglian League merged with the Norfolk & Suffolk League to form the Anglian Combination in 1964, Wroxham joined the new league, becoming a member of Section D. After winning the Norfolk Junior Cup in 1974–75, they were Division Two champions in 1975–76 and Division One champions the following season, earning promotion to the Premier Division. After winning the Premier Division of the Anglian Combination for a fifth time in 1987–88, Wroxham FC moved up to the newly formed Division One of the Eastern Counties League. They won the division in its inaugural season and were promoted to the Premier Division. Further success saw Wroxham win the League Cup and Norfolk Senior Cup in 1999–2000, the Norfolk Senior Cup in 2001–02, 2003–04 and 2007–08, and the Eastern Counties League Premier Division title in 2006–07. In 2009–10 the club reached the final of the FA Vase, but lost 6–1 to holders Whitley Bay. In 2011–12 they won the Premier Division for the eighth time this time taking promotion to the North Division of the Isthmian League. However, in 2017 the club was relegated back to the Eastern Counties League Premier Division. 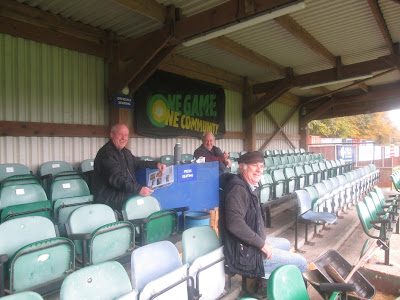 The journey by train was made from Cheshunt via London Liverpool Street and Norwich. I used a discounted rail voucher resulting in a return fare of £5:00 (thanks again Martin). On arrival at Hoveton & Wroxham station, I took the opportunity to take the twenty five-minute amble up to Trafford Park to take some photographs of the ground whilst the sun was still shinning. The weather forecast for later on was less favourable. I also enjoyed a friendly conversation with the gentlemen who had just finished the preparation of the pitch, which on a windy autumnal day involves attempting to remove lots of leaves. Another club official who was on reserve team duty was also very welcoming. 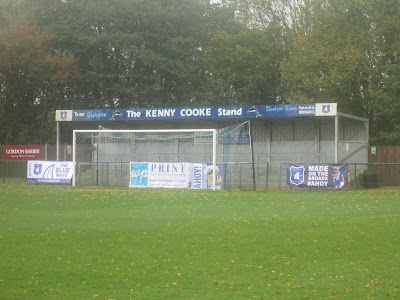 For refreshment I went back into town and visited the Kings Head public house. A limited choice of ales dictated a selection between IPA and Abbott from Greene King. This was the only pub I saw, rather surprising for a tourist centre. The disappointment was lessened by a significant discount on my food order, seemingly triggered by my downloading the Greene King app to my phone. The Fish and Chips with Mushy Peas was very enjoyable. Grant Holt was part of the broadcasting team on TV that I watched in the pub. His former club, Norwich City, was playing at Bristol City. He also plays for Wroxham, but despite being listed in the match programme he wasn’t able to do both! 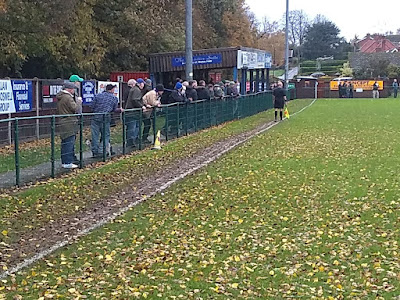 Trafford Park is a tidy venue. The main covered seated stand straddles the half way line. On the opposite side of the pitch is the clubhouse building, which contains the changing facilities and the bar. Immediately behind this is the Norwich – Sheringham railway line. There is also additional covered terracing behind one the goals. The remaining end of the ground is completely open to the elements. 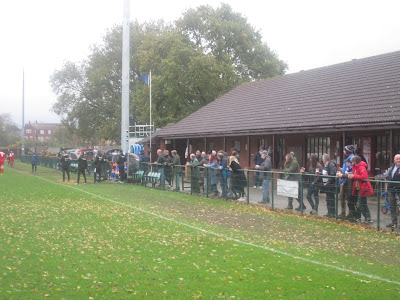 With a 100% record following eight consecutive league victories this season, I was interested to see how the home side would get on against visitors Godmanchester Rovers, who were towards the bottom end of the table. For the opening period of the match, Rovers took the game to their hosts and were competing well. The only goal of the match was scored by Matt Ward after 17 minutes with a shot from outside of the box. 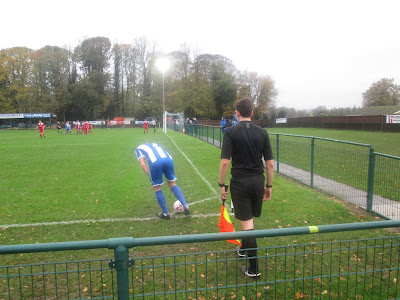 Although confident following their good form this season, Wroxham did not appear comfortable with the one goal lead. An opportunity to extend the lead, following the award of a penalty in the second half, was spurned as Harry Smart, in goal for Godmanchester Rovers, pulled off a superb save. The home side will have been relieved to hear the final whistle, confirming the extension of their winning run. They also went top of the division as a result of this win. The early part of the walk back to the station is without footpaths. This, coupled with the cars of the rapidly departing fans, mean you have to be careful until you reach the main road. I was back at the station in plenty of time for the 17:25 train to Norwich. 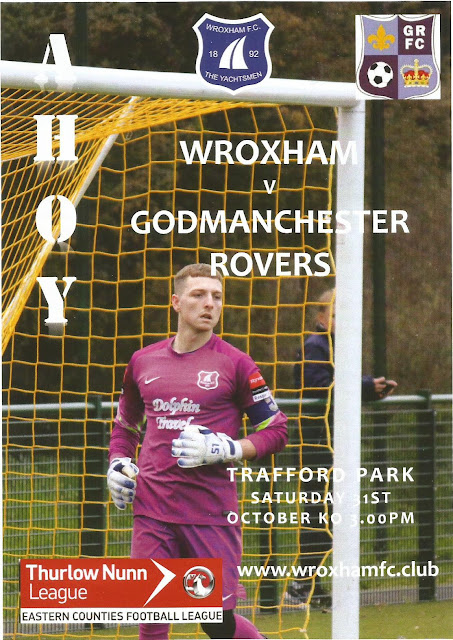