Telford is a large new town in the borough of Telford and Wrekin. Telford is situated about 13 miles east of Shrewsbury and 30 miles north west of Birmingham at the terminus of the M54 motorway, a spur of the M6, linking the town with Wolverhampton and the West Midlands and on the A5 road between Shrewsbury and Cannock. Telford is the largest town in Shropshire. Telford and named after civil engineer Thomas Telford, who engineered many road and rail projects. The town was put together in the 1960s and 1970s as a new town on previously industrial and agricultural land and smaller towns. Like other planned towns of the era, Telford was created from the merger of other, smaller settlements, most notably the towns of Wellington, Oakengates, Madeley and Dawley. Many of the New Town's newer inhabitants were originally from Birmingham or Wolverhampton. The town has three railway stations on the Shrewsbury to Wolverhampton Line: Wellington, Oakengates and Telford Central. 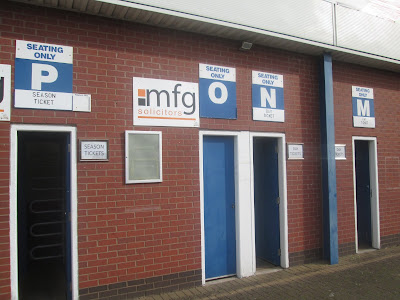 Telford United FC, then playing in the Football Conference, experienced severe financial difficulties towards the end of the 2003–04 season following the collapse of the Miras Contracts business of chairman and sole shareholder Andy Shaw. The club went into administration, and although supporters raised around £50,000 in two months, the club's debts totalled over £4 million, resulting in liquidation on 27 May 2004. On the same day, Telford United Supporters Limited announced that a new club would be formed, which was named AFC Telford United. The following June the new club were placed in Division One of the Northern Premier League by the Football Association. Bernard McNally was appointed as manager and a new squad assembled. The club play their home games at the New Bucks Head Stadium. The ground was renamed following renovation in 2000, having previously been known as the Bucks Head. 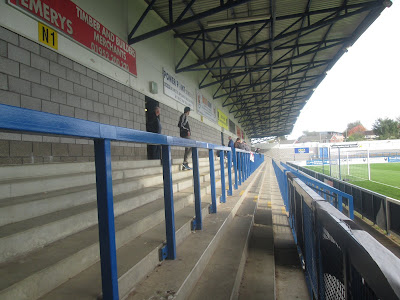 The nearest railway station to the ground is Wellington. Within a few minutes walk from there is The Pheasant Pub and Brewhouse on Market Street. At this fine establishment, I was able to sample ales from the adjacent Rowton Brewery, Star Light (3.6%) and Ironbridge Gold (4.4 %). My other choice was a guest ale Dark Side of the Moose (4.6%) from the Purple Moose Brewery in Porthmadog. All three were in excellent condition and I also enjoyed a jacket potato with a rather fiery beef chilli. 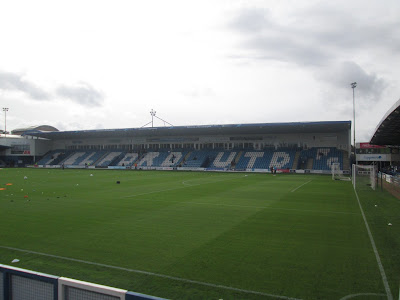 From the railway station it takes around twenty minutes to walk to the ground and based on the route I took, there are no refreshment options along the way. On arrival at the ground, I was surprised to see a coach carrying Dagenham & Redbridge supporters parked next to the coach that had brought York City supporters. Dagenham’s match at Stockport County had been postponed due to an incident on the railway near Milton Keynes. The players had been unable to travel due to this. Full credit to the fans in the true spirit on non-league day for attending another match. 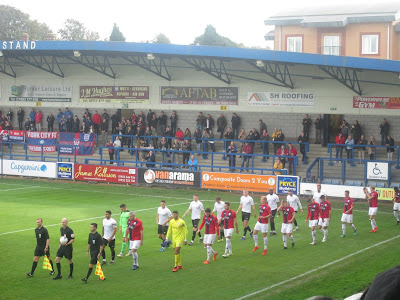 This venue had been on my radar for a number of years, but I had never got round to planning a visit. That said, I had seen pictures and heard good things. Therefore, it was no surprise when I entered the stadium to find excellent facilities. Three sides of the ground are terraced, with both ends being covered (including the segregated away end). The remaining side of the ground is also covered and houses an impressive seated stand along the full length. 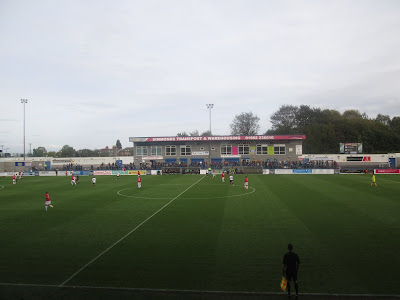 This match was played almost twenty years since the ground was renovated, clearly with an aspiration to move up to the Football League. Once inside the main stand I was able to walk around the majority of the ground taking photographs and was impressed with the view from all areas. The terraces have high enough steps to facilitate this aspect. 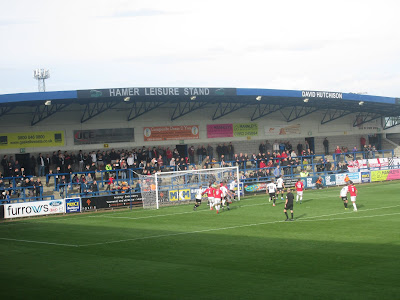 Visitors York City topped the table going into this match and were certainly on top during the opening exchanges. Following a scoreless first period, York took the lead and looked strong enough to hold on for another three points. However, slowly but surely the home side began to assert themselves and following a spell of pressure, deservedly levelled. At the conclusion of the match, this neutral believed this result to be a fair reflection. 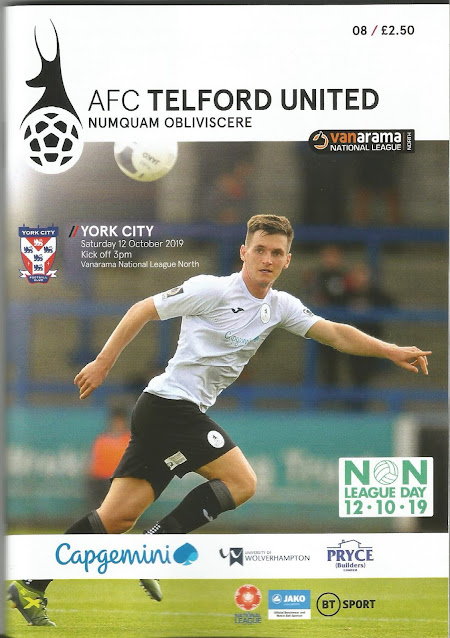 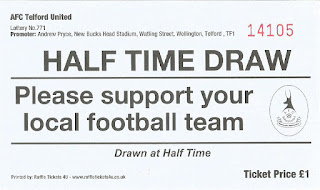 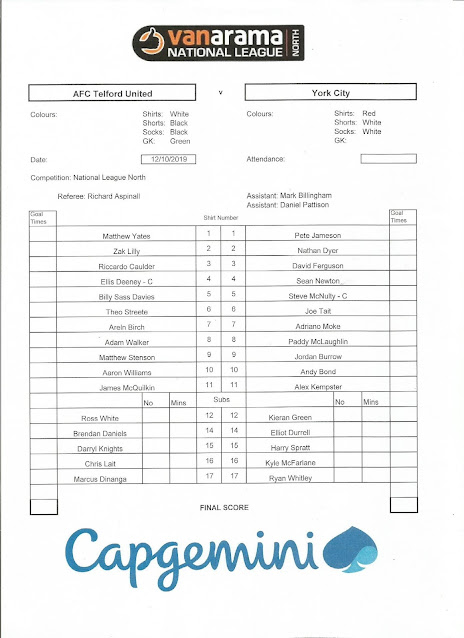