Gravesend is a town in northwest Kent, situated 21 miles east-southeast of Charing Cross (central London) on the south bank of the River Thames and opposite Tilbury in Essex. Located in the diocese of Rochester, it is the administrative centre of the Borough of Gravesham. Its geographical situation has given Gravesend strategic importance throughout the maritime and communications history of South East England. A Thames Gateway commuter town, it retains strong links with the River Thames, not least through the Port of London Authority Pilot Station. 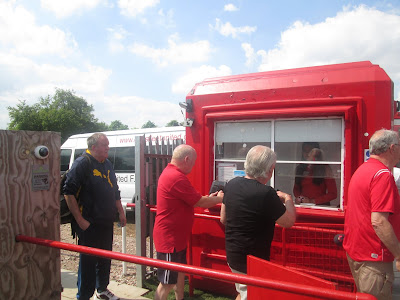 Punjab United FC was founded in 2003. Progression enabled the club to join the Kent County League Premier Division in 2016, and in that inaugural season won the Kent Intermediate Challenge Cup. They were finalists in the Kent County League Cup and were crowned the 2016-17 League champions. The club were the first Asian team to win the league and did so with the highest league points total in the history of the league. The club currently competes in the Southern Counties East League. Premier Division. 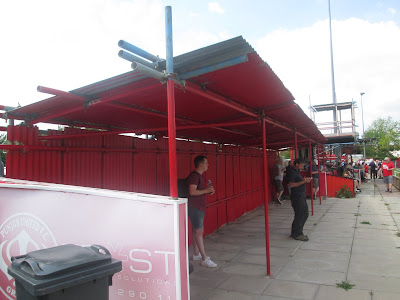 Even with the one 3rd discount afforded by my railcard, the fare from Cheshunt to Gravesend was showing as £18.50 for a cheap day return. However, by using my oyster card I could get to Dartford for £2.20 each way. From Dartford to Gravesend the rail fare was just £3.45 return, totalling £7.85. I decided to put this saving to good use and invested some of it in a cooked breakfast whilst tapping out of oyster at Dartford before catching a later service to Gravesend. 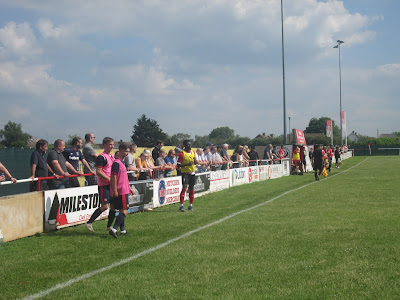 On arrival at Gravesend, I was in need of refreshment and with the teetotal Fridge Magnet I adjourned to The Mole Hole for some ale whilst he scoured the local charity shops for treasure. At this excellent micropub, situated only a short distance from where the Tilbury ferry docks, I was able to enjoy a chat with Tales from the Riverbank who was on a day out in Gravesend, having arrived on said ferry. Gresham Hopper (3.7%) from Titsey Brewing Co is “a hoppy pale ale with a refreshing kick”. Mole Hole Pale Ale (3.7%) from Iron Pier is the house ale and a very tasty session beer. I thoroughly recommend this friendly establishment. 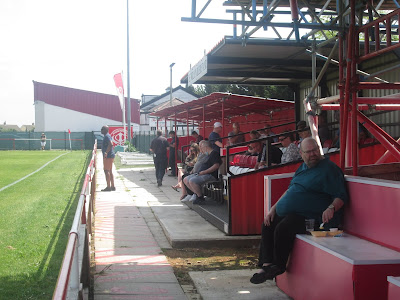 Our walk took around 45 minutes. On a hot afternoon we were grateful to Bernie, a gentleman who offered us a lift after seeking directions. We were in the car all of twenty seconds before we spotted the entrance to the to the Steve Cook Stadium!! The ground is quirky in that it is made up of a number of different structures painted in red, the club’s dominant colour. This includes a couple of covered seated stands and a separate covered standing area (very welcome in the scorching heat), along with the clubhouse and refreshment facilities, situated along the main side of the pitch where you enter the ground. The changing rooms are situated behind one of the goals, along with some more red coloured buildings. 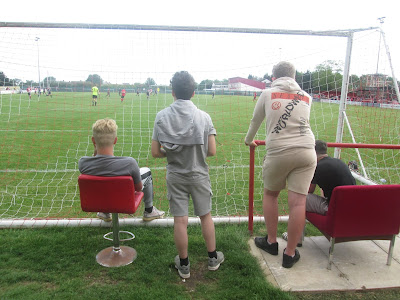 This match saw visitors, Chatham Town, take the early initiative. They really ought to have been out of sight, but a combination of missed chances and last ditch defending ensured otherwise. A sending off for a home player mid-way through the first period should have enhanced the trend, but strangely had the opposite effect. Punjab had a couple of half-chances themselves and you could see the frustration for some of the Chatham players. 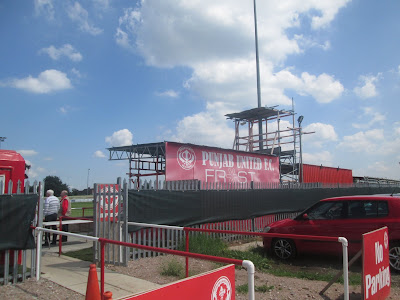 As expected, the visitors took control of the second period and made their advantage in numbers count, scoring three goals for a comprehensive victory. An enjoyable match which Kerry Fairless will tell you was enhanced by the samosa and curry pancake roll that he enjoyed! Bernie was on hand to provide us with a very welcome lift back to the town centre after the match. My onward journey via Dartford, Greenwich, Canary Wharf and Stratford was straightforward. Although a bit longer than it could have been, it was a lot cheaper.