Sunderland is a city in North East England which was formerly a county borough, and is now part of the City of Sunderland in Tyne and Wear. The name "Sunderland" is reputed to come from Soender-land, likely to be reference to the valley carved by the River Wear that runs through the heart of the city. Over the centuries, Sunderland grew as a port, trading coal and salt. Ships began to be built on the river in the 14th century. By the 19th century, the port of Sunderland had grown to absorb Bishopwearmouth and Monkwearmouth. Sunderland became a city in 1992.This was my first visit to Roker Park and therefore my first experience of the Roker Roar. We had travelled by train to Newcastle and had caught a connecting service to Seaburn, the nearest station to the ground leaving a 10 - 15 minute walk. Roker Park had that traditional football ground feel about it. The banter on the terraces was good and on a couple of later visits we stood on the terracing opposite the main stand. 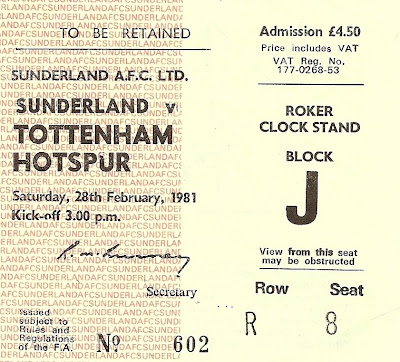 Total visits to this venue = 10