Clydebank is a town in West Dunbartonshire, Scotland. Situated on the north bank of the River Clyde, Clydebank borders Dumbarton to the west, as well as the town of Milngavie and the Yoker and Drumchapel districts of the adjacent City of Glasgow. The town encompasses part of the Antonine  Wall, including the site of one of the forts built at regular intervals along the wall. In 2008, the Antonine Wall was designated as a World Heritage Site, as part of a multinational Heritage Site encompassing the borders of the Roman Empire. Before 1870, the area, which later became Clydebank, was largely rural, and agricultural. It consisted of some villages, farms and estates, with some small-scale mining operations, several cotton mills and some small boatbuilding yards. 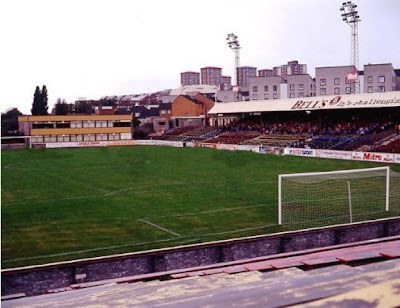 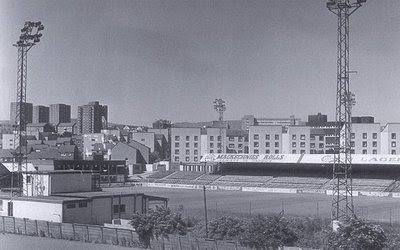 Clydebank FC was formed in 1965 by the Steedman brothers, who were still convinced of the potential for senior football in the town despite the abortive merger. Although in many senses a resumption of Clydebank Juniors, albeit at a different level, they were technically a brand new club. Clydebank had to wait a year in the Combined Reserve League competing against Jordanhill Training College, Glasgow Corporation Transport, and the Third XI's of the Old Firm before being elected to the Scottish League in 1966. 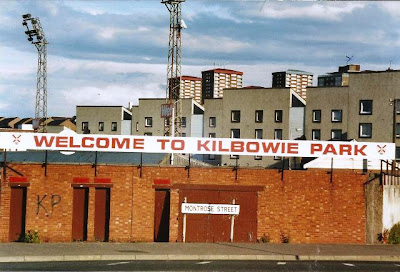 This Pieman was in Glasgow to watch Spurs play at Ibrox Park on the Sunday. This match at Clydebank presented an opportunity to visit a new ground and those present enjoyed a six goal encounter. The nearby Singer railway station was used, facilitated by the frequent services from Glasgow. 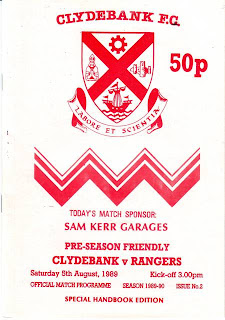 My father in law was the sponsor. I used to go to the home games with my dad, Chris, and we met the Casey family there. Memories galore.