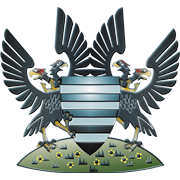 Salisbury is a cathedral city in Wiltshire, England and the only city in the county. It is the second largest settlement in the county (the largest being Swindon). It has also been called New Sarum to distinguish it from the original site of settlement to the north of the city at Old Sarum, but this alternative name is not in common use. The city is located in the southeast of Wiltshire, near the edge of Salisbury Plain. It sits at the confluence of five rivers: the Nadder, Ebble, Wylye and Bourne are tributary to the Avon, which flows to the south coast and into the sea at Christchurch, Dorset. Salisbury railway station serves the city, and is the crossing point between the West of England Main Line and the Wessex Main Line, making it a regional interchange. There is evidence of Neolithic settlement on the hilltop of Old Sarum, which became a hill fort in the Iron Age. The Romans called this fort "Sorviodunum"


A Salisbury Football Club has existed since the late 19th century, the original Salisbury City Club playing in the Southern League Second Division Between 1906 and 1911. However, the present club was formed on 12th February 1947, a natural successor to the old Salisbury City and Salisbury Corinthians Clubs that both disbanded in the difficult economic times following World War 2. Salisbury Football Club entered the Western League and enjoyed immediate success, winning its first 19 League matches, and thereafter the Second Division title. During that season, the club’s record attendance of 8,902 flocked to Victoria Park, paying £290 in gate receipts, to witness the championship decider, a 1-1 draw against Weymouth in April 1948. Salisbury Football Club remained members of the Western League until 1968, and had great success, rarely finishing outside of the top six, winning the Championship in seasons 1957/58 and 1960/61. During this period the club also won the Wiltshire Premier Shield six times, the Hampshire Senior Cup twice and the Western League Cup.


This Pieman visited Victoria Park for a pre-season friendly match against a young Tottenham Hotspur side. I walked from the railway station to the centrally located ground which was part of a wider public park. The home side won this encounter 2-1. 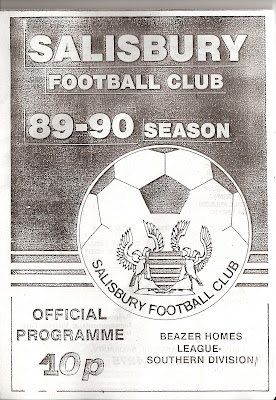