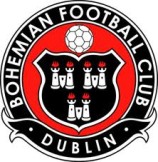 Phibsborough is a mixed commercial and residential neighbourhood located about two kilometres north of the city centre of Dublin. It is bordered by Glasnevin to the north, Drumcondra to the east, Grangegorman to the west, and the King's Inns on Constitution Hill, to the south. The commercial centre of Phibsborough is located around the crossroads of the Phibsborough and North Circular Roads, commonly known as Doyle's Corner.  The convenient location, combined with easy access and good public transport facilities led to the rapid economic expansion of Dublin in the sixties and the conversion of larger family homes into bedsitter flats.


Bohemian FC was formed in 1890, when a small group of aspiring footballers from Bells Academy, a civil service college, joined with students from the Hibernian Military School to partake in the fledgling Dublin scene of Association football.  It is difficult to ascertain the precise inspiration behind the adaptation of ‘Bohemians’ as the most suitable name for the new club. Tony Reid, in his Official Club History of Bohemian A.F.C. published in 1976, stated that ‘Frank Whittaker’ proposed the name Bohemians because the player’s wanderings in search of a suitable playing venue reminded one of a bunch of ‘gypsies’, and as such, ‘they were truly Bohemian in spirit’. 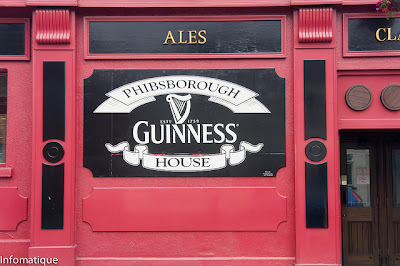 Located in Phibsborough, Dalymount Park was originally common land with a large vegetable plot and known as Pisser Dignam's Field until it was taken over by Bohemian FC. It hosted its first game on September 7, 1901, between Bohemians and Shelbourne F.C. and in front of an attendance of around 5,000. On a very warm Sunday afternoon this Pieman, after a few pints of the obligatory Guinness, witnessed Tottenham Hotspur beat their Dublin hosts 2-0. 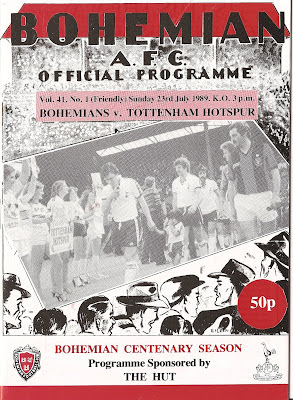 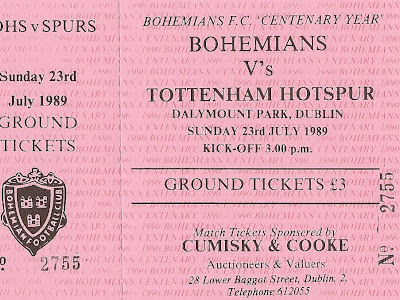