Slough is a large town in Berkshire, on the western fringes of Greater London, 20 miles west of central London, 3 miles north of Windsor, 7 miles east of Maidenhead, and 21 miles north-east of the county town of Reading. It is between the Thames Valley and London and at the intersection of the M4, M40 and M25 motorways. From the mid-17th century, stagecoaches began to pass through Slough and Salt Hill, which became locations for the second stage to change horses on the journey out from London. In 1849, a branch line was completed from Slough railway station to Windsor and Eton Central railway station, opposite Windsor Castle, for the Queen's convenience. During the Great Depression of the 1930s, many unemployed Welsh people who walked up the Great West Road looking for employment settled in Slough. 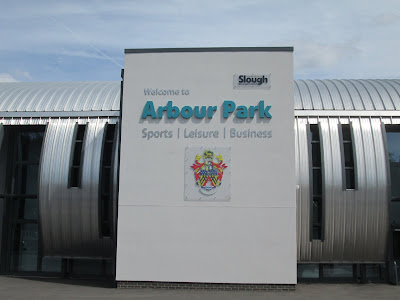 The history of the Slough Town FC began in 1890 when three teams Swifts, Slough Albion and Young Men's Friendly Society formed a new club, Slough FC between them. The team initially played in the Southern Alliance before later moving on to the Great Western Suburban League. In 1921 it attempted to join the Isthmian League but lost out to Wycombe Wanderers in the voting. Instead Slough chose to join the Spartan League. In 1936 the owners of the club's ground, The Dolphin Stadium, sold up to a greyhound racing consortium, which ordered the football club to vacate the stadium three years later. After being forced to ground share with Maidenhead United for several years, the club agreed to a merge with Slough Centre FC to return to a ground in their home town. The new club took the name Slough United FC. After the Second World War Slough United was reluctant to re-join the Spartan League and led a breakaway movement to form a new league, which became the Corinthian League. It was from this that the club derived its nickname of "The Rebels". Shortly after this the two clubs which had merged to form Slough United separated once again, with the former Slough FC. continuing under the new name of Slough Town FC. Slough Town won the Corinthian League in 1950–51 but in 1964 the league folded and Slough, along with many other former Corinthian clubs, joined an expanded Athenian League. The Rebels were champions of this league on three occasions, with the third win earning promotion to the Isthmian League in 1973. During the 1980s they were league champions on two occasions, the second of which brought promotion to the Football Conference. Slough lasted four seasons at this level, were relegated back to the Isthmian League, bounced back at the first attempt, and then played three more seasons of Conference football. 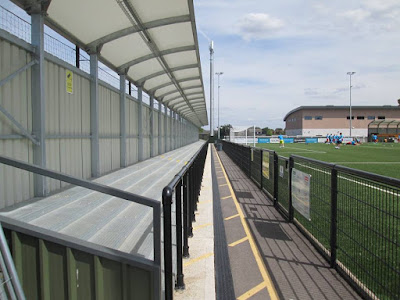 My journey was designed to save money and by using the Central Line interchange at Ealing Broadway, I achieved this objective. Four trains per hour run from Ealing Broadway to Slough. On an extremely hot day, modern rolling stock with air conditioning was an absolute treat. On arrival at Slough, I had time to visit the imaginatively named Moon and Spoon (JD Wetherspoon) where I was able to sample Ucifer (4.2%) from the relatively local Rebellion Brewery (Marlow). From here it was one straight road, back past the railway station to Arbour Park. The ground is a little over ten minutes walk from the station. I had visited Wexham Park, the former ground of Slough Town on a couple of occasions; I recall that venue being reasonably close to the station in a similar direction. The new venue is nearer. 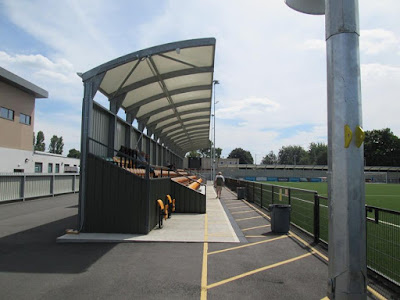 I was immediately impressed with the design of Arbour Park. The main seated stand is a fine structure with good views of all areas, although it is unlikely that I would want to sit in the front row, as the perimeter fence is a slight hindrance. A narrower seated stand is situated on the opposite side of the pitch but facing west on a scorchingly hot afternoon was a no go area for many. That said, the views from this stand are also good. Both ends contain full length covered terracing. There is a licensed bar upstairs at the back of the main stand along with a snack bar. This Pieman feeling rather parched following his photographic exploits in circling the ground was able to enjoy Rebellion IPA (3.7%). This copper coloured, easy drinking beer enthuses well balanced malt and hop flavours continuing to a long, refreshing and clean finish. 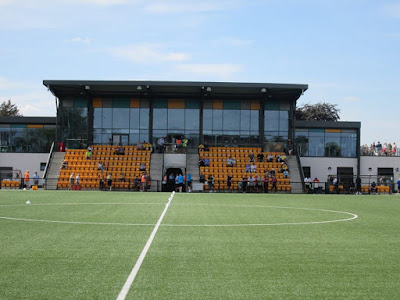 This match saw the newly promoted home side host Hampton & Richmond Borough. On three minutes the visitors had taken the lead when a well worked attack saw Chris Dickson release Zak Joseph on the left. Joseph raced onto the ball, taking a touch, before unleashing a powerful effort into the top left corner, which keeper Jack Turner had no chance with. In the 25th minute the hosts drew level when James Dobson’s deep cross from the left wing found Warren Harris at the back post, with the winger heading into the ground, and beating Tom Lovelock. 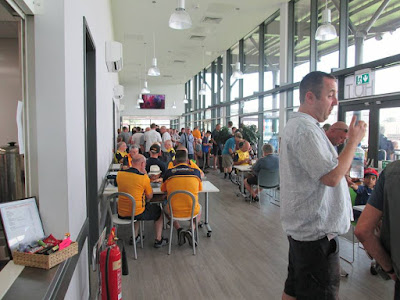 Slough Town increased their hold on the match in the second period and will consider themselves unfortunate not to have taken all three points. Doughnuts were being sold by representatives of the school adjacent to the ground, the proceeds of which were to fund an orphanage overseas. The ice cream van inside the ground was also doing a decent trade, which was hardly surprising. 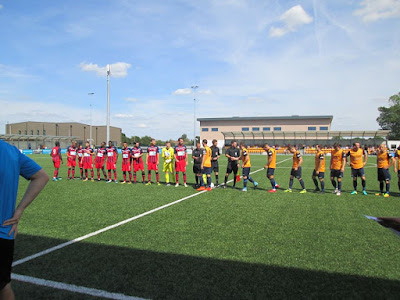 Despite extremely hot conditions, I really enjoyed my visit to Arbour Park. The facilities are excellent and the 3G artificial surface (another really good one) means that this could be saved for when the weather is at the other end of the spectrum. 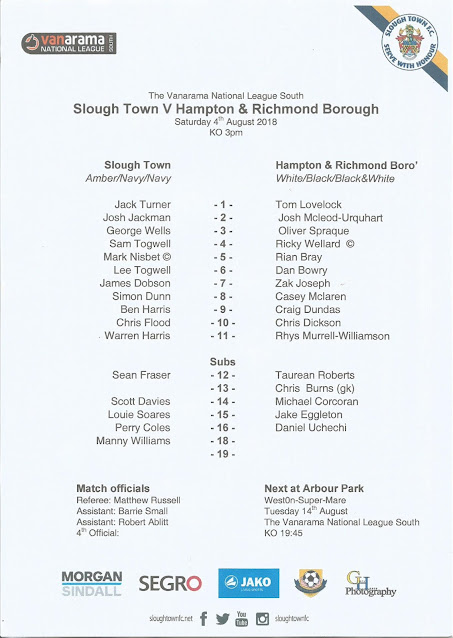 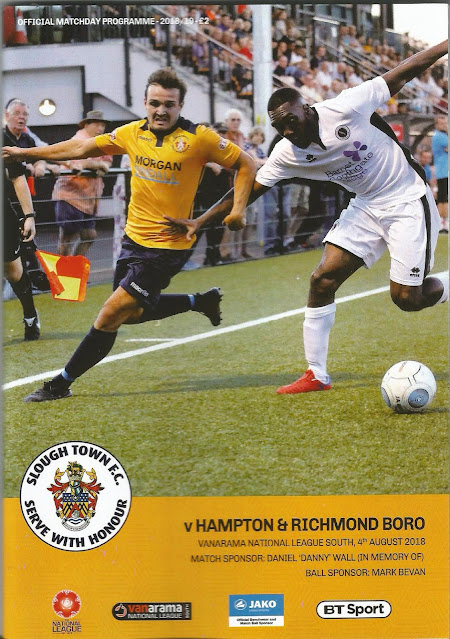