The London Borough of Lewisham was formed in 1965, by the London Government Act 1963, as an amalgamation of the former area of the Metropolitan Borough of Lewisham and the Metropolitan Borough of Deptford, which had been created in 1900 as divisions of the County of London. Minor boundary changes have occurred since its creation. The most significant amendments were made in 1996, when the former area of the Royal Docks in Deptford was transferred from the London Borough of Greenwich. The borough is surrounded by the Borough of Greenwich to the east, the London Borough of Bromley to the south and the London Borough of Southwark to the west. The River Thames forms a short section of northern boundary. Lewisham's council, unlike most English councils, is led by a directly-elected mayor. The first mayoral election was in 2002 and was won by the Labour Party candidate, Steve Bullock, who was re-elected in 2006, 2010 and 2014. Following the 2018 council elections, there are 54 Labour Party councillors and none for other parties.

Lewisham Borough FC was established in 2003 as a merger of Elms, Moonshot and Ten Em Bee. They were admitted to Division One West of the Kent County League and went on to win the division at the first attempt. The club were promoted to the Premier Division, which they won in 2005–06. In 2011 they were founder members of the Kent Invicta League. The club subsequently finished bottom of the league in 2012–13, 2014–15 and 2015–16. In 2016 the Kent Invicta league merged into the Southern Counties East League, becoming its Division One. The club finished bottom of the division again in its inaugural season. Shortly before the start of the 2018–19 season, the club resigned from the Southern Counties East League. However, they were reinstated to the league a day later. 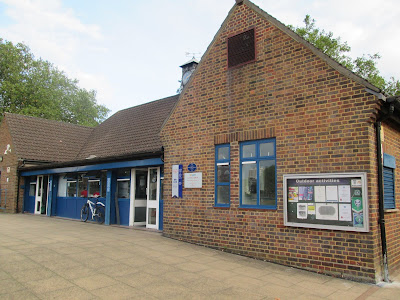 My journey from Cheshunt involved catching a train to Stratford, then the Docklands Light Railway to Lewisham (changing at Canary Wharf). From Lewisham I caught a train one stop further on to Ladywell from where it was a very pleasant stroll through a public park to the ground. Heading south towards Catford, keeping the railway on your right, the ground is soon visible on the left. The entrance is at the far end and this is the only access. 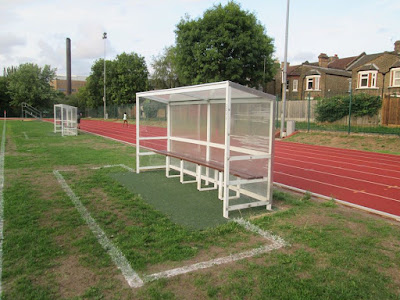 The Ladywell Arena is a multiple use sports arena. It is used by the Kent and Blackheath Harriers athletic clubs in addition to both Lewisham Borough and Forest Hill Park football clubs. The arena has a six lane 400m all-weather running track, a football pitch and a gym. 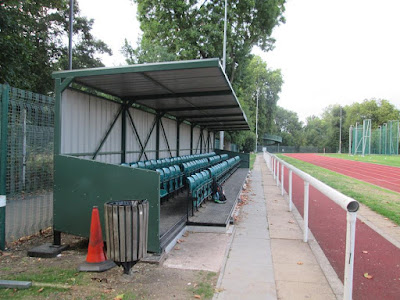 On arrival at the ground, I was greeted by Ray Simpson, the Chairman and Secretary of Lewisham Borough FC. Ray was taking admission money, handing out programmes and also serving refreshments at half time. A shame really that he was not in goal for the hosts as the chap between the sticks for the first twenty minutes did not appear to be a regular goal keeper, despite what he may have told the home side’s coaching staff. That said, I don't think he was at fault for the two goals he let in. 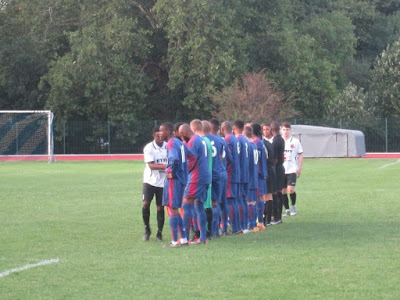 The only spectator viewing facility is a covered seated stand along one side of the pitch, more than adequate for this level of football. There is also a rather good refreshment facility with TV in the main building. The usual fare of hot and cold drinks (beer in the fridge too) and confectionery is available and I’m sure I saw a hot dog being served. 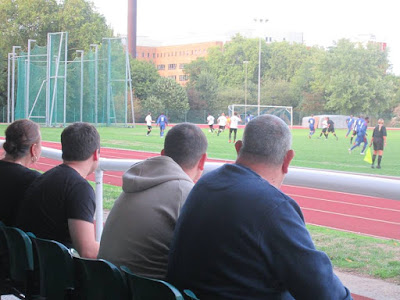 The majority of the match saw the visitors, Sporting Club Thamesmead in the ascendancy and by half time they were already assured of the points, having taken a decisive three-goal lead. A fine strike from around 35 yards further increased this lead, but it was the home side that completed the scoring with a consolation header. Despite the running track, you are still close to the action at the Ladywell Arena and I enjoyed my jaunt to South East London. 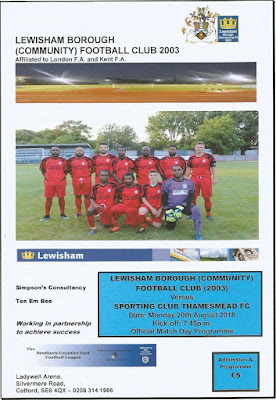