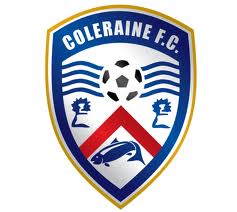 Coleraine is a large town and civil parish near the mouth of the River Bann in County Londonderry, Northern Ireland. It is 55 miles northwest of Belfast and 30 miles east of Derry, both of which are linked by major roads and railway connections.  The Tripartite Life of Saint Patrick records how the town got its name. When Patrick arrived in the neighbourhood, he was received with great honour and hospitality by the local chieftain, Nadslua, who offered him a piece of ground on which to build a church. The spot was next to the River Bann and was overgrown with ferns, which were being burned by some boys to amuse themselves. This incident led to the area being called Cúil Raithin ("nook of ferns"), which was later anglicized as Colrain, Colerain and Coleraine. With some industrialisation, the expansion of the river port, and the development of the railway, the town expanded significantly throughout the 19th century and into the early part of the 20th century. Coleraine steadily expanded after the Second World War. The population doubled due to major industrial development on extensive suburban sites, the decision to site the New University of Ulster in the town, the expansion of commerce and the development of sporting and recreational facilities. 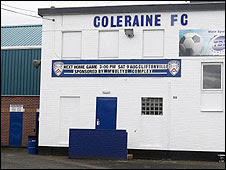 Coleraine F.C. was founded in 1927 and plays its home matches at the Showgrounds. The town of Coleraine has a very distinguished place in the history of football on the island of Ireland. In fact, it is said the very first game of organised football in Ireland was played in the town, with two teams of visiting Scottish sailors putting on an exhibition for locals. Despite this, senior football passed the town by as when the Irish League was formed in 1890, it was almost exclusively a Belfast league. By 1927, the Irish League had expanded to incorporate a number of provincial sides and a successful application was submitted to enter a Coleraine team for the 1927/28 campaign. Coleraine is the only Irish League club to have won two successive all-Ireland competitions, lifting the Blaxnit Cup in 1969 and 1970. Their most bitter rivals are Ballymena United.

A late afternoon kick off enabled this Pieman to fly in and out of Belfast on the same day to watch this Cup-Winners Cup-tie. Tottenham Hotspur eased to a 3-0 victory over their hosts and the fish and chips in town were excellent! 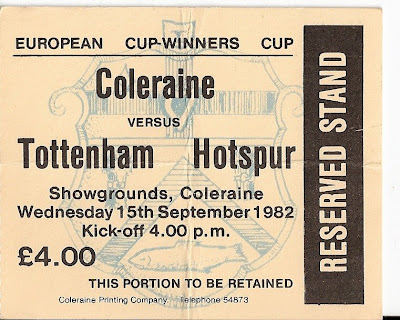