Spelthorne is a local government district and borough in Surrey. It includes the towns of Ashford, Laleham, Staines, Stanwell and Sunbury. The borough is home to a number of large reservoirs, including Queen Mary, Staines, and King George VI, all important bird reserves as is Staines Moor, designated an area of outstanding scientific interest. The borough was formed in 1974 from Staines Urban District and Sunbury-on-Thames Urban District. The urban districts had originally been part of Middlesex; however in 1965 when much of Middlesex was absorbed into Greater London these two were instead transferred to Surrey. 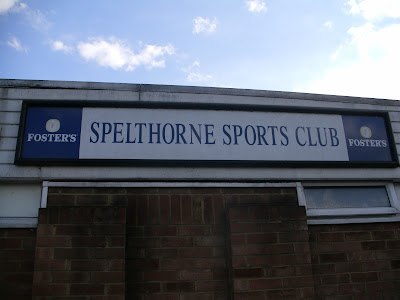 A rare midweek opportunity to visit a new ground was facilitated by catching the half hourly service from London Waterloo to Sunbury on the Shepperton line. The journey takes 46 minutes. On reaching Sunbury, one has to negotiate a number of pedestrian underpasses before finally making it through to the busy Staines Road West. 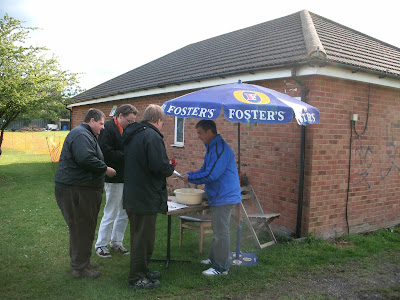 Heading in the direction of Staines, we adjourned to the signposted Tesco store in order to stock up on refreshments. A good call as between there and the ground there was little else to be had. All in all, the walk from the station to the ground (situated alongside Staines Road West) takes a leisurely fifteen minutes. 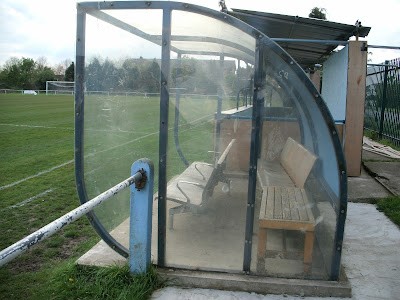 The pitch at Spelthorne Sports Club is fully railed off. The only covered spectator accommodation straddles the half way line. Concrete hard standing runs along both sides of the pitch and the changing rooms and tea bar are housed in a building situated behind one end. A larger building near the entrance to the complex, houses licensed bars with a function area. 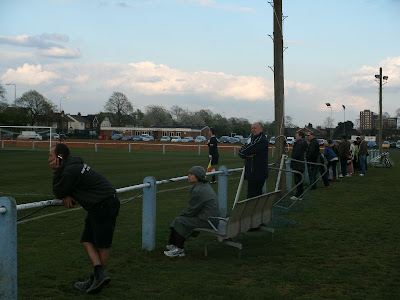 Due to Spelthorne Sports not having floodlights, this match kicked off at 18.30 (18.27 to be precise). A closely contested encounter between local rivals was settled in the favour of the visitors when a forward blocked the home keepers clearance and whilst lying flat out on the ground, hooked his leg round the loose ball and rolled it slowly into the net (description courtesy of Splodge - Fareham Town FC). Fine goalkeeping, in particular a great save in the dying seconds thwarted Spelthorne Sports, who have enjoyed a very good first season at this level. 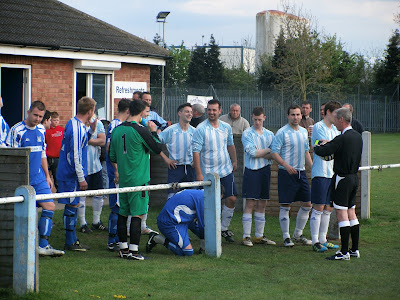 A shorter than usual half time break ensured that the match was completed in daylight but only just. We easily reached Sunbury Station in time to catch the 20:46 Waterloo service and alighting at Vauxhall enabled a good interchange with the Victoria Line. I was back at Tottenham Hale in time to catch the 22:10 service to Cheshunt, which is my usual train home after midweek matches at Spurs! 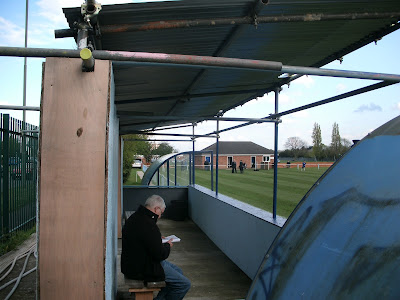 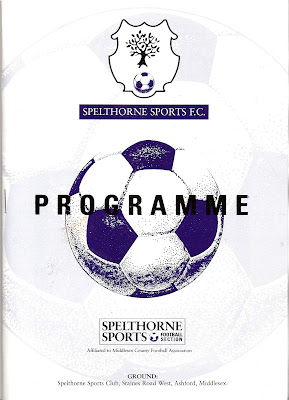