Harlow was built after World War II to ease overcrowding in London at the same time as the similar orbital developments of Basildon, Stevenage, and Hemel Hempstead. The master plan for the new town was drawn up in 1947 by Sir Frederick Gibberd.The development incorporated the market town of Harlow, now a neighbourhood known as Old Harlow, and the villages of Great Parndon, Latton, Tye Green, Potter Street, Churchgate Street, Little Parndon, and Netteswell. The town is divided into neighbourhoods, each self-supporting with their own shopping precincts, community facilities and pub. Gibberd invited many of the country's leading post-war architects to design buildings in the town, including Philip Powell and Hidalgo Moya, Leonard Manasseh, Michael Neylan, E C P Monson, Gerard Goalen,Maxwell Fry, Jane Drew, Graham Dawbarn and William Crabtree. Harlow has one of the most extensive cycle track networks in the country, connecting all areas of the town to the town centre and industrial areas. The cycle network is composed mostly of the original pre-new town roads. 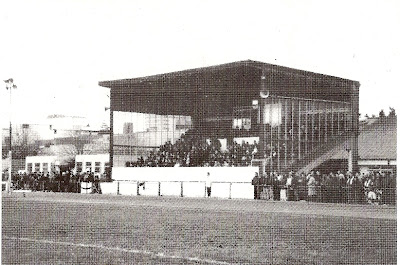 What a game! This ten goal thriller at The Sportcentre was not my first visit to the venue. I had visited numerous times previously to watch my local non-league club but as you might expect record keeping for a teenager was not top priority in those days! I first saw Harlow play in the Athenian League so my first visit would have been prior to 1973/74 when Harlow Town first joined the Isthmian League. Well, what can one say about this match? Southall were leading 4-1 at one stage only for Harlow to bring it back to 4-4. Southall again took the lead only for Harlow to grab a last gasp equalizer. On display that day for the visitors was a young Alan Devonshire, later to play for West Ham United and England. In addition the match referee was Alan Turvey. Goalscorers for Harlow were Tony Gough, John Ashton, Chris Duggan 2 (1 Pen) and Joe Kasza. Southall's strikes were courtesy of Cliff Rapley, Alan Clarke(2), Roger Knowles and Alan Devonshire. 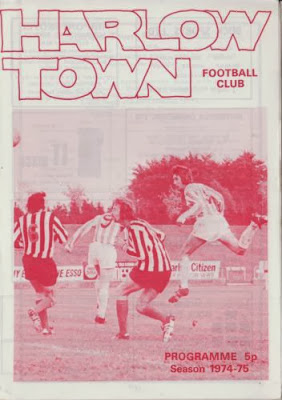 Other visits to The Sportcentre

Total identified visits to this venue = 13 (there were many more!)