Whitley Bay is a town in North Tyneside, in Tyne and Wear. It is on the North Sea coast and has a fine stretch of golden sandy beach forming a bay stretching from St. Mary's Island in the north to Cullercoats in the south. Historically within Northumberland, the town became a holiday destination for the people of North East England and Scotland and remained popular in this regard until the 1980s. The popularity with holidaymakers was helped by the opening of the North Tyne Loop railway line in 1882, connecting the coastal villages to Newcastle. The line followed the route of the present Metro line, and necessitated the building of a new railway station in the centre of the town, as well as another at Monkseaton. Both stations are still in use as Metro stations. 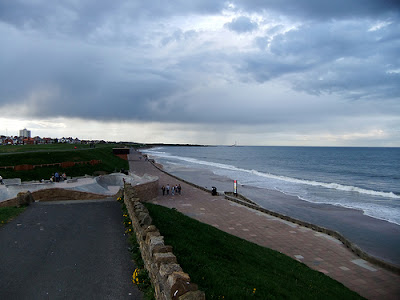 The town was known as Whitley until the 1890s, by which time the confusion of the name with Whitby, in Yorkshire, was often causing mail to be misdirected. The final straw came in September 1901 when an ex-resident died in Edinburgh and his body was to be buried in St Paul's churchyard, Whitley. Unfortunately, the body was transported to Whitby by mistake causing the funeral to be delayed. The council asked residents for suggestions for a new name, and the most popular choice was Whitley Bay. It has since been known as Whitley Bay, but many residents still refer to the town as 'Whitley'. 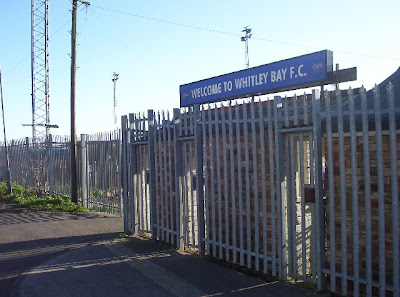 A scrappy match saw the Scottish visitors take all three points with a goal in each half. Dobson in goal for the home side gave a mighty impressive performance but was unable to stop Brown’s expertly taken free kick in first half added time. The second goal did not arrive until the 88th minute when Milligan headed home. Whitley Bay might have fared better had Smith not been red-carded for retaliation early in the match. 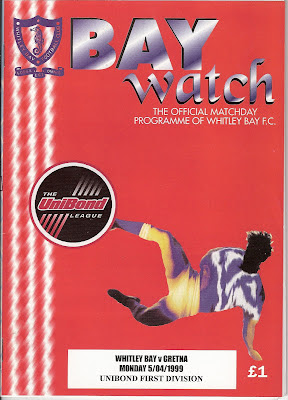