King Henry I, fourth son of William the Conqueror, was born in Selby in either 1068 or 1069. Much of the historical wealth of the town is based upon its position upon the banks of the tidal River Ouse. In the past, Selby had large shipbuilding and mining industries. For a time, Selby was the leading coal mining area in the UK and featured some of the most advanced mining technology in Europe. 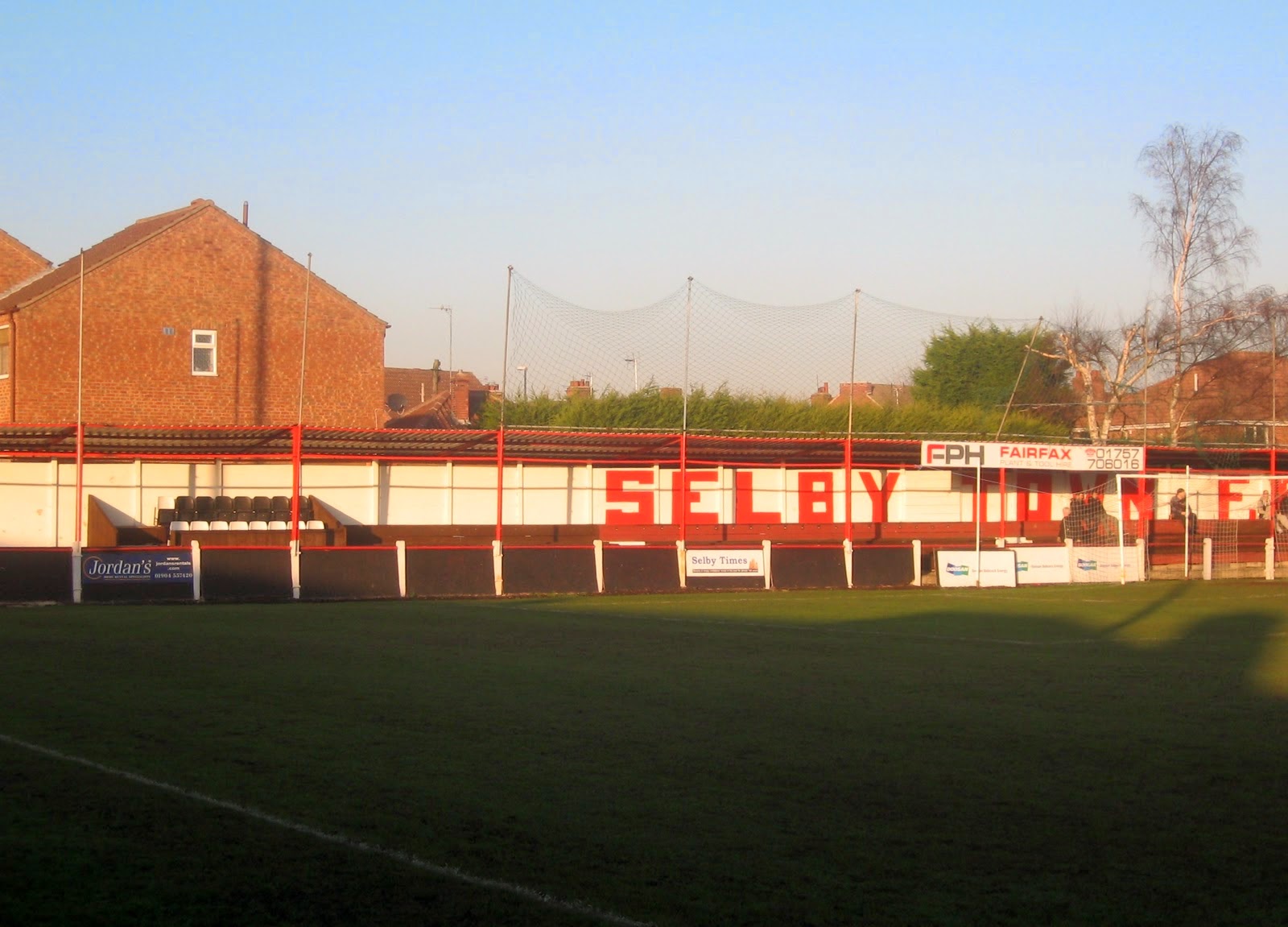 For half term we opted to spend a few days in York and as most will know, this superb location has plenty to offer. Less well known is the North Yorkshire town of Selby. Harry Hotspur was keen to accompany Dad on this Tuesday evening excursion and so it was that we set off for what is my first ever Northern Counties East League club. Arriva run a frequent bus service from York city centre to Selby. Service 415 takes 45 minutes. 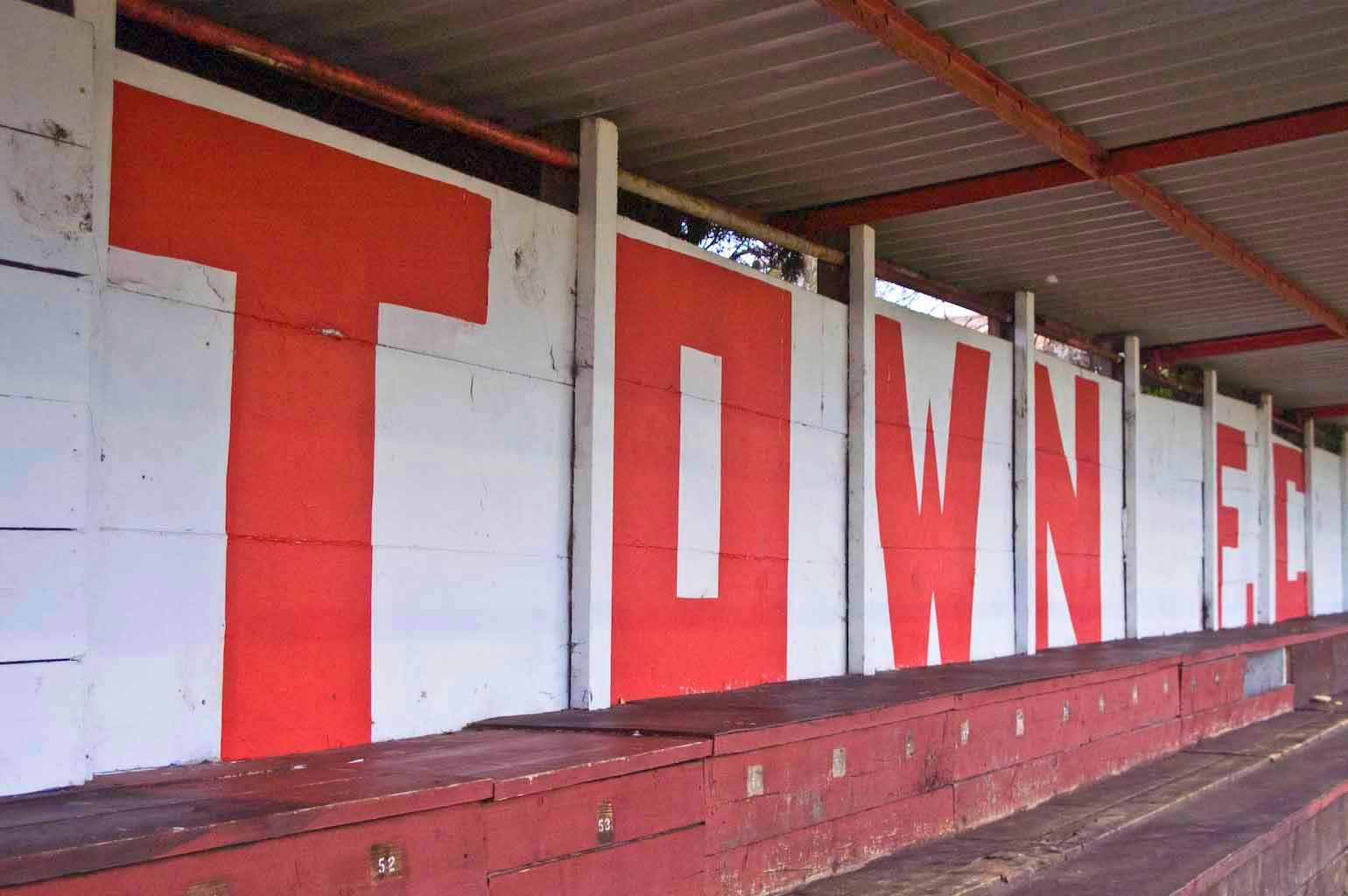 To reach the Flaxley Road Ground from the bus station takes about 10 minutes passing the enormous Selby Abbey before proceeding along the main street. The ground is situated behind the Leisure Centre. The ground was built in the early 1950s and is certainly showing its age. There is no main stand but the majority of one end is given over to seating, most of which is of the bench variety. The remainder of the ground is either terraced or flat surface, This said there is a certain charm about the place. 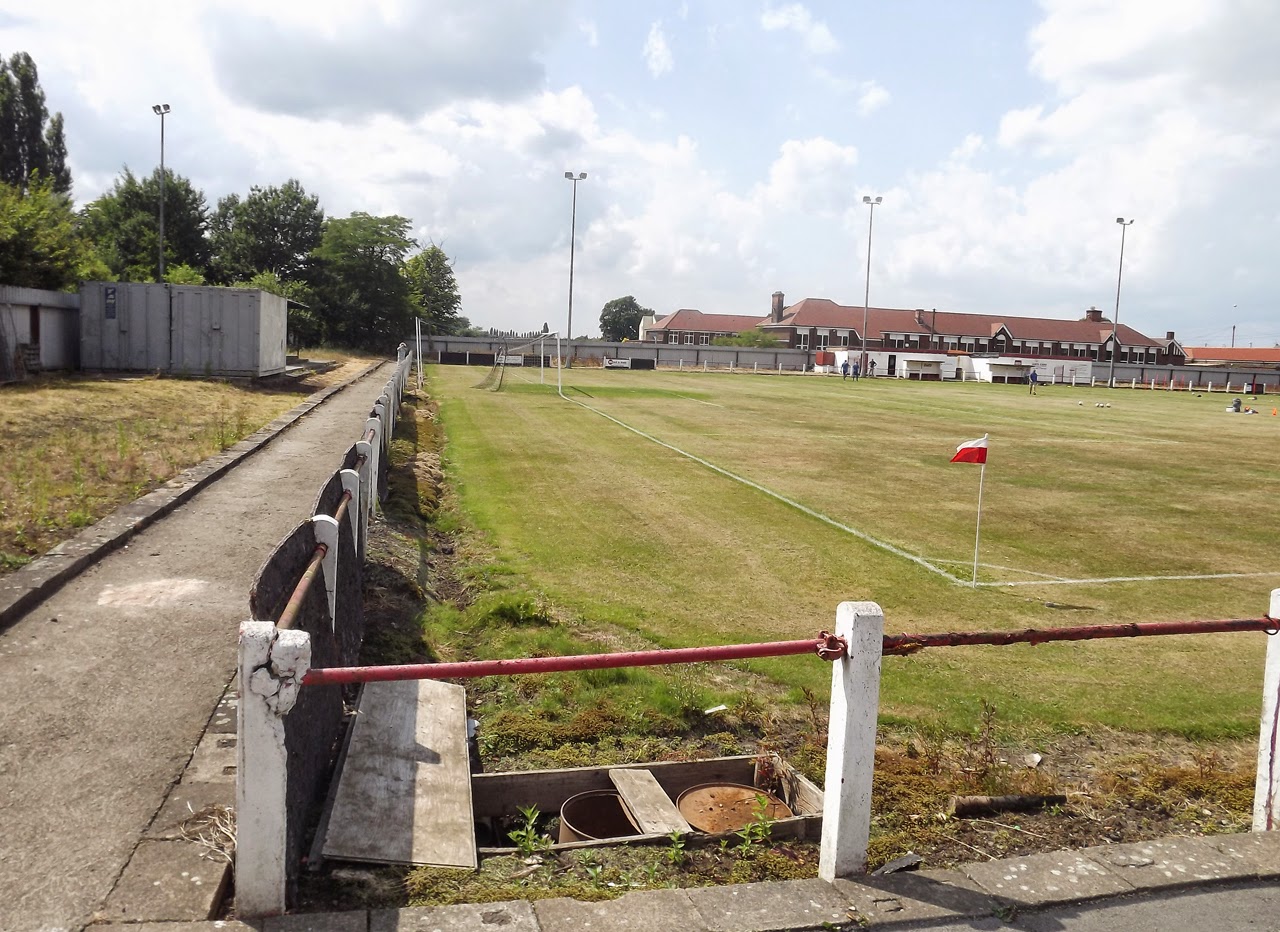 Hotspur (again in ball boy mode) and I witnessed the NCEL League Cup Quarter Final versus Pickering Town. Pickering are still in the FA Vase and are certainly a very good side. On the night though, Selby were more than a match for them and this provided arguably the best match I have seen this season. A real 'cup tie' with surprisingly no goals in the 90 minutes, we headed into extra time and were treated to a cracking drive for Selby's opener (104 minutes) cancelled out by an equally fine strike from Pickering (116). The last bus back to York enabled Hotspur to catch up on his beauty sleep and he was shovelled into bed at the Travel Inn just after 23.00 hrs. 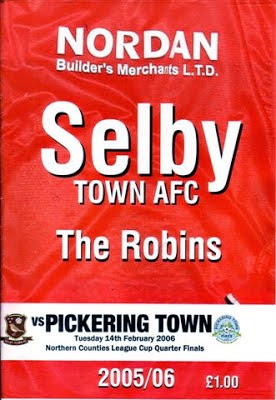