Because Milton Keynes is famous as a new city, visitors to the borough could be forgiven for assuming that it has no history - nothing could be further from the truth! By the time of the Roman conquest in AD 43, it is thought the area was extensively settled and farmed. A major Roman villa, containing some of the finest quality mosaic floors, was excavated at Bancroft Park. The occupants erected a large stone mausoleum on an adjacent hilltop, on the site of an earlier cemetery. The remains of the villa have been preserved and on-site interpretation panels give a good impression of the building and account of life in Roman Milton Keynes. There were other Roman buildings in various parts of the borough and several areas such as Haversham, Stanton Low, Emberton and Olney were extensively settled. Olney has latterly become home to MK Gould, a football legend when gracing the park pitches of Harlow.

The football club has attracted a lot of publicity and criticism following on from the relocation and subsequent name change of Wimbledon FC. There has been a lot said and written on this issue. Emotions have been strained. The Pieman does not agree with the way a football club can be taken away from supporters and believes that a very dangerous precedent was set. However, it did happen and we have to get on with life. 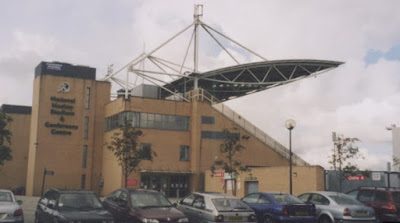 MK Dons currently play at the National Hockey Stadium which is only a few hundred yards away from Milton Keynes Central railway station. A new stadium is being constructed at Denbigh and will host football from the start of the 2007-08 season. This site will be nearer to Bletchley railway station. The Pieman saw his only other Senior match in Milton Keynes in February 1993 when Milton Keynes Borough beat Oxford City 2-1 in the South Midlands League at Manor Fields, Bletchley. 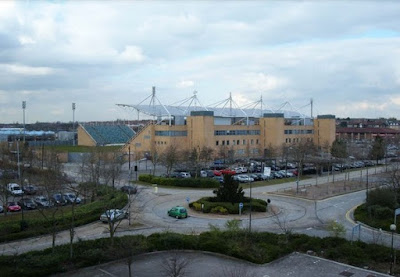 The National Hockey Stadium is only a few minutes walk from Milton Keynes Central railway station and with regular services to/from London, the West Midlands and the North West, this venue is ideally placed. The stadium is, in truth, a bit odd looking. The main stand is decent enough and would not be out of place elsewhere; at the end of the ground housing the home fans there is cover and I guess comparisons could be made with Luton Town. The opposite end (usually used by home fans) is completely open and the forecast was not good for the evening of the match. I am pleased to say that the light rain endured did not inconvenience us too much. Opposite the main stand is another (uncovered) stand which MK Gould informs me is usually used by away fans. 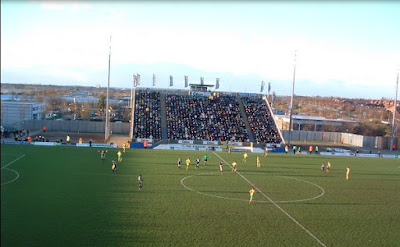 This was only the second occasion (the visit of Luton Town being the other) that MK had sold out this all seated venue and it was the first occasion that they had hosted a Premier League club in a competitive fixture. They resisted the temptation to raise the prices to an unrealistic level (and this will have helped in attracting floating local support. Tottenham Hotspur were comfortable winners on the night but the home side competed well and for the first half hour gave as good as they got. 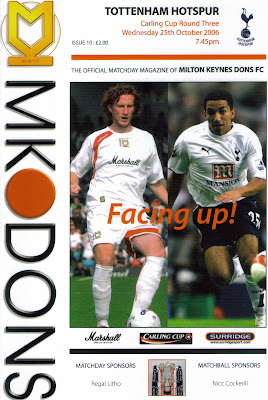 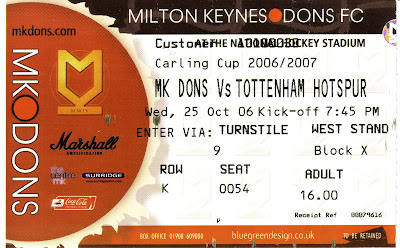