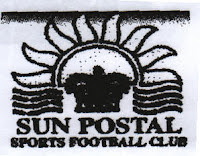 Watford is a town and district in Hertfordshire, situated 21 miles northwest of London and within the bounds of the M25 motorway. The borough lies just to the north of Greater London. Watford is first mentioned in an Anglo-Saxon charter of 1007. It does not get a mention by name in the Doomsday Book, but was included in the entry for the then more important settlement of Cashio which stood half a mile away at the crossroads of the St Albans Road and Hempstead Road near the modern Town Hall. The settlement's location helped it to grow, since as well as trade along this north-south through route it possessed good communications into the vale of St Albans to the east and into the Chiltern Hills along the valley of the River Chess to the west. In 1100 Henry I granted a charter to Watford to hold a weekly market. 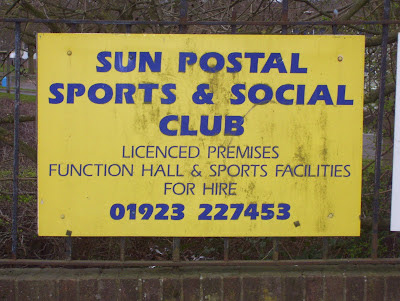 A lesser known fact is that Watford is the home to Sun Postal Sports FC of the Spartan South Midlands Football League. Originally founded as Sun Engraving FC IN 1898, the club changed to the current name following amalgamation with Watford Postal Services in 1995. Prior to then the club had gone under the name of Sun Sports FC. 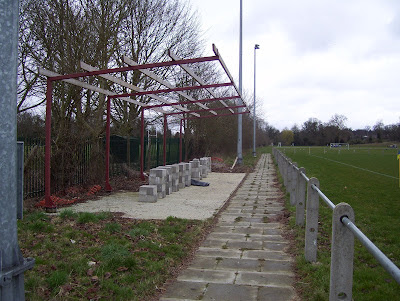 Bellmountwood Avenue can be reached on foot in less than 25 minutes from the main Watford Junction railway station and it was via this route that Harry Hotspur and I arrived at the ground with plenty of time to spare before kick off. 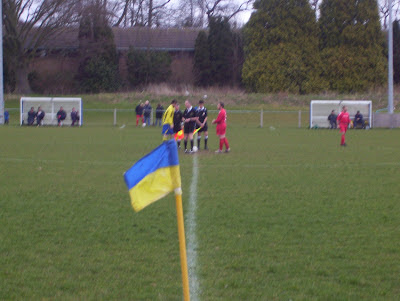 The clubhouse facilities on the complex are excellent, serving not just the main ground but also the surrounding pitches. Hot food is readily available from the bar area. Hotspur and I were able to watch the last half hour of the Man Utd v Pompey FA Cup tie and delighted in watching Sralex throw his chewing gum down in disgust! 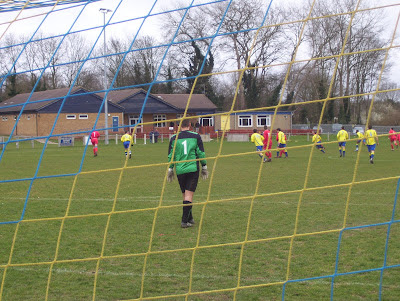 The ground represents a 'work in progress’, as the stand taking shape on one side of the pitch requires plenty of work before completion. The piles of breezeblocks are ready and waiting. When completed, this structure will enhance the spectator facilities at Bellmountwood Avenue. 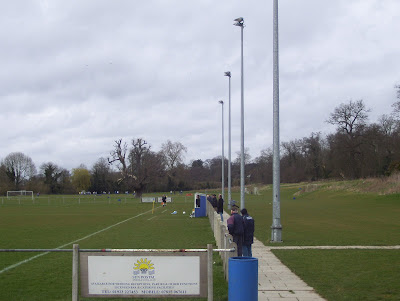 Despite the forecast, the match was played in dry, if blustery, conditions. However, there would have been the opportunity to shelter in front of the clubhouse if necessary. Also the view from inside the said building, located in one corner of the ground is also good and affords a Throp style executive box experience (see Coventry City post - Ed). 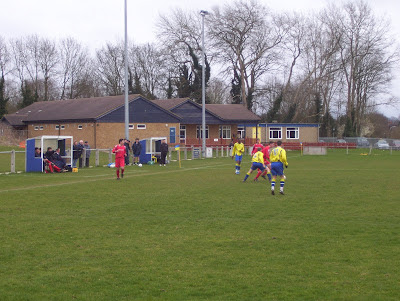 Sun Postal Sports are not having the best of seasons, hovering just above the relegation zone. However, both the Chairman and Manager, via the match programme, expressed determination to gather the necessary points to avoid the drop. Visiting Ampthill Town FC are positioned comfortably in mid table. Those vital points were to elude the home side on this occasion as the Ampthill Mob grabbed the points, courtesy of a brace from Stuart Reynolds. Both sides had their chances but the visitors edged this one with a bit more decisiveness in front of goal. 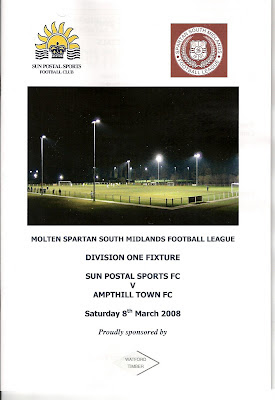