Tel Aviv is located around 32°5′N, 34°48′E on the Israeli Mediterranean Coastal Plain, the historic land bridge between Europe, Africa, and Asia. Immediately north of Jaffa, Tel Aviv is situated on land which used to be sand dunes, and as such has relatively poor soil fertility. It is now on flat land with no notable gradients. As such, its main geographical features are the bluffs above the Mediterranean coastline and the Yarkon River's mouth. In modern times, due to the expansion of Tel Aviv and the Gush Dan region in general, absolute borders between Tel Aviv and Jaffa and between the city's neighbourhoods do not exist. The city is located some 37 miles northwest of Jerusalem, Israel's capital city, and some 55 miles south of the northern port city of Haifa. 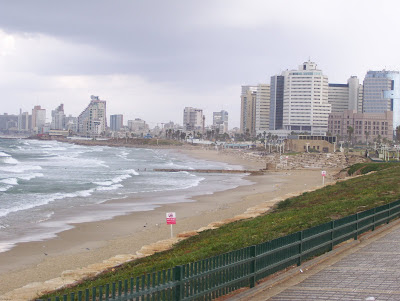 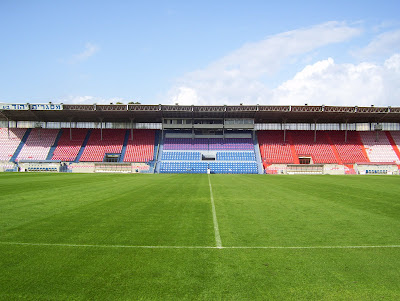 We arrived at Tel Aviv Ben Gurion Airport courtesy of El Al and once aboard the aircraft, the welcome and service throughout was friendly and efficient – a complete contrast to the obstructive behaviour of the airline’s security staff at Heathrow (yes they have a job to do but why go out of your way to alienate and upset passengers? – Ed) 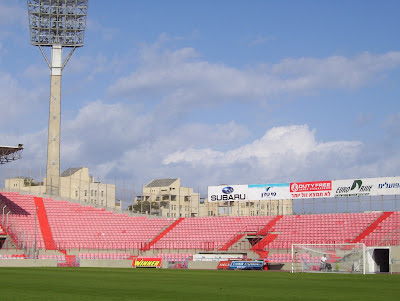 From the airport a short train journey took us into the centre of Tel Aviv from where we opted to walk to our hotel. This was 6.30 in the morning and already it was clear that T-shirts and shorts would be the order of the day and for the rest of our stay. Why are Israeli teams competing in UEFA competitions, when geographically they are not in Europe? OK we all acknowledge the political situation in that region and know the real reason, but I think the catalyst to this was allowing them to enter the Eurovision Song Contest. Setting that precedent meant that UEFA could seek advice from the European Broadcasting Union and effectively have the decision made for them! (Par for the course for UEFA – Ed) 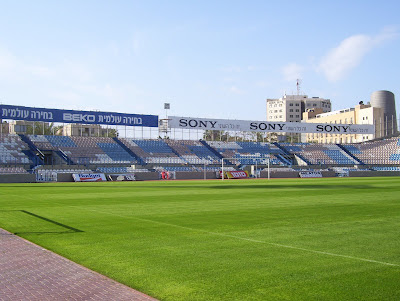 Beer matters – Having already sampled Gold Star on the flight over to Tel Aviv it was good to get plenty of opportunities to try the draft version in bars and restaurants around town. This beer and the other widely available brand, Maccabee, are decent enough and this Pieman preferred them to the equivalent local brews consumed on his recent trip to Cyprus. 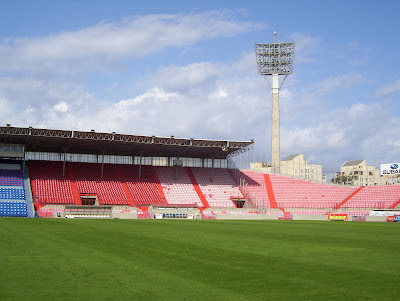 However, Tel Aviv also gave your reporter the chance to sample some specialist brews. The first such occasion was at The Brewhouse on Rothschild Boulevard. Here three different beers are brewed on the premises – Ciderman and I were keen on ‘Moonshine’ at 5%. The food in this establishment was also good and I can recommend the pork chops.

A particular treat on the day of the match was a visit to the seafront restaurant ‘Manta Ray’. Here, whilst chilling out watching the waves crashing in, we discovered the little known bottled beers from Malka. The ‘blonde’ (saison) version was pleasant, whereas the ‘red’ was exceptionally good. Described as a Pale Ale on the bottle, this darker, richer brew needs to be poured carefully (as per Worthington White Shield if you know what I mean – Ed) 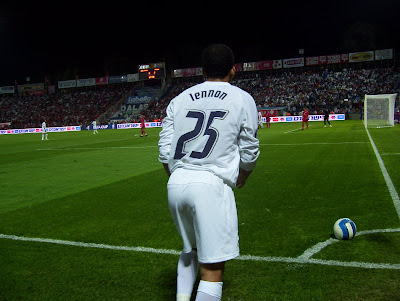 The Bloomfield Stadium is situated in the Jaffa district and has a capacity of 15,700. An all seater stadium, with only the main stand offering cover. We were able to reach the ground from the main hotel area of Tel Aviv in little more than a 20 minute stroll. It falls into that “you can’t miss it” category as you just follow the coast until you see the floodlights. Hapoel share the Bloomfield Stadium with both Maccabi Tel Aviv and Bnei Yehuda Tel Aviv making it the only stadium in the top three divisions of Israeli football to have three tenants. 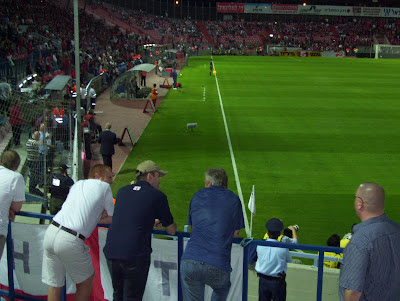 Tottenham Hotspur FC eased to a 2-0 victory over a very poor Hapoel side, who have now lost both of their opening group fixtures. First-half goals from Keane and Berbatov did the damage for the London side who were never under any significant pressure during the match. 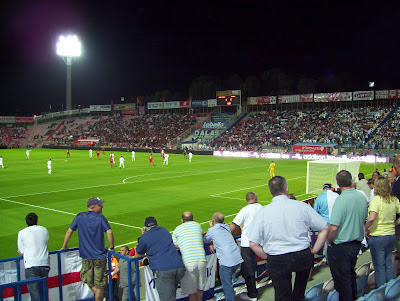 I was impressed with the way the different sections of the Tel Aviv community appeared to get on with each other. We certainly did not experience any difficulty or tension whilst there. The people were friendly and often wanted to know what we thought of the place. They are obviously proud of the town and are keen to enhance the reputation. 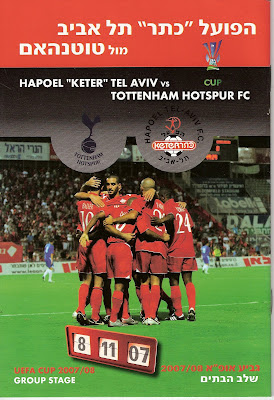 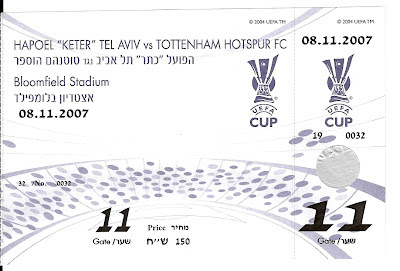