Stamford is a town within the South Kesteven district of Lincolnshire. It is situated on the River Welland, in a south-westerly protrusion of Lincolnshire, between Rutland to the north and west, and Cambridgeshire to the south. It borders Northamptonshire to the southwest at the only point in England where four counties meet. The town originally grew as a Danish settlement at the lowest point that the Welland could be crossed by ford or bridge. Stamford was the only one of the five Danelaw boroughs not to become a county town. Initially a pottery centre, producing "Stamford Ware", by the Middle Ages it had became famous for its production of wool and woollen cloth (known as Stamford cloth). Stamford was a walled town but only a very small portion of the walls now remain. 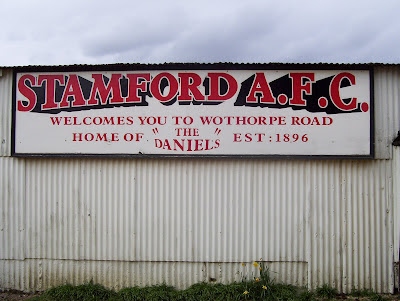 We spent the morning exploring Stamford, in particular the Stamford Museum in Broad Street. It was here that we learnt about Daniel Lambert, one of the heaviest men in history. He was born in 1770 and was to eventually pass away in Stamford some 37 years later. By this time his weight had reached 52 stone and 11 pounds. 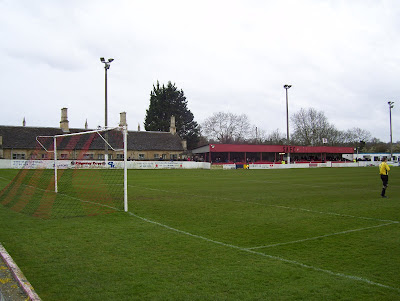 Stamford AFC are known as ‘The Daniels’ in honour of Mr Lambert, although it is fare to say that none of the players or spectators encountered on our visit came close to matching him for size! 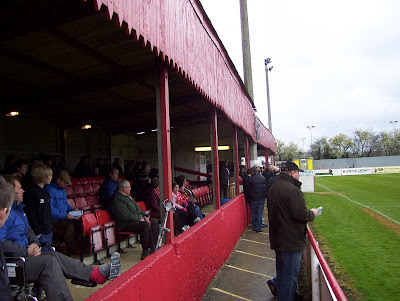 Wothorpe Road lies adjacent, although somewhat higher, to Stamford Railway Station, which is situated behind the covered terracing along half of one side of the pitch. 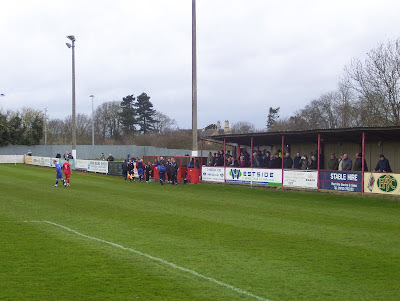 On the opposite side of the ground are the covered seated stand and the clubhouse. Alongside the stand, although not part of the ground, is a terraced row of almshouses. 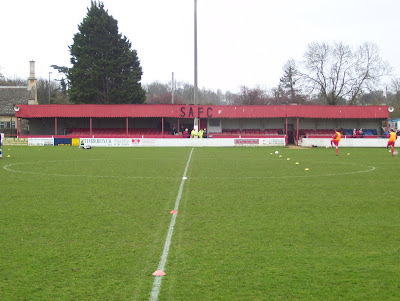 We were struck by the friendliness of the place. Hotspur was delighted to win an Easter egg in the free raffle for children and there was genuine warmth about the club, particularly in the clubhouse. 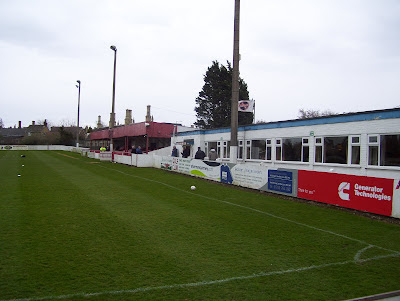 Visitors Hednesford Town took the points from an evenly contested match with 2 late goals. The defeat leaves Stamford looking nervously over their shoulders at the teams beneath them. 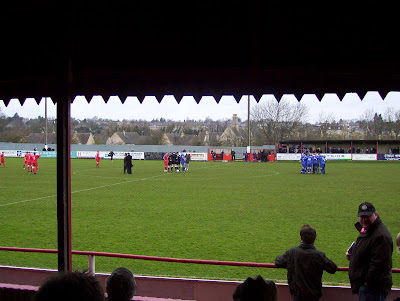 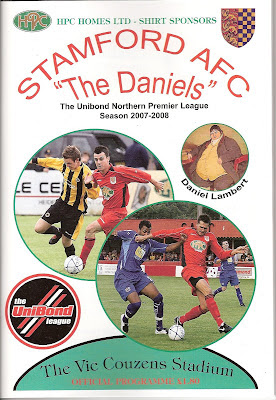