Birmingham is a city and metropolitan borough in the West Midlands of England. Its early history is that of a remote and marginal area. The main centres of population, power and wealth in the pre-industrial English Midlands lay in the fertile and accessible river valleys of the Trent, the Severn and the Avon. The area of modern Birmingham lay in between, on the upland Birmingham Plateau and within the densely wooded and sparsely populated Forest of Arden. There is evidence of early human activity in the Birmingham area dating back 500,000 years, with Stone Age artefacts suggesting seasonal settlements, overnight hunting parties and woodland activities such as tree felling. The many burnt mounds that can still be seen around the city indicate that modern humans first intensively settled and cultivated the area during the Bronze Age, when a substantial but short-lived influx of population occurred between 1700 BC and 1000 BC, possibly caused by conflict or immigration in the surrounding area. Birmingham grew into a major financial centre with extensive international connections. Lloyds Bank was founded in the town in 1765, and Ketley's Building Society, the world's first building society, in 1775. By 1800 the West Midlands had more banking offices per head than any other region in Britain, including London. The city was extensively redeveloped during the 1950s and 1960s. This included the construction of large tower block estates, such as Castle Vale. The Bull Ring was reconstructed and New Street station was redeveloped. In the decades following World War II, the ethnic makeup of Birmingham changed significantly, as it received waves of immigration from the Commonwealth of Nations and beyond. The city's population peaked in 1951 at 1,113,000 residents.

Birmingham City FC was founded as Small Heath Alliance in 1875, and from 1877 played their home games at Muntz Street. The club turned professional in 1885, and three years later became the first football club to become a limited company with a board of directors, under the name of Small Heath F.C. Ltd. From the 1889–90 season they played in the Football Alliance, which ran alongside the Football League. In 1892, Small Heath, along with the other Alliance teams were invited to join the newly formed Football League Second Division. They finished as champions, but failed to win promotion via the test match system; the following season promotion to the First Division was secured. The club adopted the name Birmingham Football Club in 1905, and moved into their new home, St Andrew's Ground, the following year. Matters on the field failed to live up to their surroundings. The club were relegated in 1908, obliged to apply for re-election two years later, and remained in the Second Division until after the First World War. Though Birmingham remained in the top flight for 18 seasons, they struggled in the league, with much reliance placed on England goalkeeper Harry Hibbs to make up for the lack of goals. They were finally relegated in 1939, the last full season before the Football League was abandoned for the duration of the Second World War. The name Birmingham City F.C. was adopted in 1943 and in 1945 the club won the Football League South wartime league and reached the semi-final of the first post-war FA Cup. Two years later they won their third Second Division title, conceding only 24 goals in the 42-game season. Businessman Clifford Coombs took over as chairman in 1965, luring Stan Cullis out of retirement to manage the club. Cullis's team played attractive football which took them to the semi-finals of the League Cup in 1967 and the FA Cup in 1968, but league football needed a different approach. Successor Freddie Goodwin produced a team playing skilful, aggressive football that won promotion as well as reaching an FA Cup semi-final. Two years later, the club raised money by selling Bob Latchford to Everton for a British record fee of £350,000, but without his goals the team struggled. 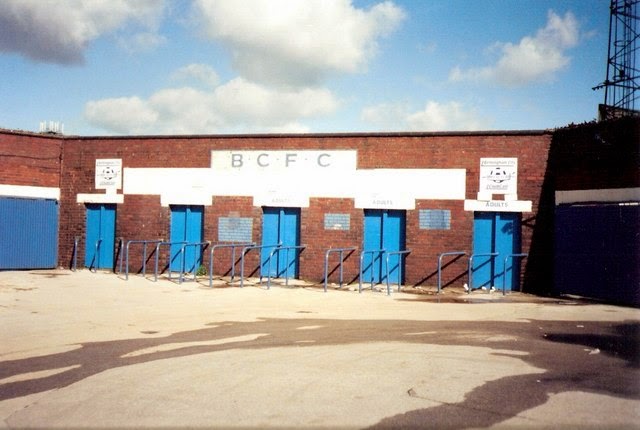 This Pieman travelled to and from Birmingham by Dormobile. This was not the best performance by Spurs as an average Birmingham City team brushed them aside to win 3-1. 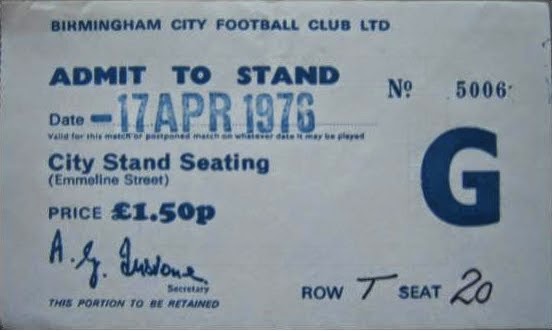 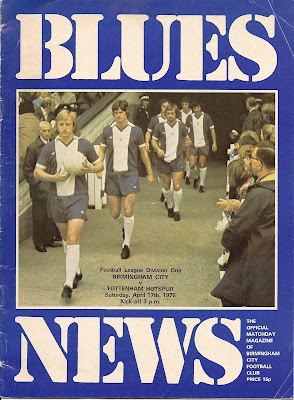 Total visits to this venue = 17