Derby is a city in the East Midlands of England. It lies on the banks of the River Derwent and is surrounded by the shire county of Derbyshire. Measured by Urban Area, Derby is the 18th largest settlement in England. Traditionally, Derby is the county town of Derbyshire, although Derbyshire's administrative centre has in recent years been Matlock. As home to Lombe's Mill, an early British factory, Derby is considered a birthplace of the Industrial Revolution. With the arrival of the railways in the 19th century, and because of its strategic central location, the city grew to become a centre of the British rail industry.

I almost did not attend this match. I had previously learned that there was a possibility of a lift from Harlow to the Baseball Ground. However, as by Friday afternoon, my school chum and I had heard nothing, we assumed the trip would not go ahead. I spent Saturday morning kicking a ball around a local school playground and it was only when I made my way home for lunch that said chum spied me and yelled "get home quick, your mum has packed your lunch - we're going to Derby." 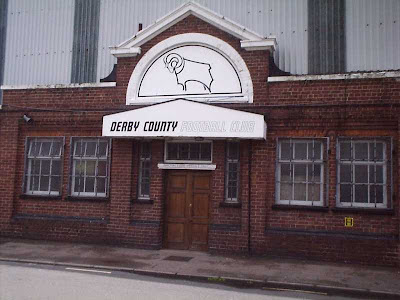 We reached the ground with plenty of time to spare in order to join the rest of the 24,216 crowd. At half time the match was close with Derby holding a 3-2 lead. Spurs, although being given problems by a fine attacking County side had scored through a Keith Osgood penalty and Steve Perryman. However your young correspondent was about to have his world torn apart as Derby were rampant in the second half scoring a further 5 goals. 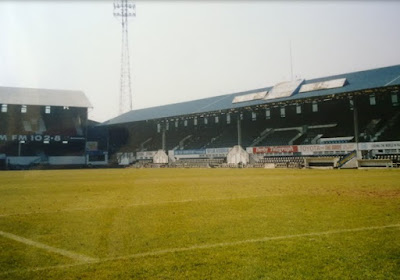 This was to be the season that Spurs were relegated from the top flight and in all honesty it was always going to happen. Although the heaviest defeat, this was not the only time that Spurs were trounced on their travels. Relegation to the second tier proved to be a blessing as within a few years following an instant return, Keith Burkinshaw transformed the side into what at the time was the most entertaining to watch in the entire Football League. Neutrals would flock to watch Spurs on their travels. Hoddle and a couple of South Americans also had a lot to do with that. 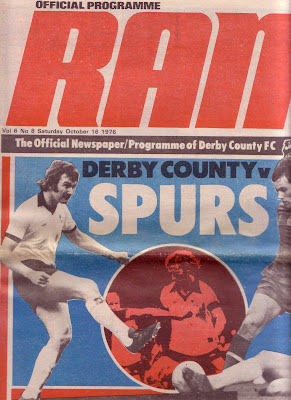 Subsequent visits to the Baseball Ground

Total visits to this venue = 10